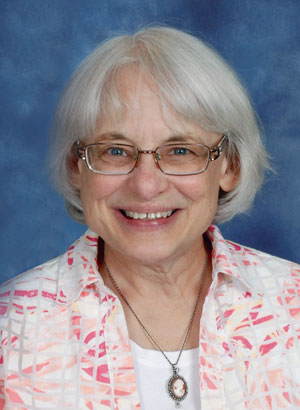 Had the authors of “Let’s Work for Safe Vaccines” (August) remained with anecdotal reports and personal narratives, this response would not be necessary. But they included ethical imperatives for the church based on medical and scientific claims, so their opinion merits close examination.

The modern concept of autism was introduced by Leo Kanner in 1943. Theories about the cause(s) abound, while searches for cures remain elusive, which is confusing and frustrating for parents. The Hershberger family has experienced this reality in varying degrees for 31 years, living with son Jeff and his autism.

The mainstream research consensus holds that an underlying genetic predisposition combined with exposure to some environmental condition(s) precipitate the onset of the condition. Obviously this formulation is broad and vague, with gaps to be explored and filled. The vaccine theory has been one recent effort to fill the gaps.

Controversy over vaccinations and autism intensified in the late 1990s with a publication in the United Kingdom by Andrew Wakefield, MD, who claimed a link between a vaccination for mumps, measles, and rubella and autism.

He is a charismatic, authoritative speaker as the Hershbergers attest. But other researchers could never replicate his findings. Further investigation found clear evidence of fraud in his research. Subsequently, the British General Medical Council ruled that Dr. Wakefield acted “dishonorably and irresponsibly.” He lost his medical license.

The vaccine controversy moved on to the influence of thimerosal on autism. After years of vigorous public debate, the U.S. Court of Federal Claims, the so-called “vaccine court,” ruled emphatically in a landmark decision in 2010 that a thimerosal-related cause of autism was scientifically unsupportable, and claimants were not due financial compensation based on the evidence presented.

This ruling has not resolved the matter for those who suspect alliances for self-interest among some scientists, pharmaceutical companies and the government. One might infer from “Let’s Work for Safe Vaccines” that the recommended vaccine schedule is based significantly on the work of one doctor rather than a group of professionals with diverse areas of expertise called the Advisory Committee on Immunization Practices. Their recommendations are accepted in medical schools and hospitals across the United States.

True, thimerosal does contain a type of mercury, ethyl mercury. However, mercury is also present in the environment in the form of methyl mercury, which has toxic potential. Thimerosal has been removed from childhood vaccines in the United States since 2001, yet the autism rate has climbed. Single-factor hypotheses about the cause of autism remain elusive to date, but based on six large scientific studies, thimerosal is not even one factor among the many.

Part of the issue at hand may relate to the critical difference between causal versus correlation studies and findings. Just because one event happens after another event does not mean one causes the other. A child could develop autism symptoms after a particular vaccination, but that does not necessarily establish cause and effect by scientific standards of analysis. Children are given vaccinations at the age when autism is often diagnosed, but vaccinated children do not have higher rates of autism. Autism Speaks, reportedly the nation’s largest independent, nonprofit autism science and advocacy organization, recognizes that despite many studies, no link between vaccines and autism has been found; consequently they urge parents to obtain vaccines for their children.

The call to “work for safe vaccines” is desirable beyond dispute. But if there is an implicit goal or expectation for guaranteed safety before supporting the administration of any vaccine, the call is diversionary. All medicines, medical procedures and interventions have risks. Medical ethics requires providers to explain the risks and side effects in order to obtain informed consent before treatment. The issue is whether or not those risks outweigh the risks of inaction or the probable benefits of intervention.

As Mennonites we should be concerned for all the vulnerable in our midst. However, the vulnerable includes the medically fragile and the immunologically weakened who cannot take vaccinations. Their protection depends on their neighbors receiving vaccinations for the welfare of the entire community. Influenced by the anti-vaccine movement, a minority of parents is putting the lives and health of their own children and others at risk and also making preventable epidemics inevitable.