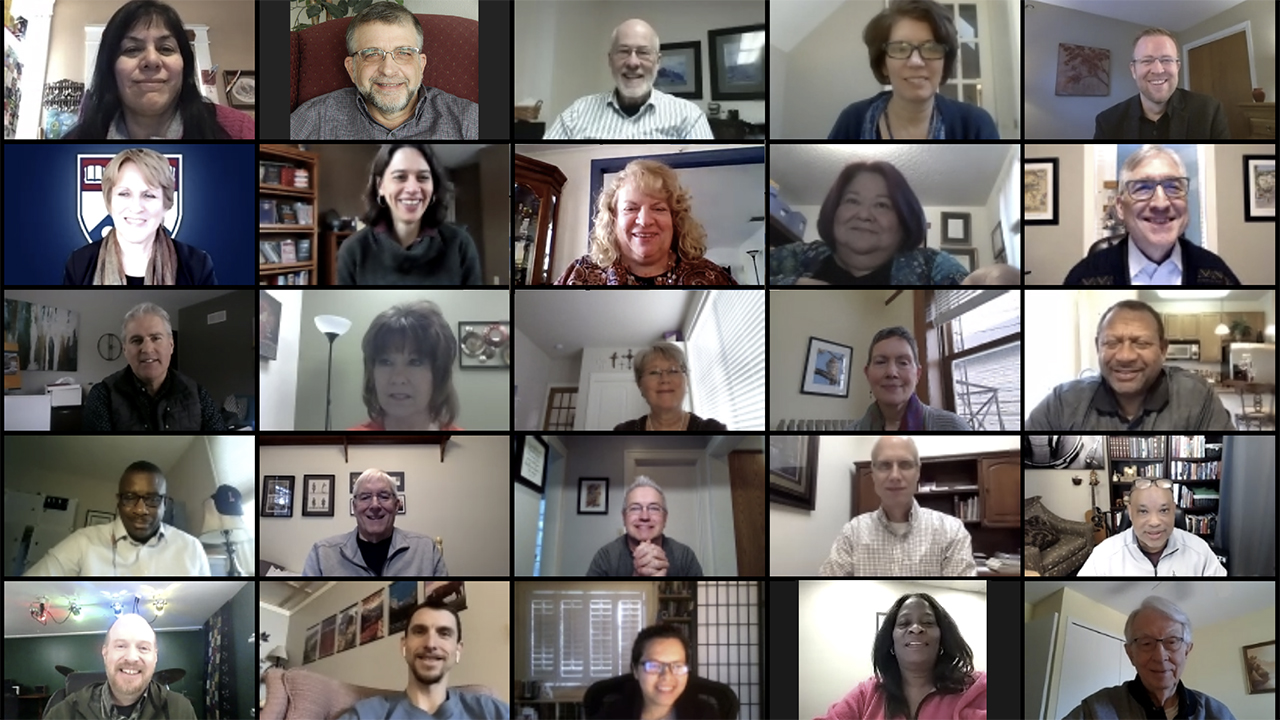 A long-awaited decision on whether to retire the Mennonite Church USA Membership Guidelines is being postponed because delegates will not meet in person this summer.

The denomination announced on Jan. 27 that the biennial Delegate Assembly, which normally happens over several days, will be scaled back to one virtual session due to uncertainty over COVID-19.

Delegates will meet online from 1 to 3:30 p.m. Eastern Time July 10 after the regular events of MennoCon21, scheduled for July 6-10 in Cincinnati.

The hybrid convention — with worship, fellowship and educational activities — will have both onsite and virtual options.

“The Executive Board recognizes the important role that resolutions play in the life of the church,” said moderator-elect Linda Dibble in a news release. “The consensus was that these matters of spiritual discernment are best addressed when we can converse, pray and discern in community in person. It is our hope that we can plan to gather soon.”

The Executive Board voted to move the Delegate Assembly online during a virtual meeting Jan. 22-23.

The assembly “will feature a limited agenda, addressing simple and organizational resolutions,” a news release stated. “Decisions regarding church statement resolutions, such as those related to the Membership Guidelines, will be postponed until a future in-person delegate gathering.”

Dibble told AW the Executive Board is anticipating a special in-person delegate session during the 2021-23 biennium.

For MennoCon21, denominational staff are moving forward with plans for a hybrid version of the convention.

“The safety and well-being of our members are of the utmost importance,” said Glen Guyton, executive director of MC USA. “We encourage pastors, parents and leaders to make decisions based on their needs, health concerns and unique circumstances.”

The process of finalizing a resolution on the Membership Guidelines continues. At its January meeting, the Executive Board forwarded to the Constituency Leaders Council a resolution to retire the document.

The CLC will meet March 12-13 and give feedback to the Executive Board. The board will review the CLC’s input at its April meeting.

The 20-year-old guidelines have sparked controversy over LGBTQ issues. Citing the Confession of Faith’s definition of marriage between a man and a woman, the guidelines say pastors may not perform same-sex marriages. But some area conferences do not enforce this.

At the July 10 assembly, delegates will vote on several routine recommendations, including removing The Mennonite Inc. as an agency of the church. The Mennonite Inc. merged with Mennonite World Review Inc. in 2020 to become Anabaptist World Inc., an independent organization.

During the executive board meeting, Guyton reported the denomination is doing well financially. As of Nov. 30, its second quarter operating fund balance was up 15% compared to 2019. This was partly due to lower travel expenses.

Guyton’s report showed an increase in individual contributions and endowments. However, conference giving was down 16%, which he described as “a small drop when thinking about the significant impact on congregations due to the COVID-19 pandemic.”

Associate Executive Director of operations Iris de León-Hartshorn presented the work of a task force on Hispanic theological education. The panel recommended that the Mennonite Education Agency’s Hispanic programs IBA and SeBAH should continue, as they are doing well and close to breaking even financially. The board will vote on this in April.

Sherrill said the shift from in-person to online church during the pandemic has provided new opportunities for church planting. He pointed to new Sent Network cohorts that are forming in Europe and Central America, as well as organic growth that MC USA has experienced with new congregations, such as Grand Rapids Mennonite Fellowship in Michigan.