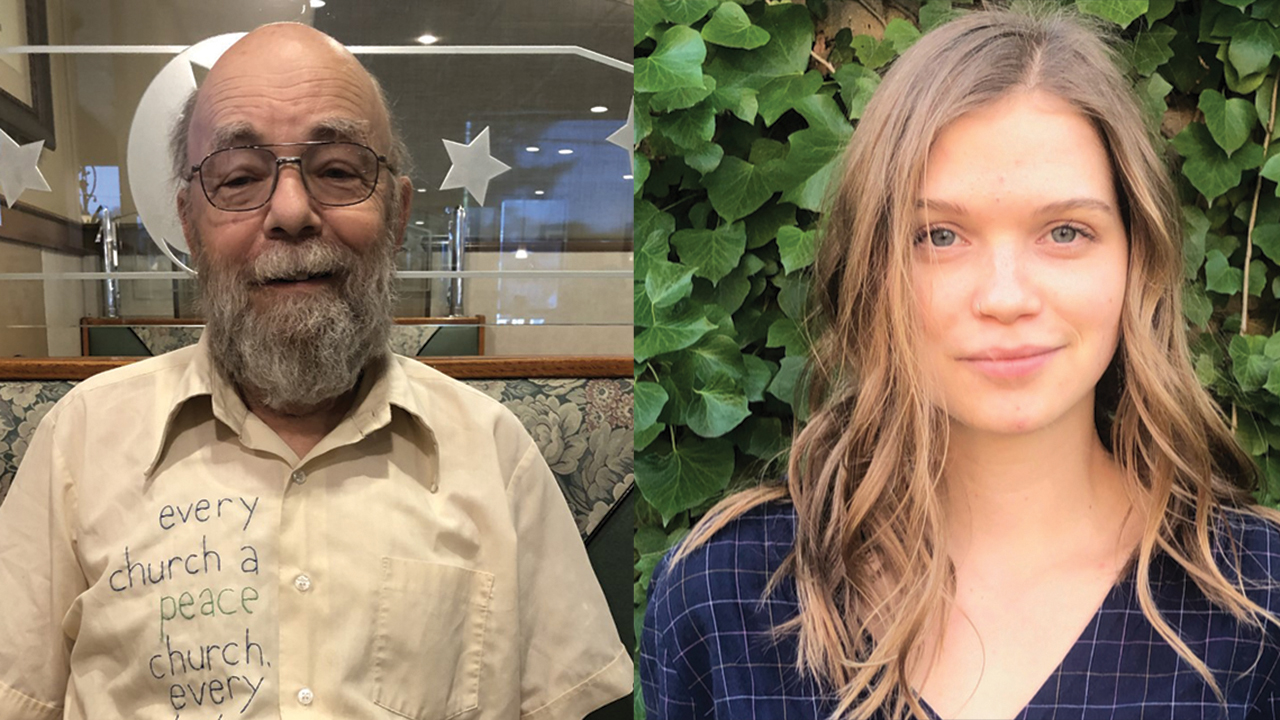 Stoner, of Akron, Pa., is a war tax resister. He practices peace through a mix of symbolic war tax resistance; direct action, through participation in public rallies and demonstrations; education, through both his own continual learning and by encouraging others and helping them network; and writing letters to his local newspaper. Stoner is involved in several local peacemaking groups, including $10.40 for Peace, an organization that helps individuals express conscientious objection to war tax conscription.

Weybright is a graduate of Eastern Mennonite University, where she studied environmental science. She is a juris doctor candidate at Temple Law School in Philadelphia.

Previously, Weybright was a climate futures fellow at the Center for Sustainable Climate Solutions and worked with the Mennonite Central Committee National Peace & Justice Ministries in Washington, D.C. She researched and wrote climate policy through a peace and justice lens. She was a member of the Mennonites Against Militarism council, where she worked to connect the impact of militarism on the environment.