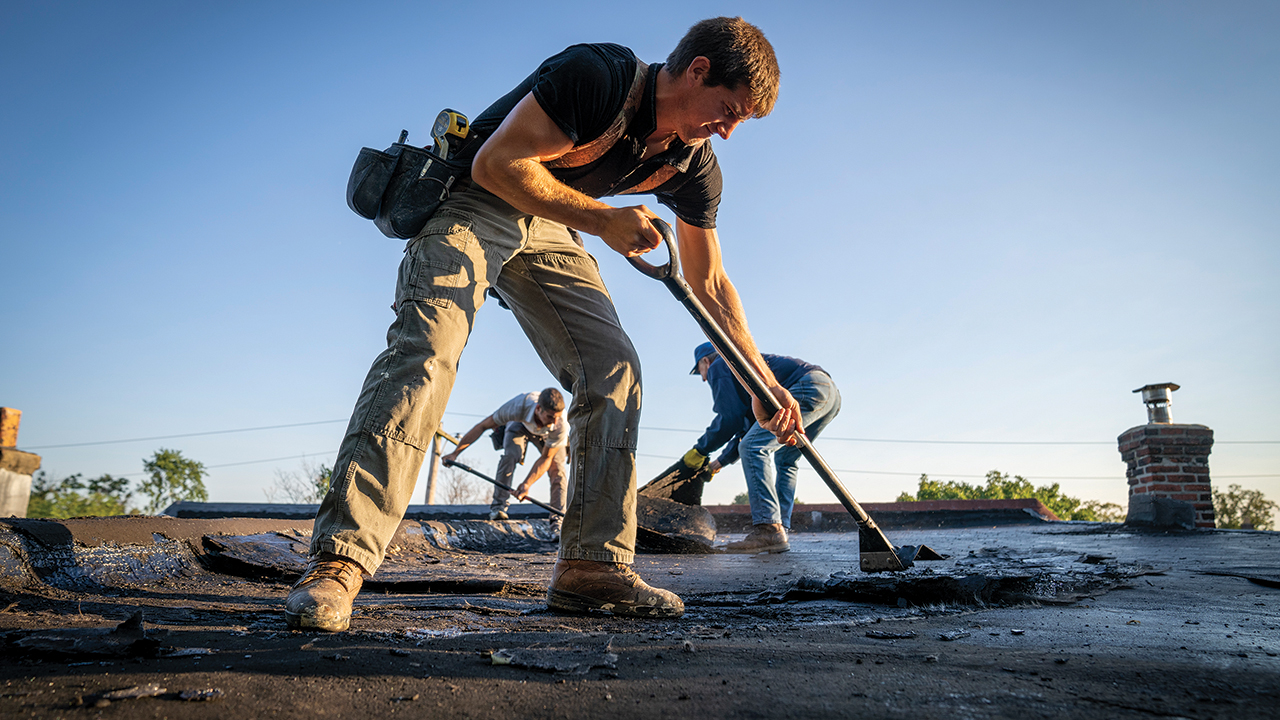 When an electrical fire in August all but destroyed LaTanya Wade’s house in Darby, Pa., on the outskirts of Philadelphia, she wasn’t sure where to turn. She had no fire insurance, and the damage meant the house had to be gutted and rebuilt.

A city agency connected her with Mennonite Disaster Service volunteers from eastern Pennsylvania, who have been busy reconstructing the home while Wade, her daughter and her three grandchildren, ages 3, 10 and 12, live with her sister.

“The volunteers are wonderful, and I thank them wholeheartedly,” said Wade, who added her grandkids were excited their newly rebuilt home will be finished in a couple of months. “They can’t wait!”

Jay Johnson, who is overseeing the project for MDS, said the job involves gutting the house, then reframing it, installing a new roof and replacing electrical and plumbing. The volunteers are also changing the interior to an open floor plan more suited to the family.

“It will be a more comfortable place to live and more economical,” Johnson said. This project may not be “normal” MDS work, he added, but “this is what we do. . . . It was a person in need with nowhere else to go.”

This is the second MDS project Johnson has led in the city. The first repaired the church building of a Spanish-speaking congregation in South Philadelphia.

“It seems like MDS is coming into the city more,” he said. “Now we’re doing more community projects that aren’t necessarily caused by natural disasters but by the needs within those neighborhoods.”

MDS volunteers often travel great distances to work on job sites. Working on a home an hour away gives Johnson a positive feeling, too.

“We are starting to work right in our own neighborhoods,” he said. “Working in the city is something that’s new. I’m excited to see it happen.”