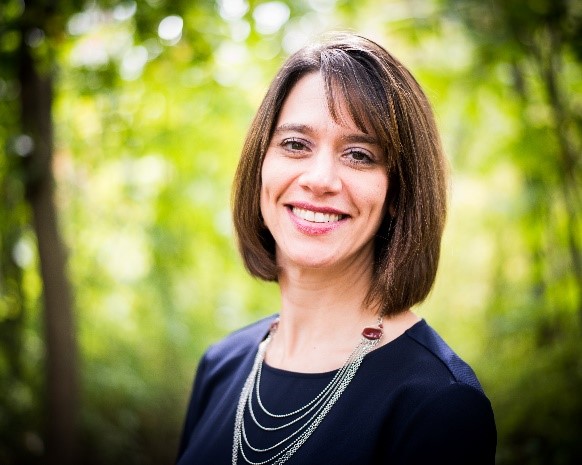 The MennoMedia Board has named Amy Gingerich as the new executive director and publisher at MennoMedia and its book imprint Herald Press, effective early 2018.

Gingerich has served as editor at Herald Press books and editorial director at MennoMedia since 2009. Under her leadership Herald Press has targeted its book publishing in two veins: one that helps describe Amish and Mennonites to tourist markets and one that helps Christians unpack implicit Anabaptist values such as community and discipleship. Recent bestselling Herald Press titles she has acquired include the Mennonite Girls Can Cook series, Anabaptist Essentials: Ten Signs of a Unique Christian Faith, Trouble I’ve Seen: Changing the Way the Church Views Racism and Very Married: Field Notes on Love and Fidelity. Her work also involves oversight of Sunday school curricula, periodicals, and the forthcoming Mennonite hymnal to be released in 2020.

“We are convinced that Amy’s experience and track record with MennoMedia and Herald Press during the past decade are the best preparation for the agency’s needs for its next chapter,” said Lee Schmucker, MennoMedia Board Chair. “We were looking for someone who has a track record in creating Christian formation resources and publishing religious books as well as someone who understood Anabaptism and its potential markets.”

“I am honored to be asked to lead MennoMedia into the future. This is a challenging time for publishers but an equally exciting time as we hone our messages and create fresh content,” Gingerich added.

Prior to her work as editorial director, Gingerich was managing editor of the Gather ’Round Sunday school curriculum co-published by Mennonite Publishing Network and Brethren Press. She also worked as a newspaper reporter and editor in California for five years.

Gingerich lives in Hudson, Ohio, with her husband Ryan Claassen and their two children. She attends Friendship Mennonite Church in Bedford Heights, Ohio. She will continue to work primarily from Ohio.