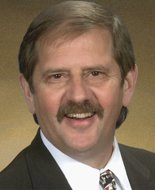 Campolo’s gentle gibe may have been relevant in the early 1990s. But imbibing wine and other alcoholic beverages is the latest form of assimilation for many Mennonites. Some see this as a loss of faithfulness; it need not be.

When I asked associate editor Anna Groff to write an article about a new winery opened by a Mennonite couple in Virginia, I expected reactions to it. While former Mennonites have started breweries and wineries and now operate bars/restaurants in places like Archbold, Ohio, and Goshen, Ind., this story was about members of a Mennonite Church USA congregation and their intent to make wine for profit (January).

After we posted the article on our Facebook page, several FB friends demonstrated the humor and differences among us:

Craig Frere: “Oh my lands. … Next thing you know, Mennonites will be dancing and playing cards.”

Pegge Houpt Tennant: “Do Mennonites drink wine? I am a Mennonite and would not think of it, but am curious if some do.”

Craig Frere: “Yes, some Mennonites do drink wine. In fact I know Mennonite pastors who make their own wine.”

Jerry Stanaway: “If Jesus turned water into wine, drinking wine must be OK. Those who claim this was just unfermented wine (grape juice) are wrong.”

Changing attitudes toward alcohol have been traced by several studies, including The Mennonite Mosaic and Road Signs for the Journey. In 1972, 50 percent of Mennonites and other Anabaptists said drinking alcohol (moderately) was “always wrong,” and in 1989, that percentage was still at 43 percent. But by 2007, only 26 percent considered it “always wrong.”

Those who continue to believe abstention is a mark of faithfulness hold to a venerable tradition. But each generation must discern expressions of faithfulness prompted by God’s Spirit.

In my lifetime, I have watched numerous such expressions disappear for many of us. I recall when my father stopped wearing his plain coat and mother stopped wearing cape dresses and prayer coverings. But some of my elderly relatives still wear these marks of faithfulness; I respect them for it.

When I was 13, our family left a theologically conservative congregation and began attending a more progressive Mennonite church in another conference. I was scandalized by the women with short hair, makeup and jewelry. It created something of a spiritual crisis for me; I was no longer sure of my salvation.

That may seem humorous. But it was not funny to me as an adolescent. I understand those for whom today’s changes in our “marks of faithfulness” are traumatic.

Why, then, did I decide to publish the article about the Mennonite winery in Virginia?

Our Anabaptist tradition is nearly 475 years old. During the last 100 years, the church considered the consumption of alcohol to be a sin. But that “marker” is passing away.

While a large majority of us—probably 75 percent by now—accepts some use, we honor those for whom the consumption of alcohol continues to be “always wrong.”

There are numerous issues that create divides among us. The legal and moderate use of alcohol need not be one of them.