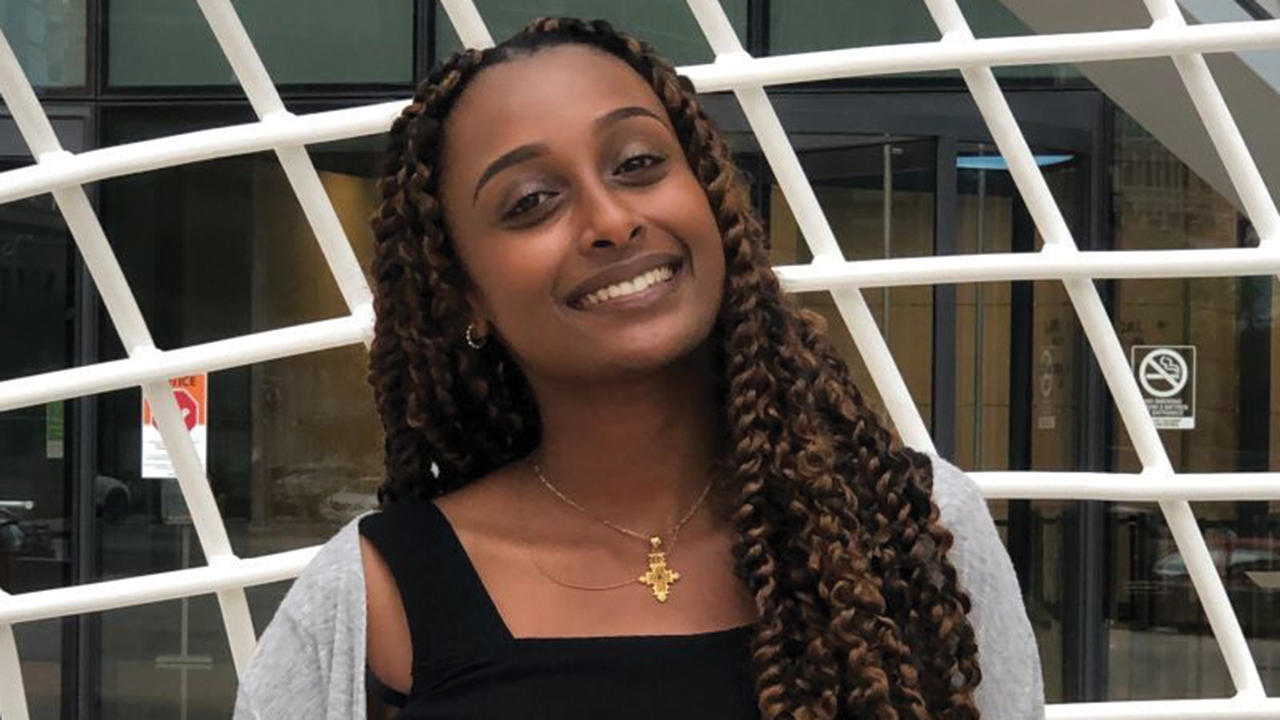 Deborah Tewelde has received the 2019 Lincoln M. Alexander award, given by the Province of Ontario to youth who have shown strong leadership in eliminating racial discrimination.

From Meheret Evangelical Church in Kitchener, Ont., a Mennonite Church Eastern Canada congregation, she co-founded a Black Student Union at her school to organize interactions on inclusion and equality.

Disturbed by the racism she and her peers were seeing and experiencing, they began to plan for a student assembly to be held during Black History Month.

“After the assembly, we began to hear more stories from Black students,” she said. “We realized that we needed to create a safe space for them to share their stories, have access to information, and provide a place to report their concerns. . . . The Bible speaks about crying out for those who can’t.”

She was notified in December that she had won the 2019 award. The Ontario government announced the 2019 and 2020 awards at the same time.

Tewelde is currently in Nova Scotia on a four-month work term as a L’Arche Community Assistant. L’Arche provides a place where people with and without intellectual disabilities share life together.