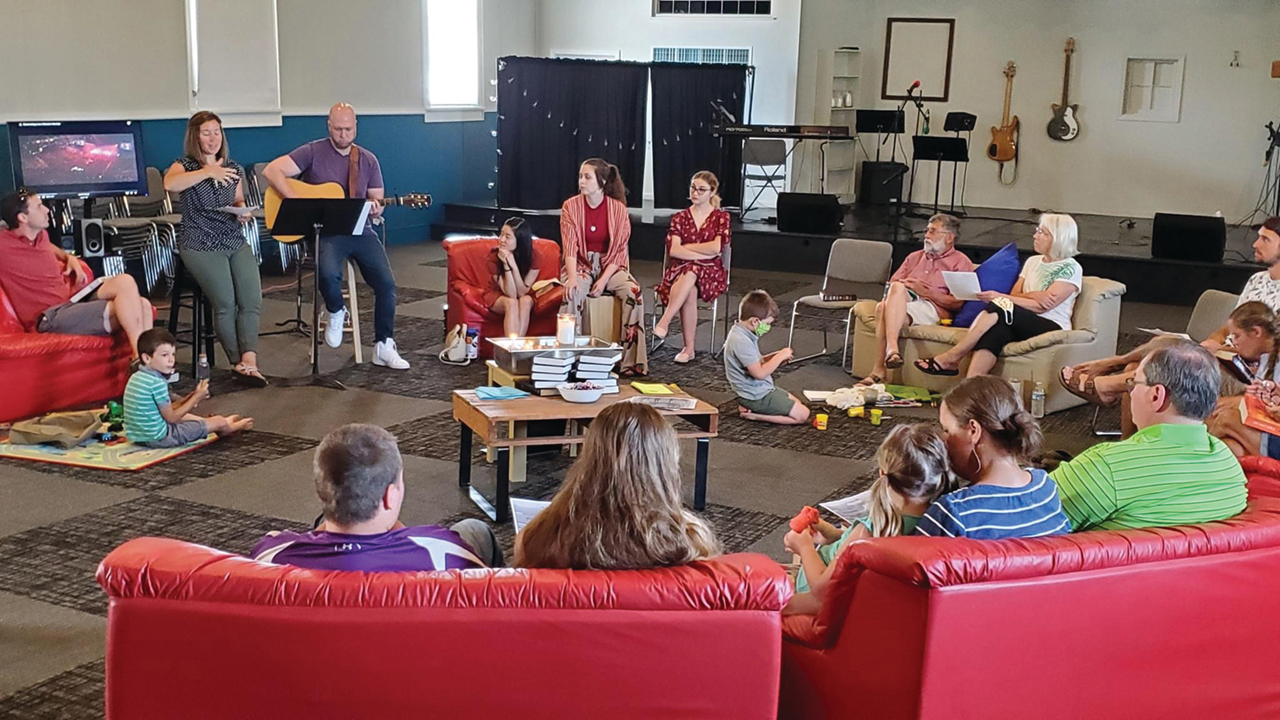 South Central Mennonite Conference is beginning a year of discernment about whether to remain affiliated with Mennonite Church USA.

The yearlong “Discovery Process” began after the conference’s July 25-26 online annual assembly and is the third step in a three-year process of discernment and discovery.

“We are in a time of moral discernment, theological realignments and changing affiliations in Mennonite Church USA, with the result that MC USA has significantly changed in its composition of churches and its theological orientation,” states a process outline shared with congregations.

“. . . The advocacy for the sanctification of same-sex relations in Mennonite Church USA, some pastors conducting same-sex covenant services with the approval of their area conferences and a few pastors living in same-sex relationships has brought us to a tipping point.”

The process will use a series of congregational and conference meetings, which come as the conference restructures its leadership.

Howard and Cathy Wagler, in their role as network directors, a new leadership position, will be the link between the conference and broader church organizations. Howard Wagler will chair the Discovery Process.

“The pull of culture toward a progressive side of a continuum has been part of, but not all of, why we are doing this,” said Howard Wagler, who retired recently as lead pastor at Journey Mennonite Church, a multisite congregation in south central Kansas, and was a member of South Central’s Executive Committee. “The specific reason for this is that we can be on mission and know that we are with congregations and are part of a network or conference that holds up like kinds of values.”

An estimated 2,500 to 3,000 people attend South Central’s 35 congregations, which stretch from Kansas, Colorado and Missouri to the southern tip of Texas. For denominational delegate calculations, MC USA re­cords 2,688 South Central members, although not every congregation is a member of MC USA.

Wagler said it’s not his place to predict what affiliation the conference might choose if it left MC USA.

“That’s part of our discovery,” he said. “I would say yes to Anabaptist, but again, that’s part of the discovery process. We don’t want to bring [answers] as conference leaders. We want to hear from congregations.”

“Each conference has full authority to manage the affairs of its own organization, including personnel and programming,” he said. “We look forward to engaging South Central Mennonite Conference in their year of discovery.”

In 2017 South Central began offering the option for congregations to be members of the conference but not MC USA. Bethel Mennonite Church in Inman, Kan., went beyond that option during this year’s assembly, presenting a motion to leave MC USA immediately. The motion received a second but was tabled in favor of the Discovery Process.

Other congregations maintain closer ties to the denomination.

Across town at Whitestone Mennonite Church, interim pastor Steve Schmidt said pastors there hope the congregation will stay connected to MC USA and lament that some South Central churches want to leave the denomination. They hope the denomination is a place where diversity can happen within Christ’s call for unity.

“I’m glad that there will be a process Whitestone itself will work through,” Schmidt said. “My guess is they will stay with South Central and hope South Central stays with MC USA.”

Gladish noted it will be challenging to have meaningful conversations and discernment at the congregational level amid pandemic precautions.

Wagler agreed that pastors and leaders have a lot to handle in uncertain times, but church closures and transformations have also caused many groups to begin asking questions and re-evaluating practices.

Wagler said Journey’s involvement in conference leadership “hasn’t been by Journey saying we’re going to jump in the middle of conference, but we do believe we want to be part of a network of churches for us that are on mission together.”

Wagler is joined on the Discovery Process team by regional conference minister Clarence Rempel of Newton, Kan., Pastor Jeff Selzer of Pleasant View Mennonite Church in Hydro, Okla., and Pastor Rod Schmucker of Hope for the Broken in Los Fresnos, Texas. Schmucker is a conference Executive Team member and will be the contact person for the conference’s Unidad Cristiana de Iglesias Menonitas (Christian Union of Mennonite Churches) South Texas churches.

Wagler said Schmucker was appointed because he can represent the Executive Team and help UCIM churches with English-Spanish matters.

“All congregations will have a voice in South Central Conference. Everything will be translated,” Wagler said. “We want the process to come from the bottom up, from congregations up and back to this discovery team, which has been tasked by the Executive Team to be part of this Discovery Process.”