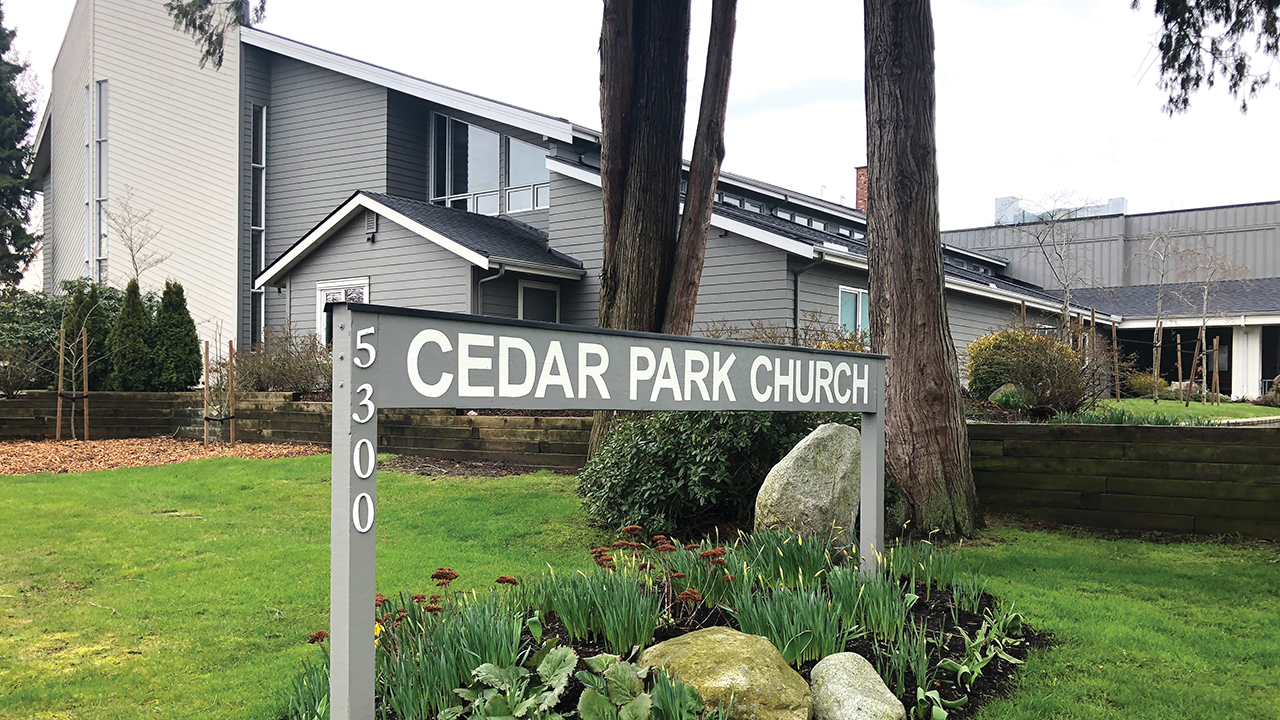 A requirement by the British Columbia Mennonite Brethren Conference that all of its pastors reaffirm the Confession of Faith, with a special focus on articles dealing with sexuality and marriage, has resulted in the resignation of three pastors.

On Feb. 27, lead pastor Lee Kosa of Cedar Park Church in Delta, B.C., submitted his resignation, along with associate pastors Darren DeMelo and Megan Simpson. The reasons “were manifold,” said Kosa, but included disagreement over the nature of the Confession, especially as it applied to sexuality and marriage.

At issue was whether the BCMB viewed the Confession as a document open to change or with “legalistic rigidity,” Kosa said.

“It became clear to us that the BCMB was asking for a more rigid confessional commitment than we were willing to make,” he said.

Of particular concern was how BCMB required pastors and other church leaders to affirm the articles dealing with sexuality and marriage.

Kosa acknowledged Cedar Park pastors had “toned down” their preaching and teaching of those articles, in response to statistics showing a higher rate of suicide and self-harm among churchgoing youth who identify as LGBTQ.

But they never taught contrary to the Confession, he said, instead “adopting a generous and humble posture toward the complexities of human sexuality.”

As part of that posture, in 2021 they helped facilitate small group discussions in the church about the topic of LGBTQ and faith.

When the congregation indicated it wanted to have an open conversation and period of study and discernment about LGBTQ welcome and inclusion, “it was made clear by the conference that our role was to teach and affirm the Confession,” Kosa said.

When BCMB asked Kosa to give “evidence of a clear and unequivocal commitment to the Confession of Faith” or have his credentials removed, he replied he was unwilling to do that.

For him, the Confession is a “dynamic and descriptive document that is not a closed statement but is open to periodic review and revision,” he said. “As an Anabaptist Christian, the only thing worthy of my unequivocal commitment is the Lord.”

Kosa and his colleagues also disclosed to BCMB their evolving personal convictions regarding same-sex marriage, and how their experience with the conference over this matter led them to conclude it was not a healthy environment for them to continue to serve in.

In response, on March 2 the BCMB removed Kosa’s credential as a pastor and demanded a meeting with the congregation three days later. In a letter to the Board of Elders, BCMB said members of its Pastoral Ministries Committee would be at the church at 6:45 p.m. on Sunday evening, March 6, and that someone needed to be there to let them in.

The Board of Elders declined that meeting, citing the timeframe and that some elders were not available.

Members of the church are saddened by Kosa’s resignation and his treatment by BCMB —including a review of his work begun by the conference without his knowledge. They all requested anonymity in sharing their remarks.

“He could not turn away from families struggling with children who were gay,” said one. “He had to reconcile the church’s position with the harm that the position created.”

“He loves God, he loves Jesus and he loves the people in his care,” said another. “We have been in church our entire lives and have never learned so much or been encouraged to learn more than under Lee’s leadership.”

“Lee is a gifted preacher and pastor. His sermons are always based on Scripture. He preaches sermons that open up Scripture in new ways,” said a third.

Of the church’s decision to explore the subject of LGBTQ, one member said it’s partly because there are “six families in the church who have gay children ranging in age from 30 to 60. Other church members have relatives who are gay.”

Said another: “It’s a matter of spiritual survival for LGBTQ+ folk in our families and friendship circles and for the queer folk who have come through the Cedar Park door.”

Although some opposed exploring LGBTQ welcome and inclusion, “the consensus was that most people wanted to study the topic as a church body,” said a member. Another said, “We wanted a well-rounded study with both sides of the issues. It seemed the pastors were discouraged about exploring this by the conference.”

The resignations were in response to a letter sent by BCMB in November requiring all pastors and leaders to reaffirm their commitment to the Confession. In sending it, BCMB referenced the departure of Artisan Church, following that congregation’s decision to welcome and affirm LGBTQ people.

BCMB did not respond to a request for comment about the resignations.