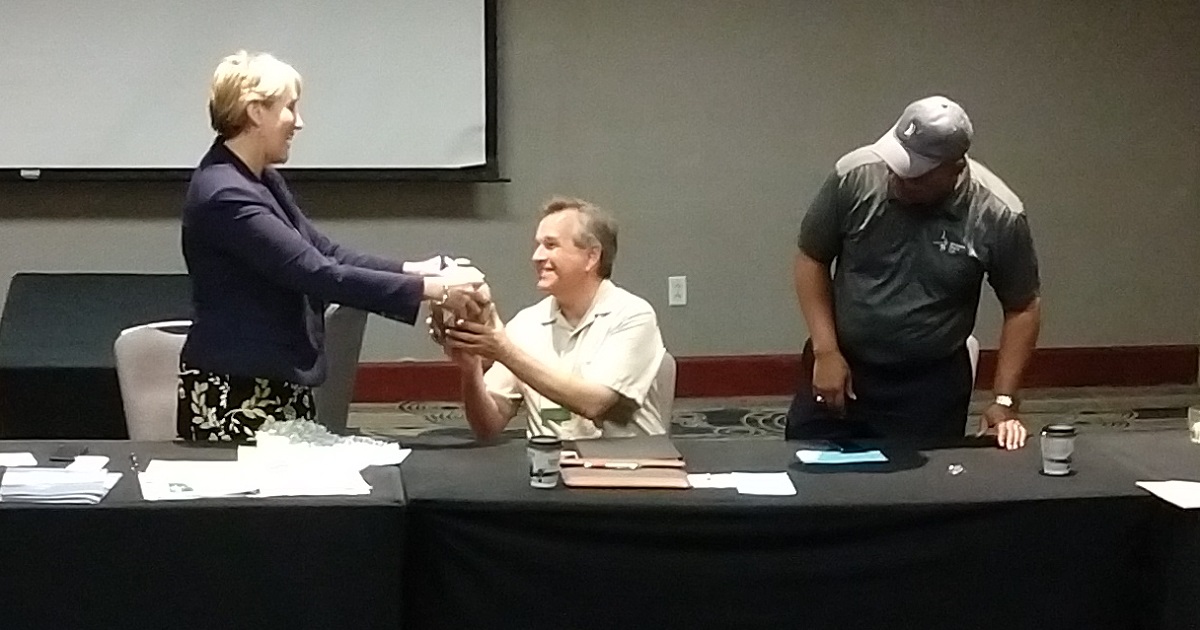 The Mennonite Church USA Executive Board (EB) met for three hours July 2, ahead of the denomination’s biennial convention, MennoCon19, in Kansas City, Missouri.

The EB took action to accept its fiscal year 2019-2020 budget, which plans for a deficit of $88,000. “This budget plan is beyond the executive director’s limitations,” Glen Guyton, executive director of MC USA, said in his report to the EB. Guyton, who expects significant revenue losses from MennoCon19 and reduced contributions from area conferences for fiscal year 2018-2019, is working with former MC USA staff Marty Lehman on a fund-raising plan.

In response to a June consultation held by Mennonite Central Committee with representatives of 13 Anabaptist groups, the EB reviewed a draft of a letter to be sent to the National Commission on Military, National and Public Service. The commission, an independent U.S. federal agency, will present recommendations to Congress by spring 2020. The EB authorized Guyton to represent MC USA in signing on to the letter.

In preparation for convention week, the EB reviewed the Delegate Assembly agenda. Michael Danner, MC USA associate executive director for church vitality and engagement, previewed for the EB a presentation he will make to delegates July 5 regarding a process to review the MC USA Membership Guidelines.

Registration as of July 2 for MennoCon19 was approximately 2,824 people, including 1,065 delegates and 1,098 youth, representing 278 congregations.