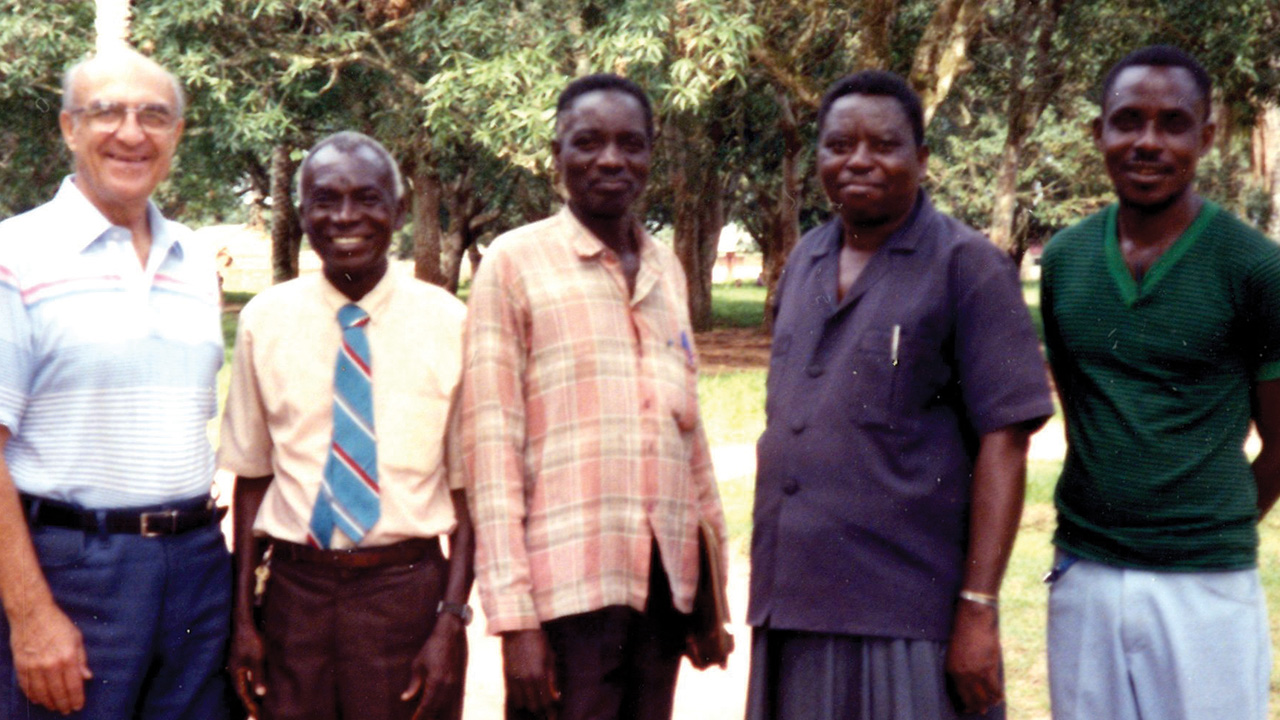 Earl Roth, left, greets Chief Nyanga, second from right, and other friends on an administrative trip to Congo in 1993. — Mennonite Church USA Archives

A memorial service for Earl Roth, who served for nearly four decades with Africa Inter-Mennonite Mission in the Democratic Republic of Congo and as an administrator in North America, was held April 24 at ­Silverwood Mennonite Church in Goshen, Ind.

For 32 years, beginning in 1954, Roth served with his wife, Ruth, as an evangelist, church planter, teacher, missionary counselor, director of a high school/industrial school and liaison with government offices. Returning to the United States in 1986, he worked as general secretary of AIMM for seven years.

Charles Buller, who serves with AIMM and travels to DR Congo frequently, sometimes to the remote locations where the Roths worked, said: “The missionary’s name for which I have received the most inquiries and heard the most stories about is that of Earl Roth. His legacy lives on in the lives of many to this day.”

Roth was born June 26, 1927, to Amelia (Steckley) and Philip Roth, in Albany, Ore. In 1948 he married Ruth Jantzen; she died in 2004. A son, Loren Dale Roth, also preceded him in death. Survivors include a daughter, Yvonne (Virgil) Smith; a son, Marc (Judy) Roth; four grandsons and three great-grandchildren.