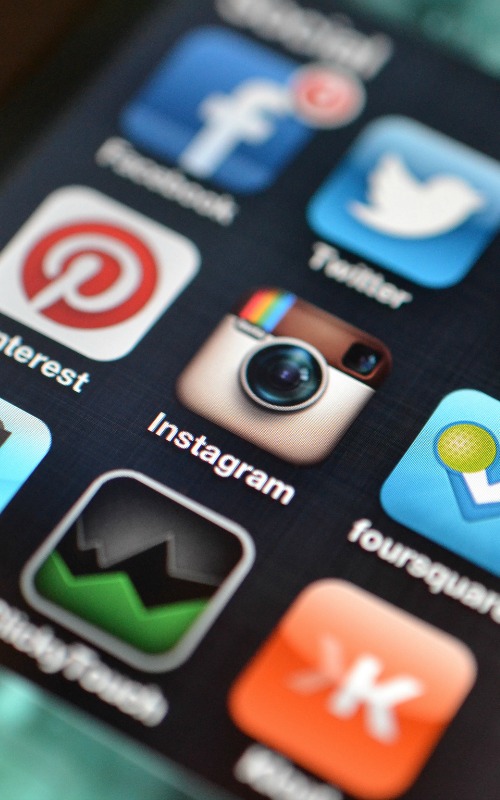 In his address to graduating students at Eastern Mennonite University (EMU) on May 2, President Loren Swartzendruber complained about social media. On May 2, the Daily News-Record quoted him:

“Here’s the challenge we face,” he said, “namely the question of how we engage in meaningful, life-changing, civil conversations in a world that’s impatient for quick answers … and is all-too ready to vilify those who disagree.”

He said important discussions “are extremely difficult to conduct via social media,” and require intra-personal relationships.

There’s plenty of reasons to be concerned about social media, but there’s a story and a pattern behind this complaint that needs a closer look. Swartzendruber’s critique comes after months of pressure on his administration around its handling of Luke Hartman’s employment at EMU. Social media played an important role in that pressure.

Eric Barron, president of Penn State University, recently made similar complaints after facing pressure around a sexual abuse cover up, namely new allegations that football coach Joe Paterno knew about Jerry Sandusky’s sexual abuse as early as 1979. After complaining about “social media and the blogosphere,” Barron said in a statement, “I have had enough of the continued trial of the institution in various media.”

“Yet as I listen to the conversations that are going on in our church in this season, it can sometimes feel like we’ve swallowed an anchor that is threatening to drown us dead in the depths of the sea. I found a deluge of commentary in the social media and criticisms: diagnosing the church as though it were fatally ill… snarky attitudes reaching for simple fixes… if Ervin Stutzman would just work a few more hours.” (From 14:00 in this video of his sermon at Park View Mennonite)

Five hundred years ago, another church leader worded his complaint with a very similar wet metaphor. “Daily there is a veritable downpour of Lutheran tracts in German and Latin…nothing is sold here except the tracts of Luther,” complained Jerome Aleander, Pope Leo X’s envoy to Germany, in 1521 (source).

During the reformation, the “problem” for church leaders was the printing press and pamphlets. Sociologist Zeynep Tufekci looked at the parallels between the “information cascade” of the Arab spring and the wild surge in popularity of pamphlets in parts of Europe in 1523-24. In both cases, information spread far more quickly than those in power expected and allowed a mass of people to signal their discontent to one another and to their leaders far more easily than previously.

Tufekci points out how this network of printers made information flow difficult to control, just like social media today. When one town banned a pamphlet, pamphlets printed in nearby towns would flow in to fill the gap. Even for illiterate people, possession of a satirical woodcut could allow them to signal dissent to their community.

Social media is creating similar problems for Mennonite institutional leaders today. It provides communications channels that are completely outside of institutional control. “[W]hat’s happening here is the audience is deciding what’s important and amplifying it.” says author Tom Standage in an interview describing sharing and retweeting on social networks.This more egalitarian approach to sharing information has a leveling effect that can be unsettling for those with institutional power.

Last year I summarized three waves of feminist organizing around John Howard Yoder’s abuse on this blog. This organizing outside of institutional structures played a crucial role in forcing the Mennonite church to face its failure to deal with Yoder. Some of those same activists have been involved in challenging institutional cover up around Luke Hartman’s case. As it did in the third wave of organizing around Yoder’s abuse, social media has played a crucial role in giving survivors and their advocates direct access to the Mennonite community.

On March 6, Marissa Buck posted on Facebook about Luke Hartman’s abuse of her sister, Lauren Shifflett (unnamed at that time), and her dissatisfaction with Lindale Mennonite Church’s handling of the situation. This was the first public naming of the allegations.

On April 12, Our Stories Untold (OSU) published Shifflett’s story in her own words. The OSU Facebook post for the story reached over 7,500 people and 2,500 people clicked on the post. To date, 29,000 people have read the article on their website. A week later Buck wrote for the site about the failure of Eastern Mennonite University and Lindale Mennonite Church’s to address the situation. On the OSU Facebook page alone, 3,500 people saw the post about the story and over 900 people clicked on it. A total of 11,000 people have read Buck’s article on the OSU web site.

Blogs and Facebook provided important platforms from which to challenge EMU and Lindale’s silence. On May 13, the Mennonite Church USA Panel on Sexual Abuse Prevention called on EMU, Lindale and Virginia Mennonite Conference to hire an outside agency to investigate what happened in this case. Would the church have reached that milestone without social media?

“Social media allowed us to share the truth, to reach and offer support to other survivors, to be supported by other survivors, and to propel the Mennonite community to discuss abuse and work towards change in how abuse is viewed and handled.” Marissa Buck says, “Lauren feels like she has a huge group of people who believe her and who wish her well. That support is healing, and she wouldn’t have that without social media.”

Buck first found out about the invitation from Mennonite Church USA to report abuse by Hartman from a friend who had seen it on Facebook. The invitation was later removed, but an archived version is available here. This invitation led Buck to the Anabaptist-Mennonite chapter of the Survivor’s Network of those Abused by Priests who had issued their own invitation a few weeks earlier.

As with the pamphlets of Luther and other reformers, social media has catalyzed concerns widely in the Mennonite community. “We heard from multiple pastors and leaders in the Mennonite community who are outraged and want the system to change,” said Buck. “Many of these leaders realize they wouldn’t know what to do with an abuse case. Now they are thinking about it, because of social media.”

This support and encouragement has been in dramatic contrast to the lack of support from local Mennonite institutional structures. “Thank God for the support we have received on social media because we have not received any support from the communities who we would expect to surround and support us – Lindale, EMU, Virginia Mennonite Conference,” said Buck, in an email interview on May 19. “I am especially disappointed in Loren Swartzendruber for talking against social media as a barrier to having meaningful, face-to-face conversations when he has not once reached out to Lauren through her advocate.”

In April, two EMU alumni, Emily Harnish and Erika Babikow wrote a letter and gathered the signatures of over 270 other alumni, organizing in part through social media. You can read their letter here.

Social media also offers unprecedented access to leaders traditionally protected by gatekeepers. Jay Yoder, a member of the Anabaptist-Mennonite chapter of SNAP, recounted a conversation with MC USA Executive Director Ervin Stutzman in which he told Jay that he reads their postings on social media. “I’ve mentioned many times before how equalizing I think social media is,” Yoder said. “I could never pick up the phone and get a meeting with Ervin Stutzman, but he apparently ‘see[s] everything [I] put on Facebook.’ Insiders can’t put up walls like they used to.”

Social media is not a panacea or magic bullet, but it has played a crucial role for organizers challenging the ways perpetrators of sexual abuse have been handled in church and educational settings. Other groups marginalized by the church will also continue to use these platforms.

Unfortunately, many Mennonite leaders have chosen to complain about social media rather than recognize its equalizing impact. We have an opportunity as a church to have a broader conversation about power and how our institutions and their leaders wield it in the changing landscape in which they find themselves. Hopefully they can adapt more adeptly than Pope Leo.