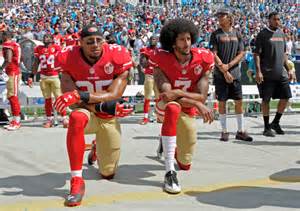 Eva Lapp is currently completing a second year of Mennonite Voluntary Service in Alamosa, Colorado, working at the Center for Restorative Programs and attending the Anabaptist Fellowship of Alamosa. Prior to MVS, Eva graduated from Goshen (Indiana) College with a degree in Peace, Justice and Conflict Studies. She enjoys reading about, talking about, and exploring her own white identity, as well as spending her free time adventuring around the San Luis Valley with her housemates: eating good food, hiking, and delighting in the beauty of the surrounding mountains.

Author’s note: This article addresses the mindsets and privilege of white Mennonites of European descent while recognizing that the broader Mennonite Church is a global body of believers who come from all backgrounds, races, and ethnicities. The “white Euro-Mennonite” experience is just one of these many and diverse Mennonite experiences.

When national news sources and social media outlets engage with ideas of pacifism and nonviolence, there’s nothing quite like getting “humble, gentle, quiet-in-the-land” Mennonites excited and passionate about faith in action.

anthem, both USA Today and the Chicago Tribune published articles earlier this month describing Goshen (Indiana) College’s decision to move from not playing anything before sporting events to playing “America the Beautiful” in place of the anthem. Both articles detailed the history behind GC’s (and the larger Mennonite community’s) decision to keep faith and allegiance to Christ before allegiance to a nation and to keep violent language and imagery from being sung at a peace institution. It did not take long before my Facebook newsfeed was full of Goshen College classmates, family members and friends posting these articles and expressing their pride in GC and the larger Mennonite community for getting to the debate before Kaepernick!

As I read through each article, I found myself becoming more and more uncomfortable with the tone and the attention both news sources gave to Mennonites for how we have dealt with the national anthem in the past. I kept hearing the same mantra: we’ve been there already, we’ve already figured out that the anthem is violent and we figured it out a long time ago!

To back up a bit, the first time in my life when I consciously had to make a decision about the national anthem or the Pledge of Allegiance was in public school in 6th grade when I decided, along with my only other close Mennonite friend, to stand silently without hand on heart during the daily morning pledge. When it came to the anthem and participation in sporting events, I ran cross country at a Mennonite high school, an athletic experience that never put me up against national anthem etiquette more than once or twice a season. My personal engagement with “patriotic duty” was always present in my childhood years, but I never received major pushback for refraining from participation in these symbols of patriotism.

Why is it that when attention moved from Kaepernick’s protest to Mennonite approaches to the anthem debate, the topic of race and systemic oppression was dropped?

When interviewed about his decision to protest, Kaepernick said, “I am not going to stand up to show pride in a flag for a country that oppresses black people and people of color…to me this is bigger than football and it would be selfish on my part to look the other way….I have to stand up for people that are oppressed.”

When asked about our reasons for not playing or singing the anthem, Mennonites respond by describing our collective faith in following Christ’s example of peace and nonviolence. We discuss the violent imagery and language in the national anthem as well as the overall history of violence and war that has built the foundation for this nation. But we often do not mention the violence that continues to this day and we certainly are not giving attention to the systemic violence in our nation that targets marginalized groups of people, whether those in our own Mennonite communities or in the wider world community.

As a white, upper-middle class Mennonite, my decision not to sing the anthem is rooted in my upbringing that focused on the martyrdom of my ancestors for their pacifist faith as nonviolent activists in their own time. It is a decision grounded in wanting to put my faith in Christ before my allegiance to a nation founded through colonial violence, war, rape and a distinctly racist and imperialistic view of the world. But up until the news shifted to Kaepernick’s protest, I would never have said that my decision was rooted in the inequality of race in this nation and the continued violence-in all its forms-towards people who are disadvantaged by the system, whether black, transgender, Muslim, latinx, recent immigrants to this country or any number of other identifiers.

My decision to not sing the anthem, to not say the pledge of allegiance, and to refrain from expressing any patriotism to this nation is no longer simply a symbol of my upbringing grounded in peacebuilding and nonviolence. When I choose to refrain from these mainstream acts of “respect” to a nation, I choose to protest a nation of people who continually dismiss, disrespect, oppress, and kill people who do not hold the privilege that I experience every day as a white Euro-Mennonite.

I don’t know anything about Kaepernick as a football player or a person, but I am grateful for how he has reshaped the way I view my faith and how he has reminded me of my blatant white privilege when I consider various approaches to patriotism, pacifism and nonviolence. Even when choosing to protest the national anthem, I will never receive the same pushback and negative response that Kaepernick has received, another glaring example of white privilege paired with patriotic duty.

When someone asks us, as white Euro-Mennonites, “Why don’t you sing/stand for the national anthem?,” what will we tell them? Is our decision based solely on the history of our oppressed ancestors and their commitment to nonviolence (only to later migrate to a new continent and contribute to the destruction of native peoples’ cultures and land)? Or is it because we choose to try to live out Christ’s teachings by protesting allegiance to a nation that is to this day grounded in violence, even if it isn’t violence against us or our small, “quiet and humble” Mennonite community? Is my visible protest about the past or am I making a statement about the present world and the injustices that I see?

It is exciting to see one’s faith community recognized for the work we do, but USA Today, the Chicago Tribune and many Mennonites have missed a crucial component of the current anthem debate and how it relates to Mennonites and other Anabaptist groups. This isn’t about pride for the faith of white Euro-Mennonites; it’s about learning to listen and grow in our collective faith as we call one another out for our shortcomings and challenge one another to recognize our privileges, whatever they may be. This isn’t about pride for the history of peacemaking and nonviolence that, for many, defines the Mennonite Church.

This is about white Euro-Mennonites learning about our own histories and current realities of violence and racism within the church and actively listening to the stories of those within and outside of the church whom we have harmed. It is about creativity and dedication to conversations surrounding race and inclusion amidst our congregations and communities. We white Euro-Mennonites have to talk about race.

For more discussion around Mennonites, privilege, and the anthem, see Hillary Watson’s post on her blog: https://gatheringthestones.com/2016/09/10/privilege-is-not-solidarity-mennonites-and-the-anthem/ .