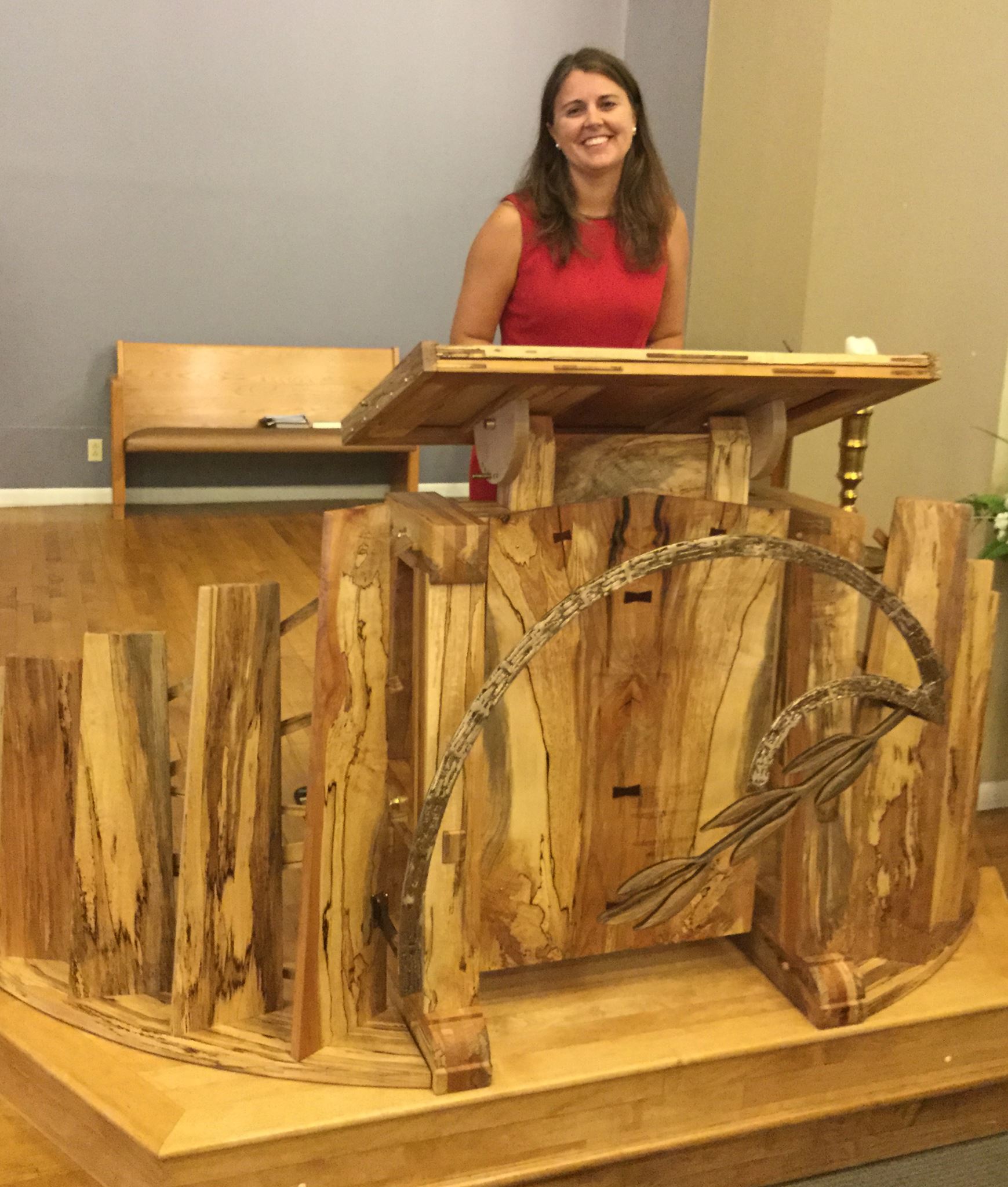 Patriotism. Allegiance. Dissent. Loyalty. Conscience. These are loaded words, often meaning radically different things to different people. How should we honor the flag? How should we protect free speech? What defines a patriot? What does it mean to be loyal and show allegiance, and who defines these things?

These are the front-and-center questions facing us today. Walking into them can feel somewhat like entering a metaphorical land mine. We are sure to meet perspectives that will differ wildly from our own, sometimes in our own families. Before we know it, we might find ourselves in the middle of an explosive argument.

My intent here is not to start another fight, but rather to share a perspective and an invitation. Growing up Mennonite in central Kansas, I was surrounded by men and women who often debated and discussed what made for true and lasting peace. The Mennonites I knew did not always draw the same conclusions, but this question was raised often: Can you be a pacifist and a patriot? Why or why not?

From early on, I heard soldiers described as heroes who make the ultimate sacrifice. But I also heard the same words applied to war resisters and peace activists. Many of the pacifists I knew were far from passive or naive. Rather, they were highly engaged citizens seeking the broader good, often at great risk. And yet these war resisters were and still are so often demonized or labeled as unpatriotic, or worse, in the broader culture.

This is not the case for The National World War I Museum in Kansas City. I applaud the museum for choosing to host a symposium Oct. 19-21 called Muted Voices: Conscience, Dissent, Resistance and Civil Liberties in World War I Through Today. This is one of two symposiums held this year as we commemorate the 100-year anniversary of the U.S. entrance into World War I. How I hope that this symposium will inspire more of us to consider what makes for true and lasting world peace.

If you are unable to attend the event, we at Rainbow Mennonite Church in Kansas City, Kansas, invite you to visit our church in October to see the Voices of Conscience traveling exhibit, which will premiere at the National World War I Museum and Memorial during the symposium.

The exhibit remembers the witness of peace-minded people during the World War I. This witness included men and women, religious believers and secular humanitarians, political protesters, and sectarian separatists. These individuals resisted U.S. involvement in the war, the enactment of military conscription, war bond drives and challenges to freedom of speech under the Espionage and Sedition Acts.

For this resistance, many suffered community humiliation, federal imprisonment and mob violence at the hands of their neighbors and their government. Many of their stories converged in the Midwest. Nearly 600 conscientious objectors were imprisoned at Fort Leavenworth, where several died. Mennonite farmers in south central Kansas who refused to buy war bonds were tarred and feathered.

The Voices of Conscience traveling exhibit shares these stories and many others. It lifts up the prophetic insights and the personal courage of World War I peace protesters and suggests parallels to the culture of war and violence in our world today. And most importantly, it asks us to consider what it takes to create true and lasting peace.

While the Voices of Conscience traveling exhibit examines a historical moment, we know that so often history repeats itself. So please join us if you can, patriots of all persuasions, as we together look back, in order to look forward.