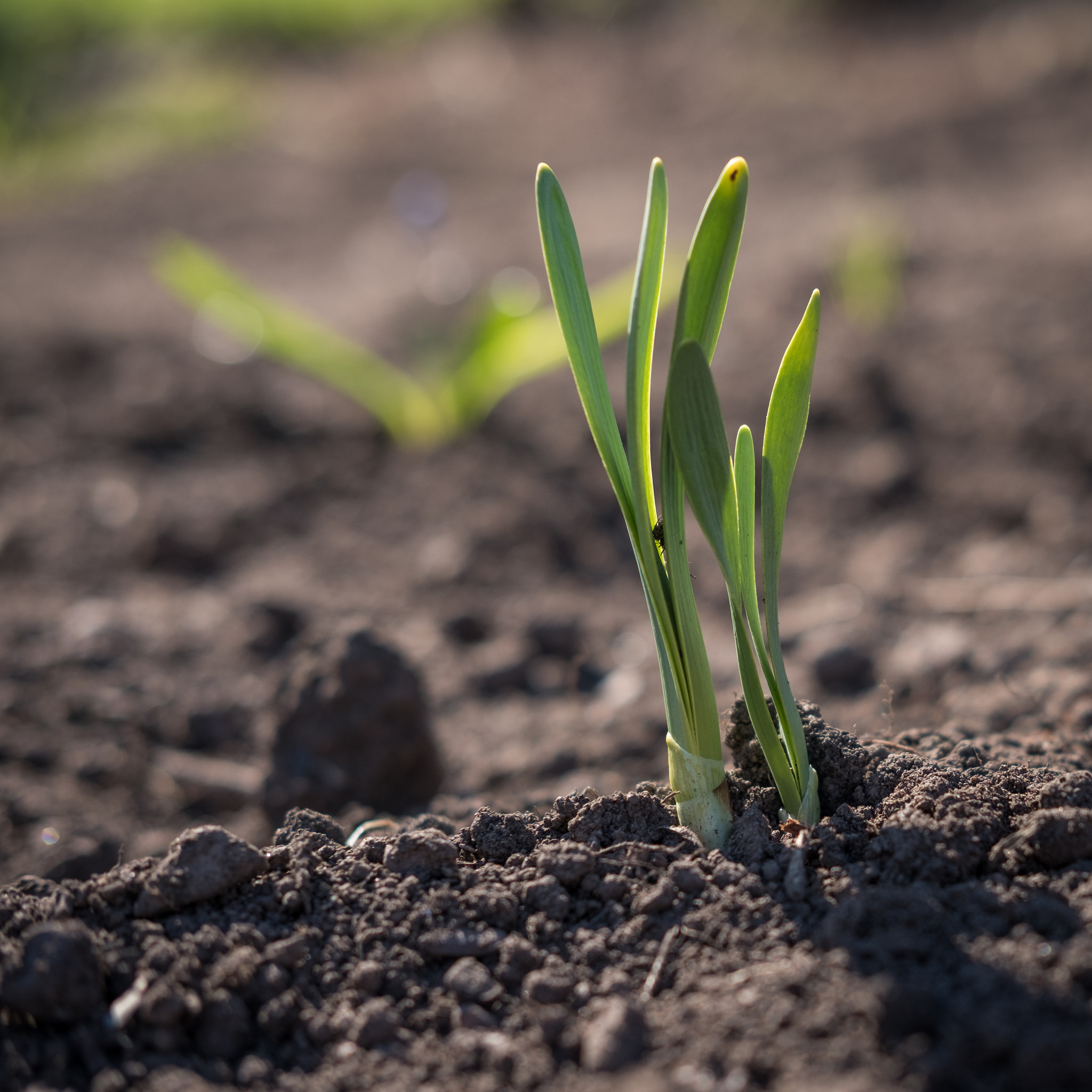 A farmer knew that he was supposed to go out and sow some seeds. The seed was to bear much fruit and nourish and give life to the nations, abundant life.

But the farmer didn’t want to get his shoes dirty.

So he gathered little packets of seed samples with a set of instructions and hung them on people’s doors and set them on their windshields in the parking lot of the mall and handed them off to strangers on the street corner.

He then decided to simply advertise the seed warehouse on a giant billboard, giving directions to the people so they could find their own seeds, in hopes they would choose to grow their own food someday. When the time came, he’d instruct them how to do it of course.

And finally in a stunning effort to get the word out, he developed a television station and a radio station that described the nourishment the fruit would provide, in hopes that this would be enough for the people to finally decide to do something and start a garden of their very own.

And the people loved the efficiency of it!

Those who found the gift of the seed packets on their doors immediately ran outside, dug up the dirt and buried the seeds. They followed the instructions exactly, hoping that in a matter of time they would notice new life sprouting and fruit falling off the vine. But it took longer than they expected. They got bored. They forgot to weed. They forgot to water. And weeks later they found a bunny nest constructed up against their struggling plants. Nobody told them how hard gardening actually was.

The ones who made the daily trip passing the billboard kept wanting to check out the warehouse. They loved the idea of being able to live off of the abundance of fruit in their own backyard, but to actually have to stop by the warehouse seemed a bit inconvenient for their busy schedules.

And finally, those who truly loved the convenience of being able to hear about the fruit from the comfort of their own living rooms liked the idea of a garden and fruit on demand, but they had never seen it done in real life. So they flipped through the channels during commercial breaks and figured that eventually they would be able to order the fruit online and have it dropped off in their homes–never once having to leave their house.

And the farmer was pleased with himself. After all, he managed to figure out how to sow seeds without having to do any of the hard work himself. His hands and his shoes stayed clean, and he was home in time for supper.

Time passed by and the farmer kept on doing what he started. Sample packets on doorways, advertisements for the warehouse and mass communication efforts abounded.

But the people grew hungry, because nobody really knew what they were doing or exactly what it meant.

They had been given the seeds and the instructions, but the farmer was so busy keeping up his efficient work, growing his business, that over time the people had never actually seen how gardening was done. They saw the farmer in his office and on the television, but never once was he out there doing what he was telling them to do.

And they grew malnourished. Hungry, frustrated and angry they threw the seeds out and decided it was all a sham.

The farmer made it sound a lot easier than it was, but as long as he was unwilling to take the time to get his hands dirty and show the people what gardening actually looks like, the people stayed hungry, snacking on all manner of unhealthy processed foods for a quick fix.

What is the meaning of this parable?

Generations of Christians have been raised on proverbial seed packets and instructions, never ever going out into the garden with the farmer, which means the art of embodying our Christian vocation has been lost.

We, the church leaders and proverbial farmers, have been efficiently tucked away from the nitty gritty everyday world so much that our people never truly see us living out the embodied gospel to our neighbors. Seldom do the people ever experience us outside of the “seed warehouse.”

We have been so dedicated to right instruction that we have not figured out how to embody the message with those we are discipling, which means they don’t practice with us and more than likely that means they aren’t practicing without us either.

If the future nourishment of the nations is bound to abundant fruit of the kingdom, we need to raise up a new generation of farmers who are not only equipped with the instructions on how to sow and tend seeds, but also shown how to do the work and then expected to bear fruit.

And this new generation of farmers is not limited to the professional managers of the seed warehouse, (a.k.a “pastors”).

This is the expectation of our brothers and sisters in the global south. Kelbessa Muleta, a represenative from Meserete Cristos, an Ethiopian college, said when he was questioning what he was called to do, his elder told him, “You are a branch…” The implication? Bear fruit.

Jesus did say, “Go therefore and make disciples…” Which means we all need to be willing to get our hands and shoes dirty living out the gospel of Jesus Christ through living into the likeness of Jesus Christ.

A fully mature disciple should always be capable and expected to make other disciples who can plant their own gardens, train their own farmers and therefore  bear fruit.