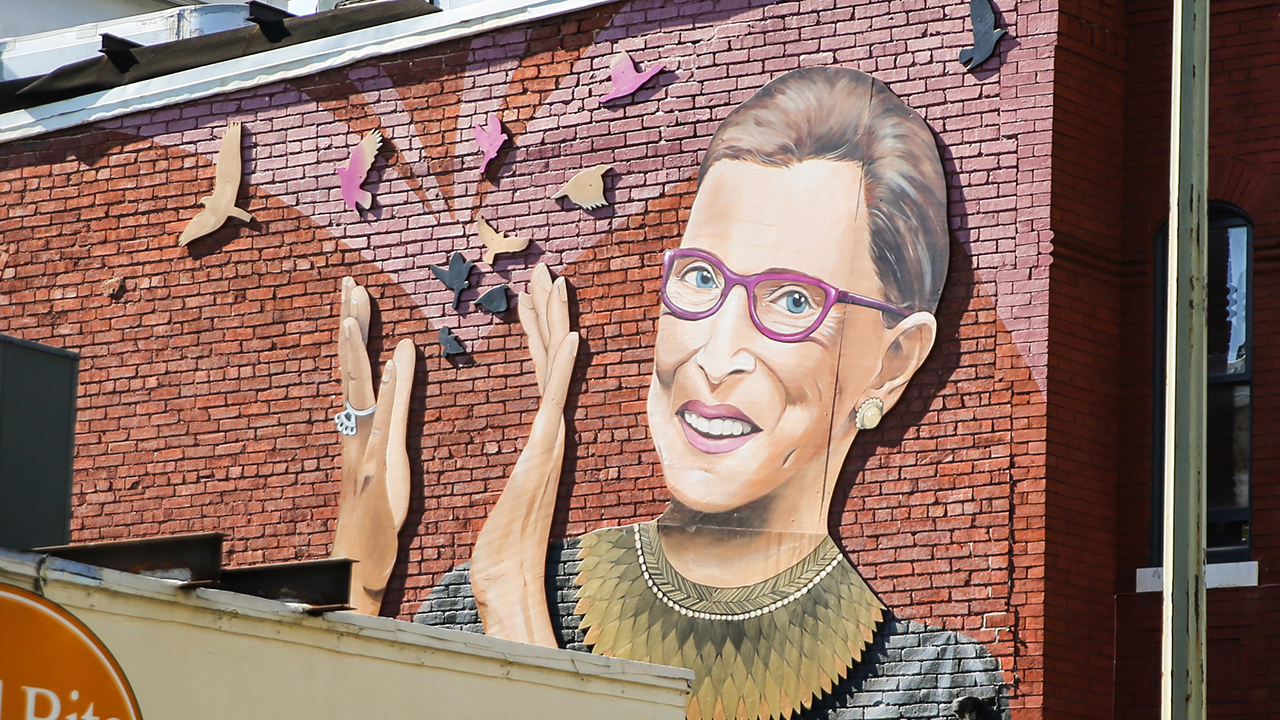 A mural of Supreme Court Justice Ruth Bader Ginsburg was painted on the side of a Washington, D.C., real estate group’s building in the summer of 2019. — Chris Svetlik

On Sept. 18 I was at home watching a movie with a friend when texts started coming in from friends from my Goshen College days. One text, then five, then 10.

U.S. Supreme Court Justice Ruth Bader Ginsburg — The Notorious RBG, as she’s been called in pop culture — had been fighting cancer for a long time. Now she was dead at the age of 87.

This group of friends, all women, is moderately political. Some of us are active in local and national politics; some simply follow the pulse of current events. With Ginsburg’s death, we felt like we had lost one of ours — an elder who had been looking out for our rights. We had lost our fighter.

I realize the slight cringe that comes with writing the word “fighter” as an Anabaptist. We are peacemakers in an empire built on war. But still we struggle “not against enemies of blood and flesh, but against the rulers, against the authorities, against the cosmic powers of this present darkness” (Ephesians 6:12). When we fight, or champion a fighter, we are struggling against the powers that would seek to do us, or others, harm.

Ginsburg was a Jewish woman, and to attribute Christian thought and ethics to her life and work would misrepresent who she was. However, in the Abrahamic traditions, the “golden rule” of doing unto others as you would have them do unto you is the essence of a faithful life. It’s at the heart of Jesus’ message, and it is at the heart of many faiths.

The harm Ginsburg fought against was injustice and inequality. From her six times in front of the Supreme Court as a lawyer, to her time as a District of Columbia circuit judge, to her eventual seat on the Supreme Court, each of Ginsburg’s notable cases centered on fair and equal treatment.

She upheld the teaching of Zechariah 7:10: “Do not oppress the widow, the orphan, the alien, or the poor; and do not devise evil in your heart against one another.”

The case of Weinberger v Wiesenfeld was an important part of Ginsburg’s legacy. Stephen Wiesenfeld’s wife, Paula, died in childbirth, leaving him to care for their baby son, Jason. Like any single parent, Wiesenfeld sacrificed work, time and money to care for his child. Knowing there were Social Security survivor’s benefits for situations like these, Wiesenfeld applied. He was denied because he was not a widow.

Ginsburg won the case, a landmark ruling that honored a man’s role in child raising and a woman’s role as a breadwinner. It set a precedent still used in courts today.

This is why I call Ginsburg one of ours. Women can claim Ginsburg’s work and ethics, but she fought for all of us. She truly believed women’s rights are human rights.

As one who believes we are all beloved in the eyes of God, I will miss this fighter. I will miss someone in the halls of power looking out for me and my loved ones, seeking equality and justice every day with the eyes of the nation watching.

Ginsburg is passing her baton to us. We have a responsibility to the widow, the orphan, the sojourner, the poor, those not at the table, those who struggle. Our actions speak volumes about our faith.

Each one of us is a fighter in our own way against the powers and principalities that would do us harm. We vote, we volunteer, we give our money and resources. We work with our neighbors to do God’s will on earth as it is in heaven. In doing so, we honor the legacy of Justice Ruth Bader Ginsburg. May her memory be a blessing. 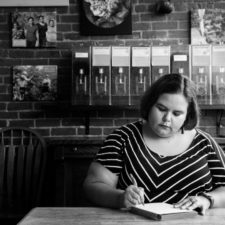