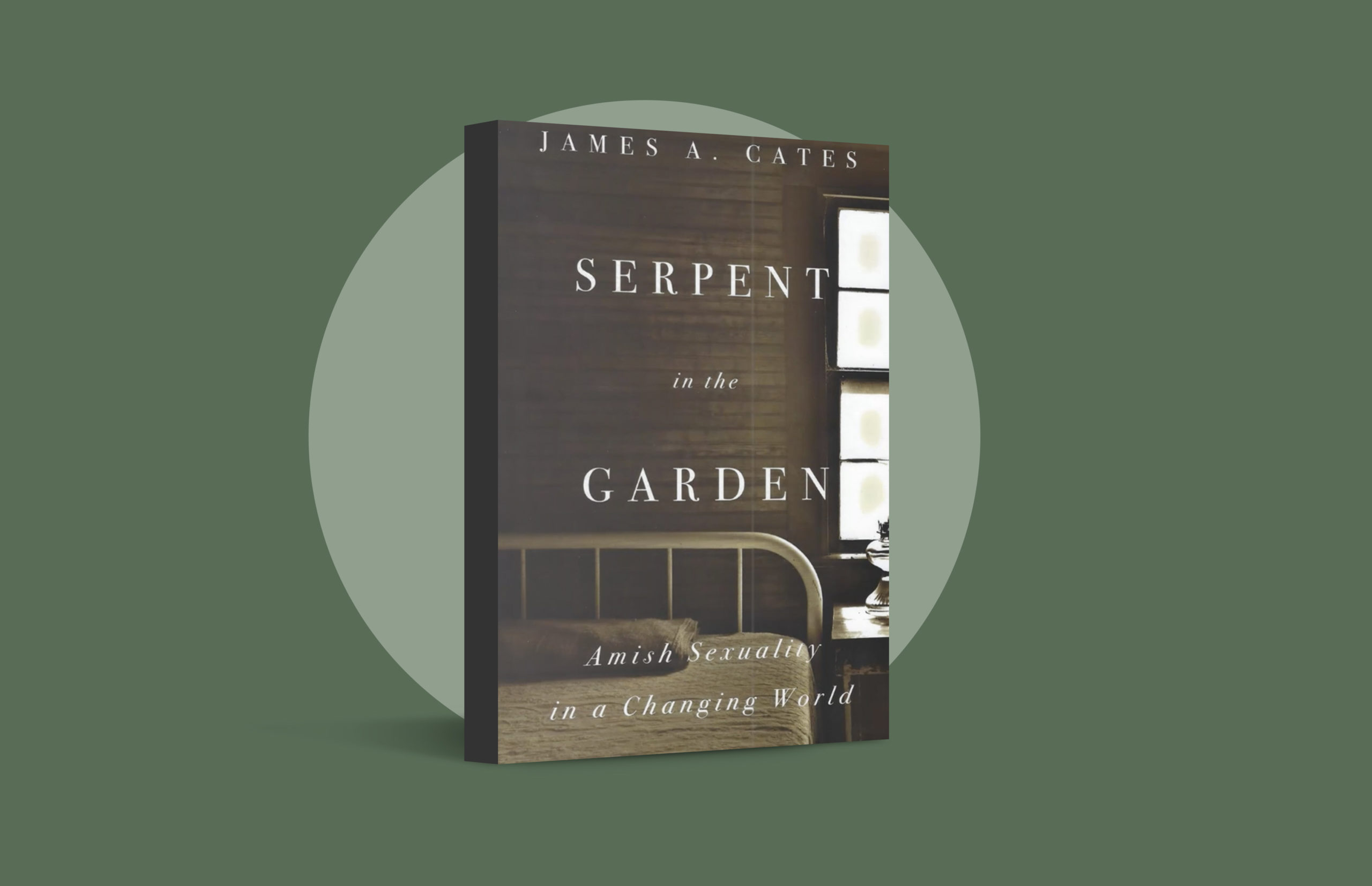 Serpent In The Garden by James A. Cates

When someone asked what books I had been reading, I mentioned James A. Cates’ Serpent in the Garden: Amish Sexuality in a Changing World.

“Why would anyone want to write about the Amish and sex?” my interlocutor responded.
Turns out, Serpent in the Garden answers this question well. Cates approaches gender and sexuality within the Amish community as a subject to be treated with careful respect. His measured work hinges on the idea that the Amish exist as sexual minorities in their own right, with cultural and spiritual expectations that set them apart from the predominant understandings of sex and gender.

Like anyone else, the Amish “cannot divorce themselves from their sexual desires, nor from the complex demands that sexuality creates.” And, even though the Amish endeavor to remain separate from the influences of mainstream culture, “they cannot help but be aware of the sexuality that plays out around them.” These two premises guide Cates’ exploration of Amish sexuality.

Cates’ study is rooted in significant research and in relationships he has built with Amish families as a clinical psychologist in northeastern Indiana. His previous book, Serving the Amish (2014), has been used as a guide for professionals who work with the Amish, from police officers to medical personnel to social workers.

Cates dispels any notion that the Amish hew strictly to traditional gender roles. Although we might assume a patriarchal system, Cates identifies a “soft patriarchy” where women and men sometimes take on roles not so rigidly defined by gender. In some ways, age contributes to a determination of roles as much or more so than does gender.

Serpent in the Garden also considers intimacy — within married relationships and also within churches, within families and between friends. While intimacy often connotes a private (and often romantic) connection, Cates convincingly argues that for the Amish, different kinds of intimacies forge strong bonds, “creating cohesion within the family, the church, and the settlement . . . that ensures the primacy of Amish beliefs” while limiting the possibilities of relationship with those who are not Amish.

Other chapters delve into topics some readers might believe taboo, though their inclusion is necessary to provide a comprehensive view. Cates sheds light on sexual abuse within Amish homes, especially the ways abuse is handled when brought to light.

It might be hard for those outside of Amish communities to understand the centrality of forgiveness in Amish faith. But Cates — who has testified in many Amish child sex-abuse cases — shows the significant role forgiveness plays in contending with abusers, as well as the conviction many Amish share that abuse cases should be handled by the community rather than a court of law.

Cates is unflinching in his discussion of gay identity within the Amish. Gay Amish face a choice of leaving the church (and thus their families, churches, communities and vocations) or sublimating their gay identities and presenting a heterosexual self. Because “personal identity is subsumed to the group,” and because the collective culture of the Amish is heteronormative, there is no openly gay Amish subgroup. He does not foresee a change in their stance toward LGBTQ people: “The Amish attempt to maintain their heteronormative standard is part of a larger, longstanding overarching effort to retain their way of life, regardless of the derision heaped upon them.”

Serpent in the Garden derives its title from the Genesis story. A literal reading of the temptation facing Adam and Eve suggests Eve’s capitulation to the serpent allows evil into the world, spoiling everything. Yet Cates sees in the story another potential interpretation, one in which the serpent symbolizes intimacy, “the deep and unmet need that abides in each of us, the desire to be known and understood, and the simultaneous fear that others may know us too well.” He adds: “That universal struggle, symbolized by the serpent, leaves us vulnerable, longing, hopeful and dismayed.” In this reading, Cates affirms his book’s central argument: that the Amish, although intentionally set apart, share the universal need for intimacy, a need complicated by the cultures in which we live.

To some degree, Serpent in the Garden is an academic book, and those looking for a breezy discourse might need to look elsewhere. Cates’ work is an important contribution to our understanding of the Amish — and, given the universal themes it explores, to understanding our own sexual and gender identities.