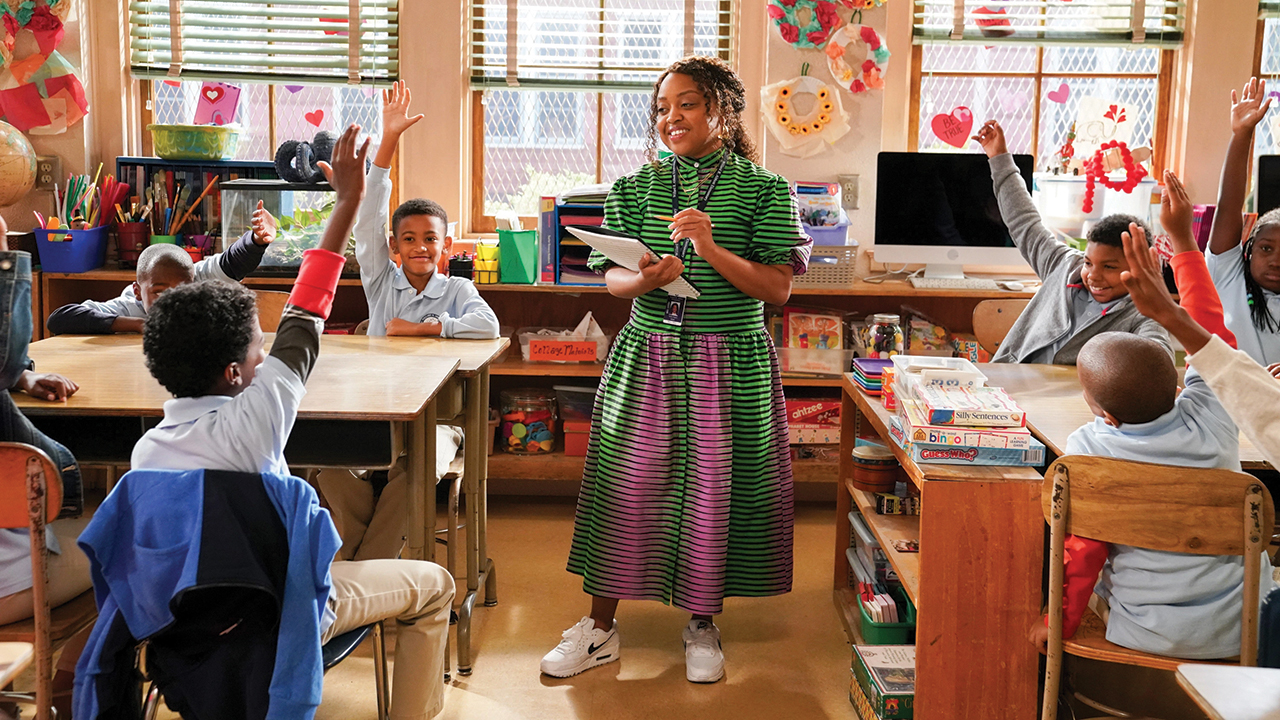 The newest television show I was not watching soon enough is Abbott Elementary, a sitcom now in its second season.

Filmed in the mockumentary style made famous on television by The Office, the comedy is based on a group of teachers at a Philadelphia school. They look out for their students and each other as they face the challenges of budget cuts, students with sometimes stressful home lives and an administrator who is mostly (but not completely) vapid and vain.

Many interactions take place with fellow rookie teacher Jacob Hill, an earnest history teacher quick to reference his times doing service work in Africa or a book he has read on antiracism. That, and his awkwardness, hit several Anabaptist notes.

Jonny Rashid, a former real-life teacher who is now a real-life pastor, said Abbott Elementary’s portrayal of school and the community is accurate. He serves at Circle of Hope, a Brethren in Christ church with four locations in the Philadelphia area.

“The way they portray education in general is new — how practical they do it,” he said. “It’s not a warm and fuzzy story, it’s an earnest story about teachers doing their best. It doesn’t really romanticize the experience of urban education like past media has.”

He said the teachers who attend his congregation have connected with the characters’ foibles and felt validated by depictions of teachers’ sacrifices for success. It is an understatement to describe Abbott Elementary as one of the best television programs to convey the way teachers minister to their students — especially in public systems.

“Humor can definitely break the ice. It can help people engage material that can be difficult,” said Rashid, the author of Jesus Takes a Side: Embracing the Political Demands of the Gospel, published by Herald Press.

Jacob’s quickness to quote Robin D’Angelo’s White Fragility in one episode is an opportunity to chide with grace.

“Would Jacob be a good fit at an Anabaptist church? Sure, at a progressive Anabaptist church like Circle of Hope,” Rashid said. “We’re often full of well-intentioned white people who sometimes miss the mark of antiracism.

“I think a lot of Anabaptists have some work to do with things. It’s not just about reading the right books but about relating to people. I think the character of Jacob is working on that as well.”

Mr. Eddie, the first-grade teacher, summed it up at the end of the second season’s premiere: “We can’t do it all, but we’ll do what we can.”

Abbott Elementary airs on ABC and streams on Hulu and HBO Max.