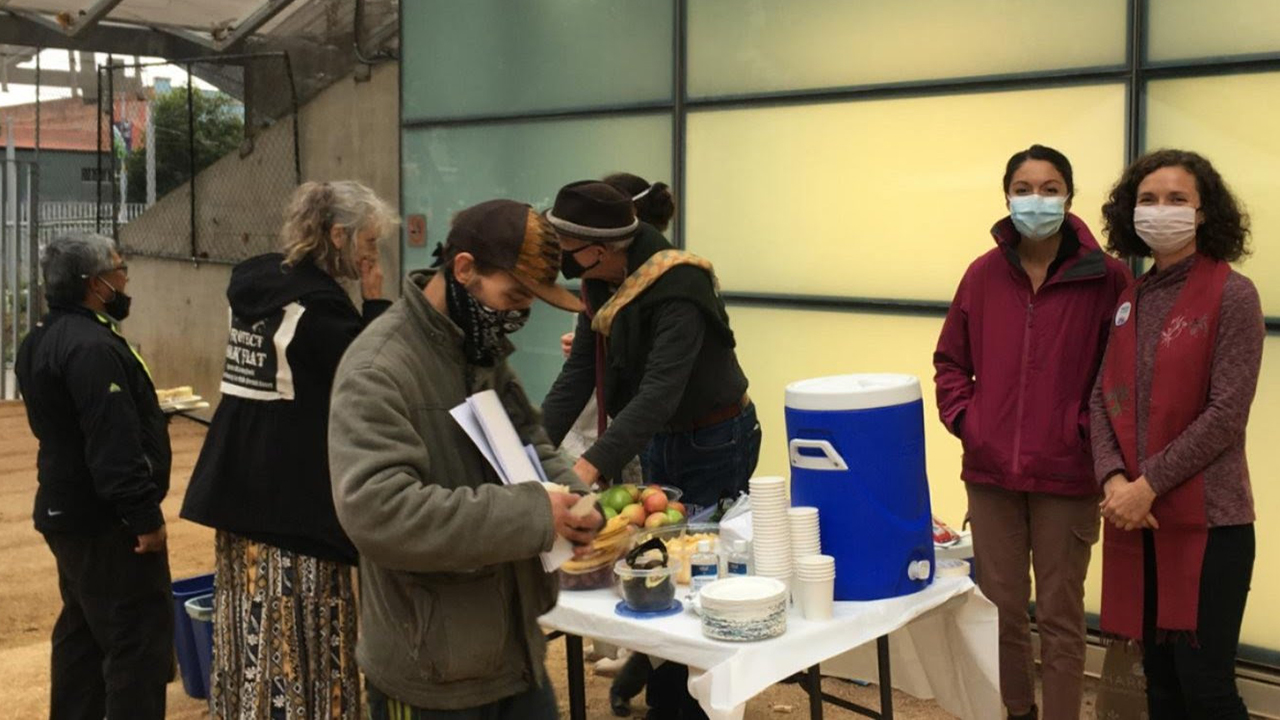 Members of First Mennonite Church of San Francisco support members of a tribal group during an October court hearing to prevent the transfer of Arizona land sacred to their tribe to a mining company. — Dismantling the Doctrine of Discovery Coalition

Mennonites supported an Apache tribal group before and after an Oct. 22 court hearing to prevent the transfer of Arizona land sacred to their tribe to a mining company. The land being considered for mining, Chi’chil Bildagoteel (Oak Flat), is sacred to the San Carlos Apache people.

The U.S. Forest Service claims ownership of the land, located just outside the San Carlos Apache Reservation east of Phoenix. Congress has promised the land to a subsidiary of the mining company Rio Tinto. However, a group called Apache Stronghold filed a lawsuit in the 9th U.S. Circuit Court of Appeals to prevent transfer of the land to Resolution Copper. The group organized a prayer caravan from Oak Flat to the court hearing.

Members of First Mennonite Church of San Francisco served food at and participated in a prayer vigil during the court hearing in San Francisco. Members of Dismantling the Doctrine of Discovery, a coalition of Anabaptists who seek to dismantle systemic dispossession of life and land from Indigenous people, connected the group with housing in the city during their stay. A prayer group from Mountain States Mennonite Conference and other supporting congregations held online prayer and advocacy activities.

Wendsler Nosie Sr., former chair and council member of the San Carlos Apache Tribe, has said politicians representing Arizona declared war on his tribe’s religion when they included exchange of the land in the 2015 National Defense Authorization Act.

The Dismantling the Doctrine of Discovery Coalition and other advocacy groups are watching the case closely. They believe the decision could either strengthen the legal justification for federal land transfers as a means of taking tribal lands or set a new precedent for tribal rights based on religious freedom and protection of sacred sites.