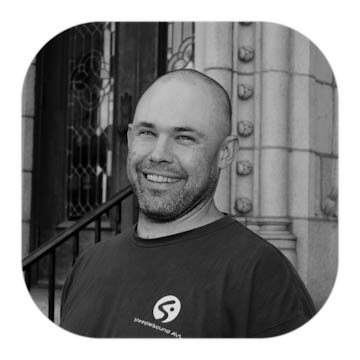 Ben Walter is co-pastor at Ripple in Allentown, Pennsylvania. This piece originally appeared in the Sept. 28 edition of Franconia Mennonite Conference’s Intersectings publication.

The national anthem protests in the National Football League (NFL) this week  have brought everyone to the table with opinions, praises, threats and outrage.

As a United States Army veteran, I can understand why many people think it is a big deal that someone would decide to sit or kneel instead of standing for the anthem. Standing up is viewed as a way to honor those who serve in our nation’s military. Participating in the patriotic rituals of our culture is strongly linked to showing respect for the men and women who have died while serving in the armed forces.

However, there is also an inherent element of praise for our country in the singing of and standing for the national anthem. This seems to be at the root of the conflict surrounding this issue. Many Americans view our nation as the example of righteousness in the world, embodying freedom and justice for all. Others, especially people of color, look at their own history in this country and do not see much righteousness, freedom or justice. In fact, that history is full of terror, violence, theft, and death.

You may read this and want to reply with examples of people of color who have been successful in the United States. We just had eight years with an African-American president. Colin Kaepernick and others who kneel are millionaires. Though true, this does not change the fact that black people across our country still face numerous injustices that are inextricably linked to the color of their skin: housing discrimination, lack of community support and resources, racial profiling, stop-and-frisk, police brutality, the school-to-prison pipeline and mass incarceration.

These atrocities are part of the system of white supremacy that has been in the DNA of our nation since the beginning. This is our national original sin. Yet we continue to refuse to confess, repent, and work toward ending this sickness. Until things change, people of color will bear the dire consequences, and those of us who live under the shade of white supremacy will continue to dehumanize others and ourselves.

When Colin Kaepernick took a knee last year during the national anthem, these were the things that weighed heavy on his mind. He was refusing to stand in honor of a nation that is failing to live up to its ideals of freedom and justice for all. He refused to stand in praise of a nation with police who murder black people and a justice system that allows them to go free. This problem is bigger than a few racist cops. These systems stretch all the way from the courts to the streets to our minds and deep into our hearts.

Despite my time in the military, I take no offense when someone kneels in protest during the national anthem. Personally, I view much of our military-focused patriotism as a form of idolatry, worshiping the gods of power and pride. As a Christian, I seek to give my allegiance to God alone. God and country are not one in the same.

Given our nation’s history of racism and ongoing racial injustice I empathize with those who refuse to give it praise. As followers of Jesus, we are called to go beyond empathy and move toward solidarity, specifically with oppressed people and communities. Seeking to understand these protests is just the beginning.