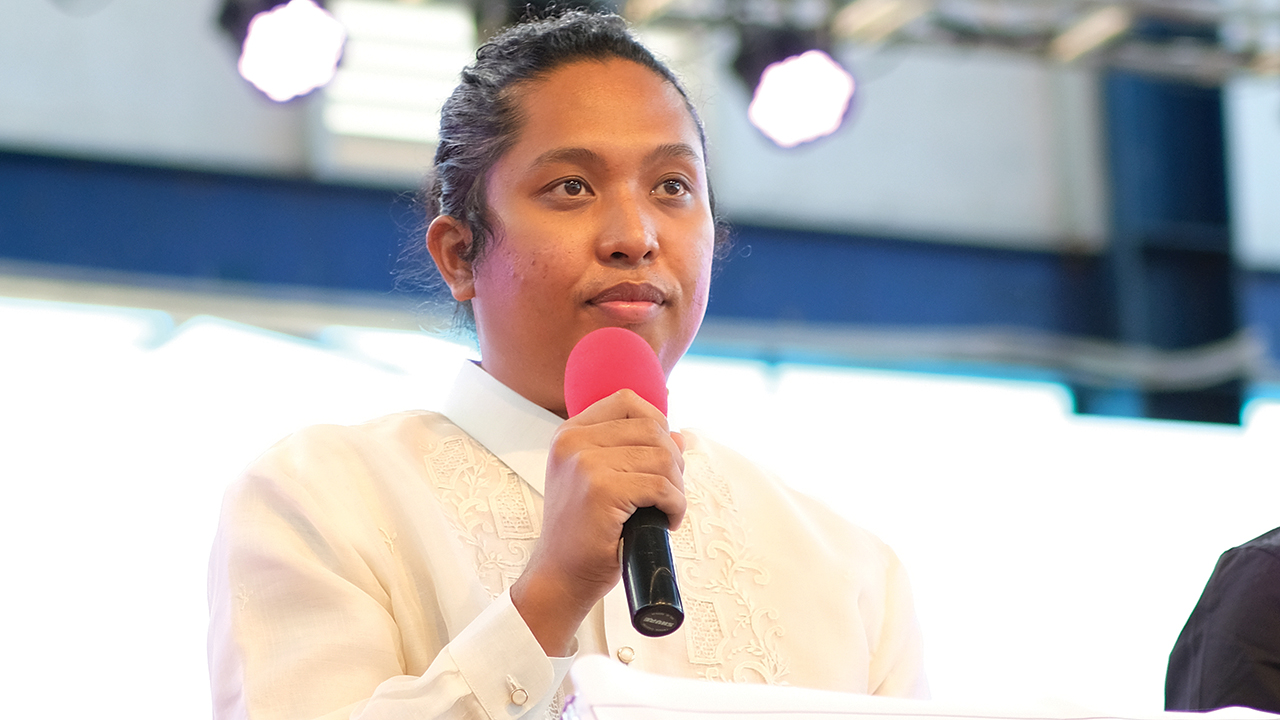 At this time of year, prophetic words ring in our ears. Eagerly we heed the oracles who foretold the consolation of Israel and the birth of a Messiah.

Our embrace of hopeful visions stands in contrast to the scorn the prophets endured for bearing unwelcome tidings: “They flung me alive into a pit and hurled stones on me,” says Jeremiah. “I am lost” (Lamentations 3:53-54).

Whether comforter or critic, all the biblical prophets perceived an astonishing reality: a universal Creator who takes an active interest in mortal affairs. And more: This deity desires acts of worship devoted to human betterment, not ritual piety. “Take away from me the noise of your songs; . . . But let justice roll down like waters, and righteousness like an ever-flowing stream” (Amos 5:23-24).

The Messiah had come. Had the prophetic call expired?

Not at all. It had, in fact, expanded.

On Pentecost, after Jesus’ resurrection, Peter quoted the prophet Joel: “In the last days it will be, God declares, that I will pour out my Spirit upon all flesh, and your sons and your daughters shall prophesy” (Acts 2:17).

And even so today.

Did we hear prophetic words this year? Surely we did. Perhaps some of them came from the mouths of our sons and daughters.

Does the word of the Lord as spoken by Joel, and then by Peter, imply that it is important to heed the words of those younger than ourselves?

If it does, then the voices of young adults who addressed the Mennonite World Conference assembly in Indonesia in July deserve our special attention.

One was Ebenezer Mondez of the Philippines, who said: “In times of trouble, we are the extension of God’s hand. The miracles of God come through us. This is what living together in times of crisis looks like. We forget about our differences and disagreements, and we find our common goal for peace. Truly, crisis and hardship bring out the best in us.”

This is a prophecy Anabaptists need to hear today. It is a word to carry with us in the year to come.

These are times of trouble for Anabaptists — war in Ukraine, political violence in Myanmar, persecution in India — and Mondez mentioned all of these.

These also are times when we become an extension of God’s hand. In April, José Arrais, a Mennonite Brethren leader in Portgual, described how European Mennonites had mobilized to send aid to Ukraine and take in refugees: “We never expected to have a situation like this in Europe, but when the reality came, all the conferences reacted with purpose.”

In Ukraine, Anabaptists are living up to some of Mondez’s prophetic words. Other parts of his vision remain aspirational. Especially this: We rise above our differences and unite around a common goal for peace.

This call for reconciliation is a prophetic word for Mennonites divided over LGBTQ inclusion. In Mennonite Church USA, signs point to further splintering, as an LGBTQ-affirming movement fuels discontent among those who maintain a traditionalist position. In Mennonite Brethren conferences, leaders have tried to stifle dissent from the traditional stance, even firing an Ontario conference minister who organized a meeting simply to talk about LGBTQ inclusion.

“Crisis and hardship bring out the best in us,” Mondez said. Sometimes this is true. Two of the three stories that led Anabaptist news in 2022 — the MWC assembly and the response to war in Ukraine — brought out our best: compassion, generosity, cross-cultural relationships. The third — MC USA delegates’ passage of an LGBTQ-­affirming statement — is testing the bonds of unity.

Will this challenge bring out our best? Such conflicts normally drive a wedge between us. To turn a new page, we need prophets who preach love, equality and peace. Young prophets may be especially good at this.