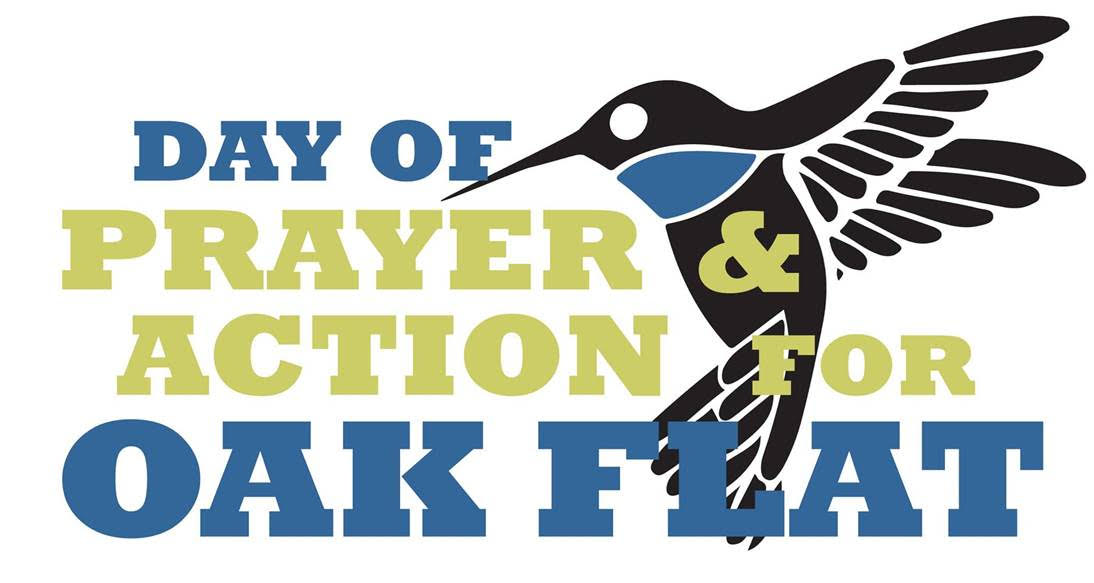 Anabaptists are joining a day of prayer and action on Dec. 21 to support an Apache tribal group’s opposition to proposed mining on land in Arizona.

The Forest Service could make a decision this month allowing a subsidiary of Rio Tinto, a multinational mining corporation, to begin high-impact mining operations at Oak Flat. Activists believe this would have devastating environmental consequences.

Among those supporting the day of prayer and action is Dismantling the Doctrine of Discovery, a coalition of Anabaptists who seek to dismantle systemic dispossession of life and land from Indigenous people.

Shalom Mennonite Fellowship in Tucson passed a statement in 2018 standing with the San Carlos Apache in opposition to the proposed mining. The congregation organized weekly prayers for Oak Flat through Lent and Advent this year.

The Poor Peoples Campaign and Indigenous activist from Mongolia, who are currently in a similar struggle against the mining company Rio Tinto, have also joined this cause and will be speakers at an online rally Dec. 21.

More information is at the Dismantling the Doctrine of Discovery Facebook page and the Apache Stronghold website. Registration for the virtual prayer rally can be found on the Day of Prayer and Action for Oak Flat Facebook page.