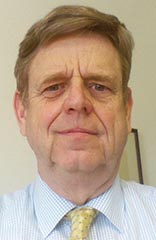 The Bible, experience and Christian charity allow for the exception of same-sex marriage.

This article was published alongside an article by Mark Thissen Nation.

The debate today among the churches on same-sex marriage has focused on the meaning of the texts—what behavior exactly was Paul condemning—and whether or not this prohibition is a culture-specific or timeless command.

Scholars have made sophisticated cases from Scripture on both sides of these questions. Their respective arguments provide Jesus’ followers with two contrasting narratives for discerning God’s will on same-sex marriage.

The createdness of human beings as male and female and their physical and biological fit for sexual union with a view toward procreation is presented in Scripture as God’s creational intent and foundational to human existence. This is the meaning of marriage for Scripture, in the wider religious world and in human history and culture generally.

This affirmation is not simply assumed as the normal cultural practice but is set forth as inherent in our created humanness at the beginning of Genesis, in Jesus’ teaching, when he says, “At the beginning of creation God made them male and female, and for this reason a man will leave his father and mother and be united with his wife” (Mark 10:6-7), in Paul’s reference to “nature” in Romans 1:26-7 and implicitly in every biblical discussion of marriage.

If we are created physical beings, and if material creation is important to God, which all Scripture affirms, the physical and biological fit of male-female sexuality and its intrinsic connection to procreation cannot reasonably be denied.

God ordained marriage between men and women, giving them complementary sexual organs, so that humankind could “be fruitful and multiply.”

Same-sex sexual intimacy is clearly different from what our bodies and our species are made and fitted for. Redemption of creation in Jesus doesn’t erase and replace the original creation but restores and perfects it.

It will not treat same-sex practice as more egregious than other behaviors that fall short of God’s perfect will. But this does not change the truth of God’s will or the ultimate goal of pastoral guidance and discipleship.

Narrative #2: Affirming marriage between couples of the same gender

God declared at creation that human beings are not made to be alone. Human beings need intimate social and physical companionship, and it is God’s desire that we have this.

Many young people raised in the church respond to this discovery in themselves by praying for God to change their sexual orientation or, if not, to grant them the gift of celibacy. Often other church members accompany them in this prayer.

A few find their prayers answered, but many—probably most—do not. Their need and longing for intimate companionship remains unchanged, no matter how rigorous their self-discipline.

This should not surprise us. Both Jesus and Paul recognize that not every believer has the gift of celibacy. And the evidence clearly indicates that many Christians with a same-sex orientation, like many who are heterosexually oriented, have not received this gift from God.

What are they to do? Paul writes that “it is better to marry than to burn with passion” (1 Corinthians 7:9). It is not God’s will for believers to live in chronic frustration and distraction, which undermines mission, or in promiscuity, which destroys holiness.

In the New Testament, marriage and procreation are no longer foundational imperatives. According to Paul, marriage serves to satisfy sexual needs in a holy manner and provide the blessings of intimate companionship. Above all, marriage is, or should be, a reflection of the relationship of Christ and the church.

It is increasingly apparent that many Christians in covenanted same-sex unions manifest the presence and power of the Holy Spirit in their lives and ministries, just as Peter recognized the work of the Spirit in uncircumcised Cornelius. This witness is significant because the Holy Spirit’s presence suggests a life in faithful relationship with God and because the Holy Spirit often runs ahead of the churches’ formal decision-making. First came the Holy Spirit baptism of Cornelius and the irruption of the Gentile churches, followed by the Jerusalem Council’s process of discernment and authoritative decision.

Above all, it is clear that mutual, self-giving love can and does occur in a marriage between two Christians of the same gender, reflecting the union of Christ and the church.

That is, a couple of the same sex can meet the “sacramental” requirements of marriage, illuminating Christ’s presence and serving as a means of grace to the world. No less than heterosexual marriage, such unions can be exclusive, permanent and issue in shared lives of service to God.

Must we decide between these two biblically based narratives?
Surely it is more biblically faithful to seek to reconcile and apply the entire range of relevant biblical material—and the testimony of the Holy Spirit in the experience of the churches—to today’s context.

While heterosexual marriages are the foundational biblical template and most accord with creational parameters, may we not recognize an exception for covenanted, monogamous same-sex unions/marriage, where a settled same-sex orientation exists and the gift of celibacy is lacking?

For biblical parallels to such an exception, we might think of God’s act of compassion in Numbers 9:1-8, permitting those who are ceremonially unclean at the prescribed time for the solemn Passover to celebrate it one month later.

Ordinarily the penalty for such a violation was to be “cut off from Israel.” And in 1 Samuel 21, David’s men are allowed to eat the consecrated bread, an unlawful act granted as an exception. Jesus later points favorably to this act, in defending his own disciples, who, contrary to a strict interpretation of the Law, pick grain heads on the Sabbath (Matthew 12:1-8).

Perhaps the closest parallels are Jesus’ (Matthew 19:9) and Paul’s (1 Corinthians 7:15) exceptions to the prohibition of remarriage after divorce, as Protestant Christians understand them. For Christians, such remarriage is generally prohibited, and it was completely banned as contrary to Scripture for 1,500 years.

But since the 16th century, Protestant churches—including Mennonites—have affirmed specific exceptions. Might monogamous, lifelong, covenanted unions or marriage between a couple of the same gender constitute a similar exception to the general prohibition against homosexual practice?

Such an exception is especially compelling, given that our historical and cultural context today is very different from that of the society in which Paul’s instructions were given.

Whether or not Paul’s condemnation of same-sex relations is best understood as specific to the depraved sexual practices that characterized the ancient world, this was clearly the predominant social-sexual context in which Paul wrote.

Today, the broad social context is very different. Mutual, loving, long-term unions—not of jaded heterosexuals but of ordinary men and women who are constitutionally homosexual—are common.

Affirming this exception would account for all the relevant underlying biblical affirmations and values. It acknowledges the created biological fit of heterosexual unions while also recognizing the sacramental capacity and witness of the Holy Spirit in the lives of many brothers and sisters in same-sex covenanted/married unions. And finally, it is to follow the classical Christian practice of making moral judgments with a predisposition toward charity.

Augustine, Calvin and some Anabaptists emphasized that all Scripture must be interpreted in light of Christian love. According to Augustine, “We must meditate on what we read [in Scripture] until an interpretation be found that tends to establish the reign of charity.”

And, “Whoever finds a lesson [in Scripture] useful to the building of charity, even though he has not said what the author may be shown to have intended in that place, has not been deceived” (Augustine: On Christian Doctrine by D.W. Robertson).

Calvin, who emphasized biblical authority, argued for discerning the proper application of Scripture’s moral instructions according to the “rule of charity.” “Everything,” he wrote, “should be examined in the light of Christ’s precept: Do unto others as you would have them do unto you. This precept is applicable every time” (Calvin’s Ecclesiastical Advice, translated by Beaty and Farley).

(In discussing when one may and may not lend money at interest, in view of the strong Scriptural injunctions against it, Calvin gives this principle of “charity” for determining the morality of any particular applied practice in view of biblical teaching.)

And the Anabaptist leader Blesdijk, opposing what he believed to be some Anabaptists’ overly rigid biblical literalism, argued that the words of Scripture must be understood according to what he called the foundation of all Scripture—”faith acting through love” (Anabaptist History and Theology: An Introduction by C. Arnold Snyder).

Recognizing this exception does not mean simply tolerating couples in same-sex unions as second-class church members. Rather it involves the judgment that God sanctifies this exception and accords these believers equal status in the Christian community, including access to licensed and ordained ministry.

Ultimately it falls to the churches—whether at the denominational, conference or congregational level—to discern and decide what the Holy Spirit is saying today about marriage between couples of the same gender. The term Jesus used for making such judgments is “binding and loosing.”

John Howard Yoder identified binding and loosing as a vital church practice of moral discernment and reconciliation that “deserves to be considered one of the sacramental works of the community” (Body Politics).

This requires careful reflection together on Scripture as God’s written Word. But it is not confined to the texts, as if the matter could be resolved by scholars alone. As with the question of Gentile admission, the testimonies of God’s dynamic work in the world—like those of Paul and Barnabas—and accounts of the acts of the Holy Spirit—like Peter’s experience with Cornelius—are likewise important. Infusing everything must be an unwavering commitment to know and do God’s will.

Scholarly exegesis is not an exact science, and history is not fully knowable. Ultimately, the churches will have to reach a judgment, in spite of conflicted scholarship, on the basis of their best reading of the totality of Jesus and Scripture, the best available historical knowledge and the living testimony of the Holy Spirit, who Jesus promises will “lead us into all truth” (John 16:13).

Martin Shupack is director of advocacy for Church World Service and attends a
Menno­nite church in Alexandria, Va.