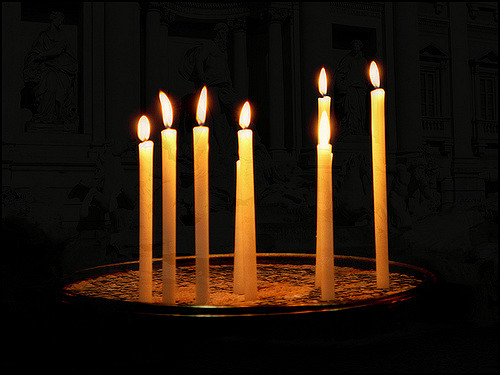 The relationship between the United States and North Korea has been fraught for a long time. That’s likely an understatement. But over the course of the last weeks and months, we have seen those tensions escalate. If you’ve been following the news over the last two days, you’ve likely seen a back-and-forth war of words brewing between the leaders of these two countries as news broke that suggests North Korea may have the capability to create missile-ready nuclear weapons that could reach the United States.

North Korea’s state-run media have announced that it is carefully considering plans to potentially strike the U.S. territory of Guam, and U.S. President Donald Trump has stated that North Korea should expect to be met with “fire and the fury like the world has never seen” if it attempts any aggressive action.

Yesterday, after the speech by Donald Trump, Hyun and Sue Hur, leaders from ReconciliAsian, an organization committed to Anabaptist peacebuilding in Asian-American contexts and on the Korean Peninsula, wrote: “Friends, no matter where you stand regarding North Korea, we must not respond with ‘fire and fury like the world has never seen.’ Even without nuclear weapons, over 11 million people in both North and South Korea will die within hours if there are missile strikes. Please take a moment to pray for the Korean Peninsula. Pray also for the leaders of North Korea and the U.S. that they would take the path of peace, not annihilation.”

As the drumbeats and voices calling for war grow, we at The Mennonite want to join the call for prayer. There are so many situations around the world right now that draw our attention and call for our prayers. Please feel free to use this invitation and these words as a guide and to adapt as needed in your communities and during your own prayer time.

A prayer for peace

They have treated the wound of my people carelessly,
saying, “Peace, peace,”
when there is no peace.–Jeremiah 6:14

Creator and Bringer of Life, we come before you scared, unsure, anxious and needing your presence with us. Everywhere we look, the trappings of your peace may seem far from view.

We pray for leaders around the world, especially in the United States and North Korea, as they are tempted to seek solutions to conflicts through “fire and fury” and as their words inch us closer and closer to mutual destruction. We pray for the vulnerable individuals who find themselves situated squarely in the middle of these escalating conflicts.

We pray for the people and places closer to home where we see the effects of our collective brokenness.

We repent for the places and times when we have been complicit in the buildup of a culture that trusts military might above all and that has built a for-profit industry out of making war.

Give us eyes to see the places where you are at work, beckoning us away from violence and toward your peace and healing.

For surely I know the plans I have for you, says the Lord, plans for your welfare and not for harm, to give you a future with hope. Then when you call upon me and come and pray to me, I will hear you. When you search for me, you will find me.–Jeremiah 29:11-13a

Written by Hannah Heinzekehr, in consultation with Hyun and Sue Hur and Gordon Houser. Photo from Creative Commons/aNdrzej cH.