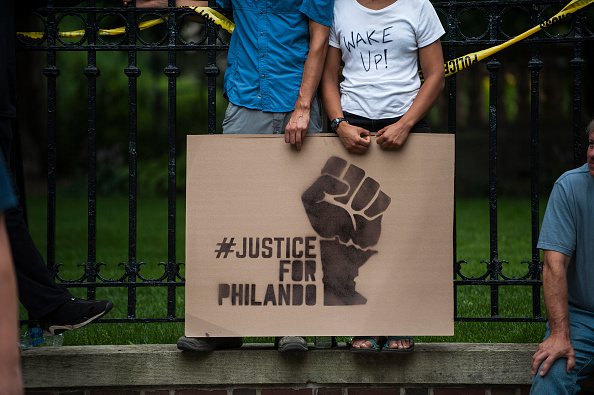 Earlier this summer, my 20-year-old son had a burned out headlight on his car.  I don’t know how long it had been out, but as soon as I learned about it, I was all about getting it fixed right away.  We made an event of looking up the right size lamp for his vehicle, going to the auto parts store, and then going to YouTube to figure out how to do the replacement.  We were successful – chalk one up for feeling accomplished and a little mother-son bonding.

But frankly, I wanted to get that light changed as soon as possible, because a burned out light can be a death sentence for a Black man.

The world woke up to this truth on Wednesday morning as we learned the news of the death of Philando Castile.

You likely know the details. Castile was stopped because he had a broken taillight. He was shot as he reached in his back pocket for his identification. His fiancé and her 4-year-old child were in the car and witnessed the shooting.

A few weeks ago, I had a conversation with a perfectly nice and well-meaning young white man. He explained to me how much easier it was for him to understand racism, and be motivated to work against it after having developed a friendship with neighbors who are people of color. The young white man explained to me that it was this friendship that really helped him understand, and care more about racism. The love and affection he and his family had for their neighbors – the meals and the stories they have shared – had done far more than any anti-racism training or other educational piece had done. He was making the argument that absent of personal relationships, we cannot advance the fight against racist oppression.

However, the systemic nature of oppression means that oppression functions despite the good will, intentions, and yes, the love, of many, many people. And at the end of the day I am more interested in my son coming home alive than I am with someone learning to love him.

I said as much to the young man. I affirmed his friendship with his neighbors, and tried to convey with my words that I did not belittle the transformative power of that relationship.  But in 2016 America, if I have to choose between being loved and being treated with justice, I’m going to choose justice.

If my son gets stopped for a traffic violation, I can’t hope that the officer who stops him loves someone who looks like him. I can and do know that the public at large, not just police officers, but educators, employers, people just walking down the street – has been socialized to view my Black son as a threat, as a criminal.

Can you affirm my humanity and my right to exist without loving me; that is, having warm feelings about me? What if I’m not lovable that day? Do you get to mistreat me then? Do I have to prove my love-ability – my worthiness of your love – over and over and over again? Or do I just get to be? These are serious questions.

At a traffic stop for a burned-out headlight, I can’t gamble on love.

So you see, well-meaning friends of all colors – it’s going to take more than love to change this.  Those of you who love me and mine – I see you.  I appreciate you. And I love you back. Those of you who don’t yet love me or just don’t – you don’t have to.  But you can still co-create a world with me that reeks of justice instead of despair. And frankly, I’d rather have you pay attention to that.

Beloved, yes, let us love one another. But today, my siblings, understand we cannot wait on your love if it is limited to feeling warmly about us.

Learn our racialized history. Learn about the road to eventual emancipation from slavery (yes – old history!) that was followed by a hundred years of legalized segregation (a newer history that we are barely 50 years removed from). Study the statistics that show that Black boys and girls are routinely and repeatedly disciplined and expelled from school far more frequently (for the same offences) than white children. Read about how job applicants with “Black” names get far fewer call backs than white applicants who have the same education and credentials.

Arm yourself with love and knowledge, and let’s work together for justice. 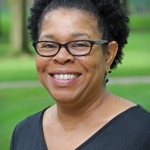 Regina Shands Stoltzfus is assistant professor of peace, justice, and conflict studies at Goshen College, Indiana, and was awarded the 2016 Spirit of Justice Award by the State of Indiana Civil Rights Commission, the state’s highest civil rights honor. In 2001 she earned a master’s degree in Biblical studies from Ashland Theological Seminary and is currently a Ph.D. candidate in theology, ethics and contemporary culture at Chicago Theological Seminary. She is a member of the Roots of Justice anti-oppression training organization.

Image: People hold Justice for Philando signs during a rally in Minneapolis after the fatal shooting of Philando Castile. Creative Commons.