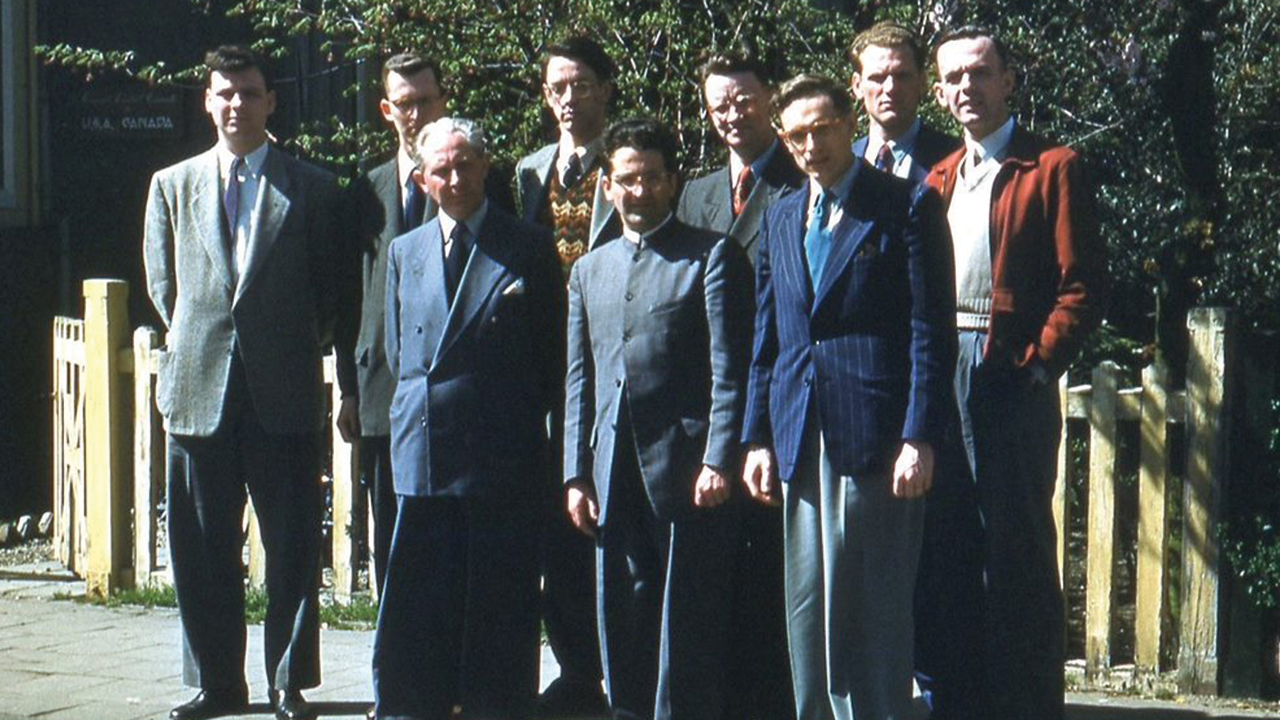 In the 1950s and ’60s, a group of American Anabaptist graduate students got to talking about the place of Mennonites in the modern world. One product of this conversation was an influential series of pamphlets.

Shaped by “The Anabaptist Vision,” H.S. Bender’s influential 1944 essay, and critical of Mennonite practices at odds with it, between 1954 and 1971 the group — known as the Amsterdam Seven for the location of their first meeting place in the Netherlands while all were getting their education or doing postwar relief work in Europe — began a process that led to a series of 18 pamphlets with contributions from more than 50 authors called “Concern: A Pamphlet Series for Questions of Christian Renewal,” that took up important Anabaptist themes that shaped a generation of thinking. The original group included ­Irvin B. Horst, John W. Miller, Paul Peachey, Calvin Redekop, David A. Shank, ­Orley Swartzentruber and John ­Howard Yoder.

The new publications include material from the original pamphlets and add new articles by contemporary writers. In all, there are seven books: four edited by Roberts, two finished more than a decade ago by Virgil Vogt and one started by Vogt and completed by Roberts. The last volume was completed in April.

The series addresses issues — belief, structure, governance, witness and engagement with the world — that are still concerns today.

“The call issued to discern what it means to be a faithful church in and for the times — ever the church’s call — is one we face with growing urgency,” Roberts said. “What theology, imagery and practices are adequate to the work and witness of disciples in this time and place? What is church for?

“[Concern was] a place to test ideas, raise questions, challenge practices, even change one’s mind. This example of dialogue across difference as a shared path toward renewal is welcome in the current increasingly polarized context, where disagreement seems more likely to end a conversation than begin one.”

The four books Roberts edited are:

— Concern for the Church in the World: Essays on Christian Respon­sibility, 1958-1963. Amid postwar relief and rebuilding efforts, reconsideration of views on nonviolence and civic engagement was under way for Mennonites. What peace theology could recast the church’s role in the postwar world, including its economic and political systems? Melissa Florer- Bixler’s contemporary response pursues the intersection of peace theology, economics and political ideology, calling for critical self-reflection on our participation in economic systems.

— Concern for Church Renewal: Essays on Community and Discipleship, 1958-1966. Do existing structures help or hinder the church’s need for renewal? Contemporary responses by Suzanne Guenther Loewen and César García reflect current iterations of these questions, shaped by concerns over the exercise of power and the role of structural, systemic inequalities.

— Concern for Church Mission and Spiritual Gifts: Essays on Faith and Culture, 1958-1968. These writings explore the role of culture in the church’s mission and lived faith through the global church and the ecumenical movement, Christendom’s legacy of colonialism and cultural accommodation and critique of rigid ecclesial structures. Contemporary responses by Hyung Jin Kim Sun and Andrés Pacheco Lozano offer postcolonial critique, demonstrating that such topics continue to be of critical concern.

— Concern for Church Polity and Discipline: Essays on Pastoral Ministry and Communal Authority, 1958-1969. The initial group viewed the increasingly hierarchical church structure and the emergence of a professionalized pastoral ministry as incompatible with a believers church. Essays discuss pastoral and communal authority and the assertion that reclaiming a disciplined priesthood of all believers is the path of Christian renewal. Contemporary responses by Kimberly Penner and Isaac Villegas discuss what institutional forms might best structure the leadership, authority and shared life of congregations, marked by particular concern about the exercise of power within communities of faith.