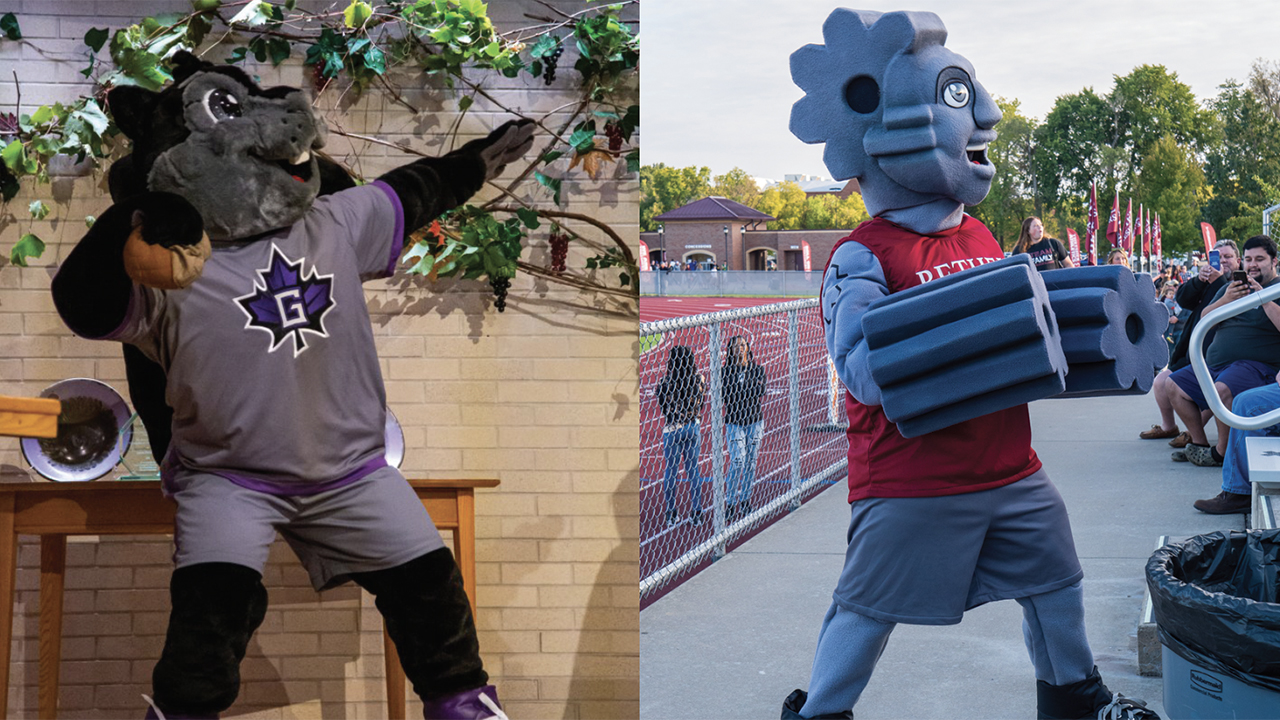 Goshen’s mascot, Dash, a black squirrel, debuted Oct. 7 during the Homecoming Weekend convocation. It was previously announced the new mascot would be a black squirrel, and the full embodiment and name was revealed that day.

Dash, who wears a size 42 shoe, will be regularly present at athletic and community events. The Maple Leafs will remain the moniker for Goshen’s athletic teams.

“We can’t think of a better lasting mascot than Dash,” said athletic director Erica Albertin. “We know the personality of the squirrel represents our institution and athletics: energetic, friendly, enthusiastic, clever, quick and small but mighty.”

Bethel’s symbol — a threshing stone — presented the challenge of developing a costume based on a piece of 19th-century farming equipment.

The result is Threshy, introduced to Bethel alumni, football fans and the world on Oct. 8 at Fall Festival, when the Threshers, ranked No. 12 in the NAIA national poll, beat No. 6 Southwestern College in the homecoming football game.

Threshy will join Bethel superfan Loren Reusser of North Newton to fire up the crowd at games and matches and will be part of other special occasions such as alumni gatherings and recruitment events.