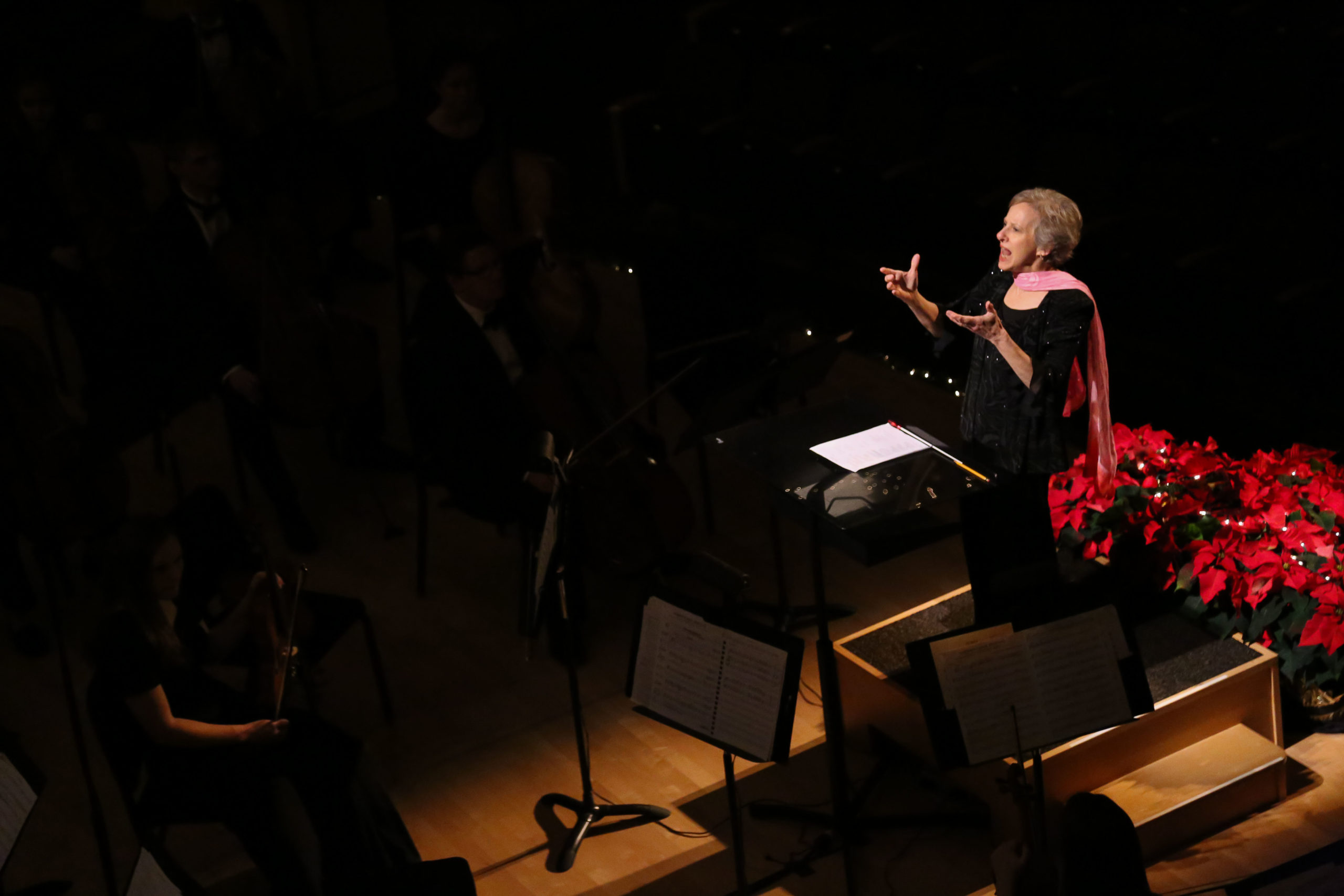 Dr. Debra Detwiler, Goshen (Indiana) College professor of music, died April 22, early in the morning, at her home in Goshen. She was 62 years old and taught at the college for 20 years.

Detwiler was born on April 20, 1957, to Delbert and Helen (Thut) Detwiler in Elkhart, Indiana. She is a 1979 Goshen College graduate and earned a master’s degree in music from the University of Northern Colorado in 1985 and a Doctor of Musical Arts degree from the University of Kansas in 2003. She taught in public schools in Indiana and Colorado and was assistant professor of music at Bluffton (Ohio) University for 10 years. Detwiler began teaching at Goshen College in 1999.

Detwiler was particularly passionate about exploring how the use of hymn and folk singing can become a catalyst for connections between people of differing cultures, faiths, ages and circumstances and serve as an empowering tool for women.

In 2004, she created the college’s Women’s World Music Choir, which had goals to discover and perform spiritual music of many cultures, both national and international, particularly indigenous cultures. The choir also highlighted the role of women in these cultures, celebrating the unique spirit, faith and energy that women bring to the world as creators and sustainers of life and art. The choir was an invited performer at the 2013 Indiana Music Educators Association conference in Fort Wayne and also performed at the 2008 Central Division conference of the American Choral Directors Association in Grand Rapids, Michigan.

“Deb’s influence in the area of women’s music has been an inspiration to many,” says Marcia Yost, director of the Arts: Engagement and Outreach. “Her compassion and musical talents provided a perfect outlet for making all who shared life with her feel special and cared for individually and collectively. What she offered musically and personally is a gift that will be cherished and greatly missed.”

Along with the Women’s World Music Choir, Detwiler has directed the Goshen College Chorale, Chamber Choir and Parables Worship Ensemble.

“She taught a generation of students to appreciate the transformative power of world music,” says Scott Hochstetler, professor of music. “We’ve lost a pillar in our community, and I’ve lost a great colleague, mentor and friend. She leaves behind a gaping hole at Goshen College, but she also leaves behind a community profoundly changed by her presence.”

In addition to touring many parts of the United States and Canada, Detwiler’s choirs have been in demand regionally, having performed with the Toledo Symphony, Fort Wayne Philharmonic Orchestra and South Bend Symphony. Detwiler and her choirs have worked and performed with such noted conductors as Vance George, Alice Parker, Donald Neuen and Gregg Smith.

As a conductor, Detwiler appeared regularly as a choral clinician with high school choirs in local, regional and national settings. She was an invited conductor at the 2012 Fulton County (Ohio) High School choral festival and the 2009 regional Mennonite Schools Council Choral Festival in Chambersburg, Pennsylvania. She has led workshops in choral and hymn singing at Mennonite churches, schools, conferences and conventions over the past three decades.

Dr. Detwiler’s voice students regularly compete and place at state and regional NATS vocal competitions. Choral and vocal graduates from her studio have gone on to study and have professional careers in Chicago, Boston, New York City, London and Berlin. She has contributed stage, vocal and orchestral direction to fully staged productions of operas and musicals at Goshen College, including Bizet’s Carmen, Sondheim’s Into the Woods, Strauss’s Die Fledermaus, Mozart’s Le Nozze di Figaro, and Gilbert and Sullivan’s The Gondoliers, among others.

She is preceded her in death by her father, Delbert. Surviving are two sons, Andy (Ali Gotwals) Brubaker of Goshen and Martin Brubaker of Richmond, Virginia; mother, Helen (Thut) Detwiler of Goshen; a sister, Karen (Loren) Nofsinger of Grand Rapids, Michigan; a grandson, Ian Brubaker; and many cherished nieces and nephews.

Visitation will be on Thursday, May 9, at Berkey Avenue Mennonite Fellowship from 2-4 p.m. and 6-8 p.m. A memorial service will be on Friday, May 10, at College Mennonite Church at 10 a.m.