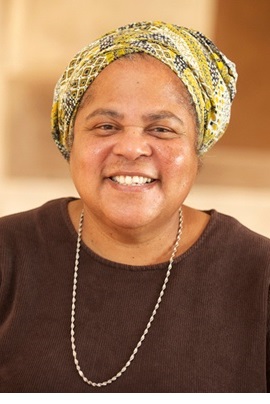 “You shall not make for yourself an image [carved form wood or stone] or any likeness [of anything] that is in the sky above or on the earth below or that is in the waters underneath the earth; you shall not bow down to them and you shall nor serve them because I, the Lord your God, am a jealous God…” —Exodus 20:4-5 (author’s translation)

A number of Confederate monuments have been taken down recently in cities and towns across the United States. Those who put them up said that they represent states’ rights, venerable ancestors and the Southern way of life. Those who pulled them down argue that they are honoring people who fought to preserve slavery and who were traitors to the United States.

As the Confederate monuments came down, zeal for the righteous cause erupted around the world and images of Cecil B. Rhodes, Leopold 11, Christopher Columbus and other slave holders, racists and conquistadors fell to the chopping block. Collectively, these people and others like them were responsible for the deaths of tens of millions of people and the extraction of resources and labor that enriched themselves and their countries while impoverishing others.

However, the problem is not just these individuals but the statues themselves or, to use the biblical term, “idols” made of any human that is used to persuade the masses that this person was different from and superior to other folk.

In ancient times, statues were erected of pharaohs and kings to intimidate ordinary folk. They were not built to the size of the actual person but were colossal so that they would dwarf any who passed by and make them feel small and insignificant. Pharaohs and kings thought of themselves as being not like ordinary folk but divine or semi-divine figures worthy of reverence. The representations of themselves in statutes was a reminder of that.

In chapter three of the book of Daniel, King Nebuchadnezzar sets up a golden image that is 60 cubits in height (about 90 feet). When various musical instruments are played, the people are commanded to stop what they are doing and worship the image. If they do not, they will be thrown into a fiery furnace. Notice that the worship of the image is not an act of devotion, and it does not bring a blessing. The purpose of the image is simply to separate those who are loyal to the king from those who are not.

Daniel’s three friends, refusing to worship the image, make one of the most remarkable statements in the Bible. They say that even if God does not deliver them from the furnace, they will still not worship the image that Nebuchadnezzar set up. Their devotion to God is not transactional. They will be faithful whether they are miraculously saved from the furnace or not.

Later in the book, Daniel faces a similar situation. In order to trap Daniel, the advisors of then King Darius advise him to sign a decree stating that for 30 days, no one in the kingdom may worship any god except Darius himself. That is what all these statues are about, the worship (ascribing worth to) of an individual. Daniel ignores the decree and is thrown into the Lion’s den. In these examples, the state is using religion to serve its political purposes. Statues and images were never about the past. They are about bolstering power and influence to serve political or ideological institutions of the present.

The cult of the individual so prominent in Western culture directs attention away from the role that a community plays in whatever achievements a person might make in life. It is not possible for a general, no matter how capable, to win a battle all by himself or herself. So why would anyone erect a statue of a general? It is not possible for a scientist, no matter how brilliant, to not build on the work of others. No one will create a vaccine against the coronavirus without studying the work of past virologists.

We should learn from Indigenous communities where it is not common to elevate individuals. Stories of heroism are often told in fables (stories about animals) or myths or the actions of the whole community to alleviate a problem or make decisions are at the core of passed down wisdom. The community, not the individual, is appreciated as the source of accomplishment.

All individuals are flawed, including some regarding the monuments, monumentally so. Recently, a direct descendant of Thomas Jefferson argued in an op-ed in the New York Times that the Jefferson Memorial in Washington, D.C., be taken down and replaced by one honoring Harriet Tubman. People who want to learn about Jefferson, he wrote, can better do that at Monticello, his home and plantation in Virginia. There, a more nuanced picture of Jefferson emerges, celebrating his achievements in the context of his enslaving of more than 600 people over his lifetime.

I would propose that not only Confederate monuments but all monuments to specific individuals be dismantled so that we can pass on a truer story of our past and present, a story about how we worked together to build our communities and create a more just, a more wholesome, a more innovative and a more faithful society.