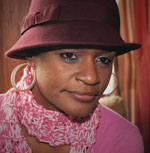 Grace and Truth: A word from pastors

Do you know that in 2011, 688,384 men and women—approximately 1,885 individuals a day—were released from state or federal custody? According to the U.S. Bureau of Justice Statistics, 4.8 million offenders were under community supervision by the end of 2011.

These men and women are expected to emerge from places of darkness and even personal hells and be able to function properly in our society. These men and women are given little guidance and assistance in the re-emerging process. Actually our society makes it extremely difficult for them to re-engage with family and communities because of our unwillingness to trust and forgive.

As Christians, we celebrate this Easter season reminding ourselves of the ultimate gift Jesus gave for all humankind. Jesus opened the windows of heaven for everyone who seeks the love and redemption of God. What does it mean to live a resurrected life? What earthly examples are there for the fallen, broken and confused? What is required of Christians to assist our friends and our enemies in their own resurrections?

There was a young woman who became strung out on drugs in the late 1980s. She had several children, but because of her addictions she could not properly care for them. Her extended family assisted her in raising the children over the years. The children watched their mother struggle to survive on the streets and even be sent to prison for drug possession.

For more than 15 years this was their life, one nightmare after another. Late-night calls from friends and family warned them that the young woman had again been spotted around town in an awful state. At times the family wondered if she would survive or if a call would say she was found dead.

But by the grace of God, she stumbled into a Christian drug rehab program for women. She checked in and gave herself to the process. She spent almost two years in the program, trying to get back her mind, emotions and spirit. She emerged from the center new, resurrected and loved. She never returned to the streets or drug life, even when times were hard. She talked about experiencing the love of God from strangers. She talked about experiencing genuine love, in spite of her past and her terrible mistakes. Because good people were willing to forgive her past and help her get on her feet, she lives a resurrected life.

When men and women re-emerge from jail and prison, it is vital that the community of faith wraps its arms around them. Re-entry programs need not be major activities within the church, but programs that provide transportation to job interviews, funds for new identification and driver’s licenses, safe spaces for monitored supervision with estranged children, lending libraries and pastoral counseling are helpful. For many returning from jail or prison, the greatest struggles are from within, Am I forgiven? Where do I start? What is this place [society]?

Our society is full of success stories and likely just as many failures, yet we serve a God who shows compassion and mercy. Christians are called to do the same. What does it require for us to help men and women recover from addictions and incarceration? How hard is it for us to forget the past and allow people to start again?

“For there is no distinction, since all have sinned and fall short of the glory of God; they are now justified by his grace as a gift, through the redemption that is in Christ Jesus, whom God put forward as a sacrifice of atonement by his blood, effective through faith.
He did this to show his righteousness, because in his divine forbearance he had passed over the sins previously committed; it was to prove at the present time that he himself is righteous and that he justifies the one who has faith in Jesus” (Romans 3:22-26).

We celebrate the Resurrection of Christ because it affords us the opportunity to be resurrected in this life and the one to come. We must look for those earthly examples of resurrection to encourage one another and ourselves.