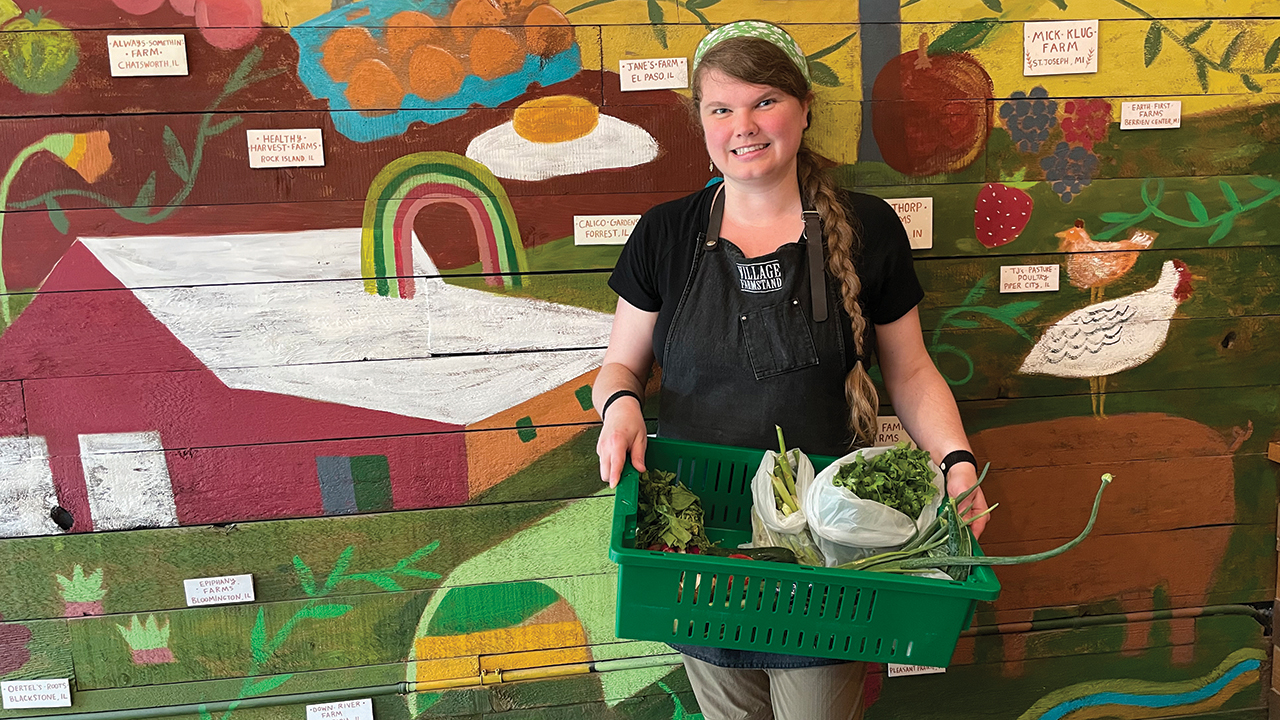 At my workplace, we have something called the pick bin. Our store sells local and sustainable produce, and when an item of food is a little wilted or has soft spot or is left over after everything has been sorted, it goes into the pick bin. As staff, we can collect anything from the pick bin for free and take it home.

Since starting work at the store, most of my fresh produce has come from this bin — and I have been eating like a queen.

Potatoes with moldy spots? Cut out the bad parts, shred the potatoes and freeze them for quick hash browns. Extra radishes? Pickle them! Mushy apples? Sauce them! Green garlic tops? Save them for soup stock! Wilted turnip greens? Cut off the roots and sauté up the leaves.

It’s been a smorgasbord of tasty, if imperfect, produce.

Reflecting on my pick bin treasures, I remembered the story of Jesus feeding the five thousand, a text that shows up in all four Gospels. There’s a detail that makes it into each retelling: After everyone has eaten, the disciples collect 12 baskets full of leftovers. I’d always assumed this note was included to emphasize just how much food Jesus had been able to provide, and I don’t doubt this is part of the point.

But what if this story gives us a clue about scraps and leftovers in the reign of God?

Our world doesn’t manage excess food well. The USDA estimates 30% to 40% of food in the United States goes to waste. The global number is about 17%, according to the United Nations.

In our overworked and exploitive society, not everyone has the capacity for the kind of food rescue I’ve been privileged to enjoy. I’m grateful to have a non-stressful job and a workplace that prioritizes sustainable food practices.

But reducing food waste can’t be something individuals tackle alone. It must be a practice that communities commit to together.

As Anabaptists, we’re known for frugal, waste-avoiding ways of dealing with food. As someone who grew up in a different religious tradition, my introduction to Anabaptism was my mother’s copy of the More-With-Less Cookbook, the epitome of food thrift. These food choices are often framed as part of the Anabaptist commitment to economic simplicity.

While using food scraps to save money is effective, if that is a person’s or community’s only reason for reducing food waste, they can begin to approach food with a scarcity mentality.

Certainly, for many people across the globe, these statements are the reality of poverty and oppression. But scarcity is not at the heart of the Good News.

Jesus told his disciples, “I came that they may have life and have it abundantly.” Jesus demonstrated this value in the miracle of loaves and fish, multiplying the meager offering into a meal with abundant leftovers.

Jesus’ followers gathered these leftovers not because there was scarcity but because the gifts of God made tangible in this community provided an abundance to be shared.

I’ve been imagining what they did with the leftovers: gave everyone a fish wrap for the way home, distributed to those in need at the nearest town, saved some for the journey across the lake. The leftovers were a celebration, the scraps a feast, because God had made a way out of no way.

In our own time, when people go hungry but a third of the wealthiest nation’s food gets thrown away, the problem is not scarcity but justice. Or, perhaps, we have a scarcity not of food but of imagination.

Some interpreters say the real miracle of the feeding of the five thousand was not a supernatural multiplication of bread but a moving of hearts.

When Jesus took the five loaves and two fish, blessed them, broke them and gave them to his disciples, he broke the power of scarcity. Everyone who had brought food with them for their journey imitated Jesus, and when they shared, there was more than enough to go around.

No matter how Jesus fed the people, the Gospel writers focus less on the mechanics of the miracle and more on the truth that, in this communion of nourishment, everyone was satisfied.

At the beginning of the story, when the disciples confronted Jesus with concerns about the hungry crowd, Jesus told them, “You give them something to eat.” This invitation still stands. The Earth is capable of producing enough food to feed everyone if we use our resources wisely. We have everything we need; scarcity is an illusion that only serves the wealthy.

But we can’t feed everyone without rearranging our systems and expectations. That’s why inventive leftover usage can be so powerful. It’s an act affirming that every part of God’s creation is good and worthy of attention. It challenges assumptions about the good life and what enough and waste means. It reminds us that “waste” in the natural world becomes compost, becomes dirt, becomes life again. Feasting on scraps is a practice of resurrection.

Those with the privilege of time and energy can bring divine creativity to our use of food scraps, modeling a world where those pushed to the margins receive all that is needed.

Let’s bring our pick bins and leftover baskets to the banquet feast of God — not because we’re worried about running out of food but because we know God has given us life abundantly.

Cassidhe Hart writes at the intersection of faith, ecology and ritual, exploring the ways we tell stories about our relationships with our inner and outer worlds. She is a member of Reba Place Church, a Mennonite Church USA congregation in Evanston, Ill. 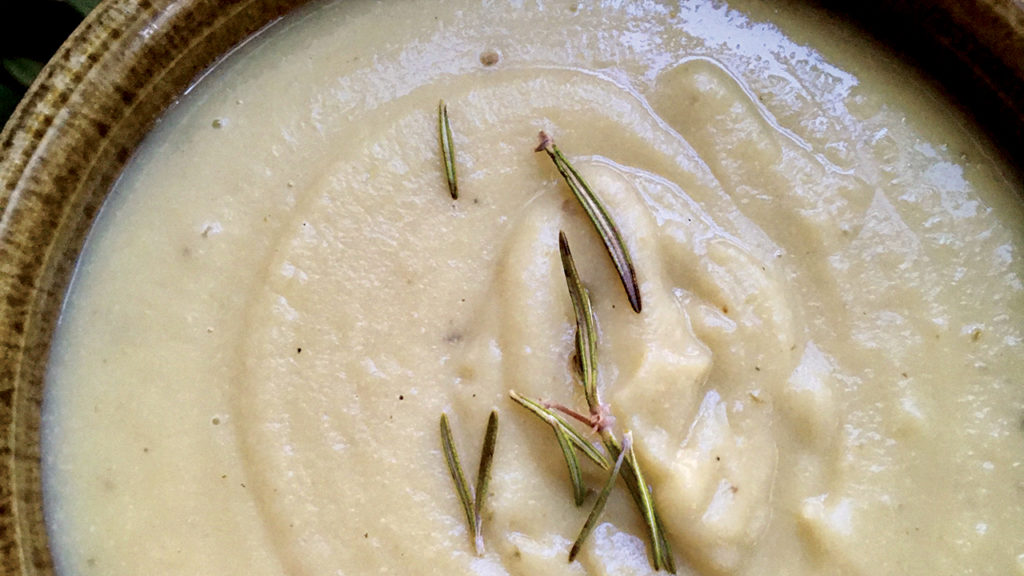 Pick bin recipes are never exact! Use what you have. I had a lot of Japanese sweet potatoes, so I made this sweet, creamy soup. This time, my ingredients were:

Milk, cream or cashew cream. I used cashew cream. To make cashew cream, cover 1½ cups raw cashews with cold water and soak 2-8 hours. Drain water, place cashews in blender or food processor, just cover with cold water and blend until smooth. Yields about 2 cups.
At least 4 cups of broth (use more or less according to preference). You can make vegetable broth from scraps with little effort. I saved onion ends, carrot peels, mushroom stalks and other vegetable parts as I was cooking and put them in a container in the freezer. Once the container was full, I placed the scraps, some water and a little salt in a crock pot, turned it on high and left it bubbling for the day.
3 medium Japanese sweet potatoes. These tubers have rough, red skin, with a white interior. They are much sweeter than orange sweet potatoes. We had an overabundance of these at the store, and I took some home. Peel and dice the potatoes.
1 large diced onion. Mine had some soft spots, but I cut them off.
Rosemary sprigs. I used at least 3, but that much rosemary can become overpowering for some. My sprigs were a little dried out and not sellable, but they worked perfectly for soup. Strip the leaves off the stems and save the stems for your next batch of homemade broth. It can help the blending process to cut the leaves into smaller pieces, but it’s not necessary.

Sauté onion over medium-high heat in oil until translucent.

Add potatoes and rosemary leaves. Stir until coated with oil and sizzling.

Add broth and bring to a boil. Reduce to simmer, until potatoes are soft.

Use an immersion or stand blender to blend soup to a creamy consistency.

Salt to taste. Garnish with rosemary. 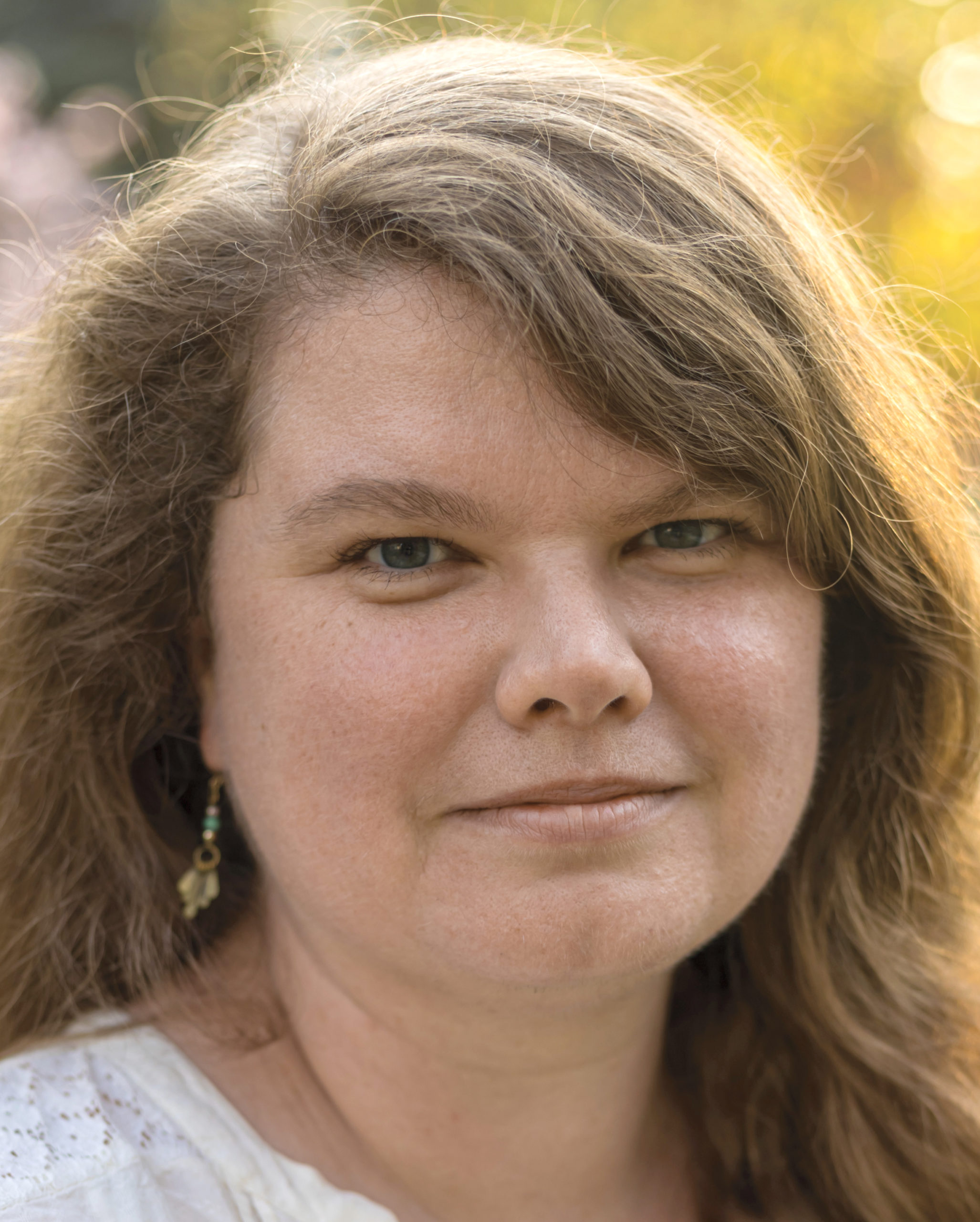