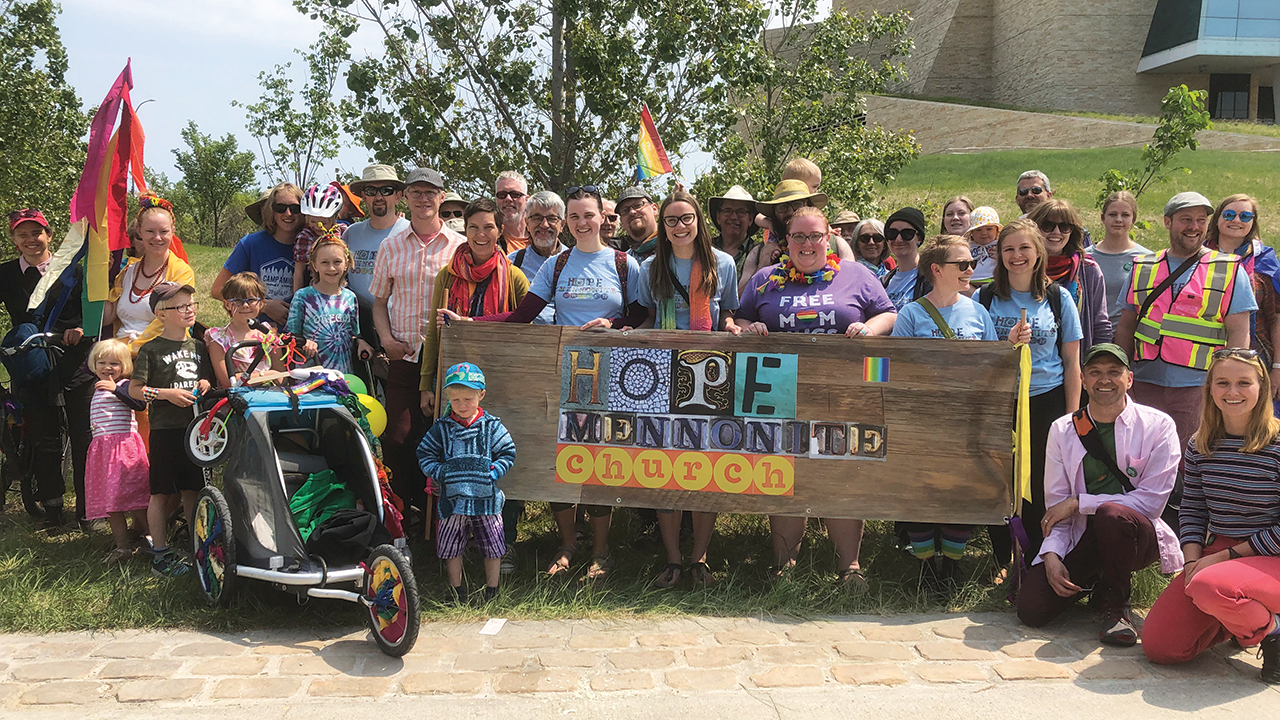 This pair of stories by two brothers are presented in parallel.

Finding pride in my brother

Over 40 years ago, soon after my younger brother Gerhard was baptized in a church that is part of what is now Mennonite Church Canada, he came out as gay.

You can imagine the church’s reaction. He was told he would need to address the congregation and ask forgiveness for thinking he was gay. He would need to promise never to have those thoughts again. Since that was impossible for him, he left the church very angry.

I had already left home about this time, so my interaction with Gerhard was limited. When we did meet, I seemed to be the lightning rod for his anger toward the church. It didn’t bother me. After all, I had God on my side, and the Bible made the rules. It said homosexuality was a choice, and Gerhard would end up in hell unless he changed his ways.

Then, in my early 50s, I began to re-examine my faith. I began to rethink a lot of the things I believed. One was whether people chose to be gay. I realized they didn’t. I realized God loved and accepted people like Gerhard. I knew I needed to show love and acceptance for my brother.

I contacted Gerhard. But he refused to see me.

I decided to write him a letter and apologize for the hurt I had caused. He replied with a letter of his own. He said he had never considered me an ally or thought of me as a supportive Christian. And he said it was hurtful to him that I would financially support an institution — the church — that had made his life unbearable.

I found this shocking. I thought I had been a pretty good Christian, but in my brother’s eyes I had come up very short. I hadn’t given any of this a lot of thought, but now I had to.

I asked Gerhard if we could meet. He finally agreed to have breakfast with me, and I apologized to him in person. I told him I would no longer connect myself with a church that was not inclusive and accepting of gay people.

I wanted to put my words into action. But how could I show support to Gerhard and the whole LGBTQ community? I was thankful when an opportunity arose to walk in the Winnipeg Pride parade in 2019.

I had never been to a Pride parade and didn’t know what to expect. People were gathered in small groups, some of them in costumes. The costumes were not offensive. It was a festive atmosphere. There was a Canadian military float at the front of the parade, with a band playing. People were giving speeches on the steps of the legislature building.

A number of us from River East Church decided to walk with people from Hope Mennonite Church. They had made a banner with their name, which we walked behind.

At first I didn’t think this was a big deal, but as we marched along, people pointed to the sign and then to us, saying: “Those are my people!” It felt freeing and right. I felt proud walking behind a Mennonite sign.

I heard my name being called. It was my brother Gerhard on the sidelines. As I turned around, he and his partner ran into the parade and gave me the biggest hug I’ve ever had.

It took over 30 years to get to that point, with lots of soul-searching, pain and frustration.

I felt the weight of those years slip off. I had found my brother.

Peter Thiessen is retired in Winnipeg, Man. He and his wife, Leona, attend River East Church, a Mennonite Brethren congregation.

Finding my brother at Pride

When I saw my brother Peter in the Pride parade, I couldn’t believe my eyes. I never expected to see him there. It helped end a long and painful chapter in my life.

I came out as gay over 40 years ago. Today I am happy and proud. But that was not always the case.

By age 12, I realized I was gay. Throughout my childhood, I had always been attracted to other boys. During puberty, this attraction turned romantic.

In my late teens, I decided to join my childhood church — something my family expected of me. During catechism classes, I was shocked to hear homosexuals were created when boys were seduced by older men. That had never happened to me. If any of us had gay desires, we should never act on them. Anyone who did could expect to go to hell.

After I was baptized, I got a Bible from the church. The inscription said the church loved everyone. Yes, I thought, unless you are gay. Then you can expect to be rejected.

Soon after being baptized, the preacher — a man I liked and respected — espoused a venomous condemnation and rejection of anyone who was gay. I was shocked and disturbed. He was talking about me! I didn’t know what to say. I feared what might happen if anyone found out.

Afraid for my soul and fearing rejection by the church, my family and friends — not to mention the wrath of God and eternal damnation — I desperately wanted to be straight. The conflict was enormous. My thoughts turned to suicide. If that was the only way to avoid going to hell, then maybe that was what I should do.

In my distress, I approached a church elder. I told him I was gay. ­Instead of offering kindness and help, he said I would need to address the congregation and ask forgiveness for having gay thoughts and would need to promise never to act on those thoughts if I wanted to remain a member of the church.

This didn’t make any sense to me. Wasn’t this who I was? Didn’t God make me this way? I wasn’t going to confess to the congregation. I chose to leave the church.

Happily, I found a supportive gay community that more than made up for the loss of the church community.

Recently, I celebrated the 40th anniversary of meeting my partner, Neil. There were some tough times, but our families have accepted us.

I’m in a good place now, but that experience in my teens soured me toward organized religion. It also caused me to lash out at people who went to church, like Peter. I was especially disappointed when he joined a church that had, as part of its beliefs, a condemnation of homosexuality. How could he do that and still be my brother?

When I saw him marching in the Pride parade behind a Mennonite church banner, I was blown away. I was surprised but also very happy.

Seeing him there reminded me there were times when the only banners churches held up were those filled with hate toward the LGBTQ community. For several years Peter had tried to reconnect and rebuild our relationship, but I wasn’t interested. He never gave up.

When we embraced at the parade, it felt wonderful. I had my brother back. 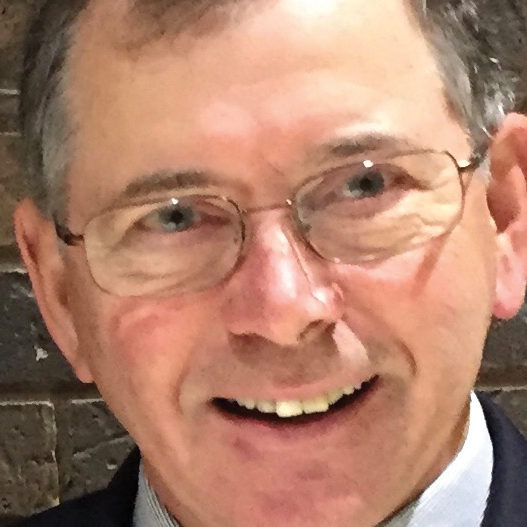 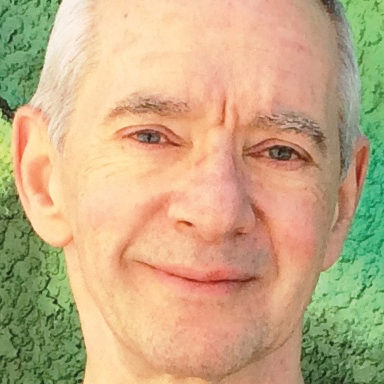