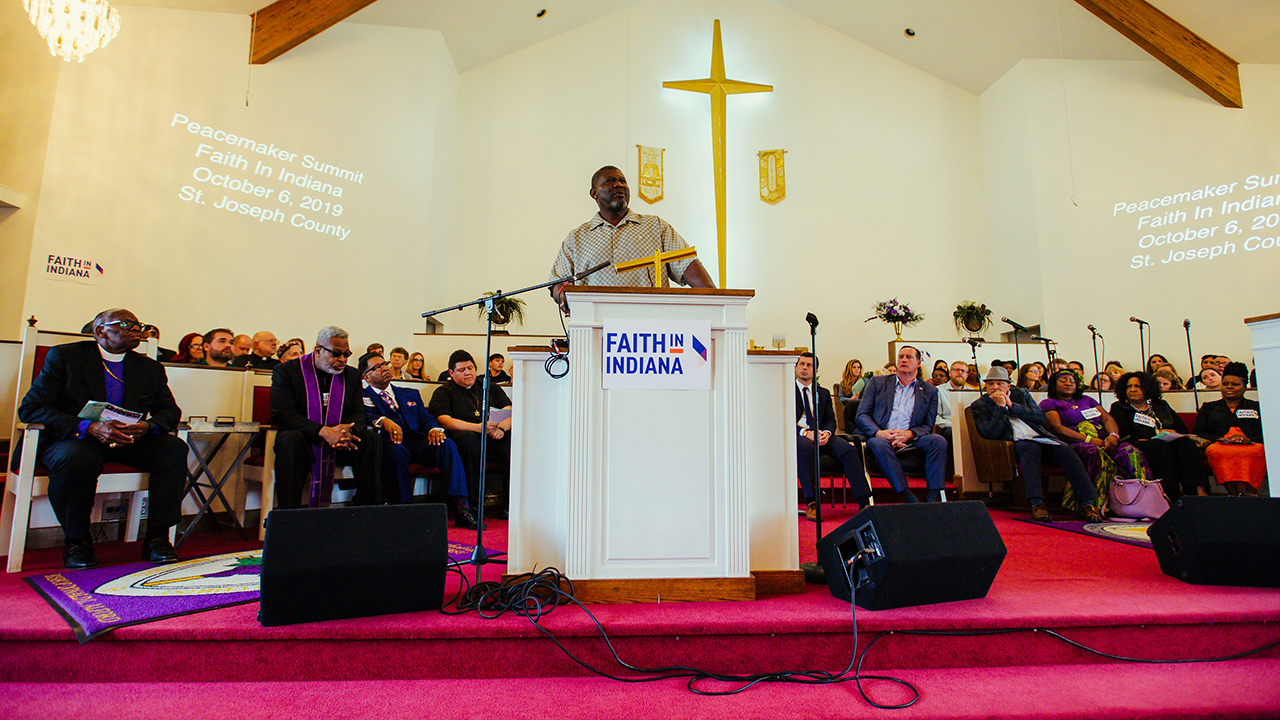 On the Saturday after George Floyd died after being handcuffed and pinned to the ground by a police officer in Minneapolis on May 25, more than a thousand people took to the streets in South Bend, Ind. It was a multiracial crowd of young people. They blocked traffic. A car procession meandered through town all afternoon.

I saw one pastor at the protest. Churches were definitely not leading this movement, but it felt like a powerful, Spirit-filled moment. The crowd was joyful, fierce and determined. There was love, and there was resistance. Imagination and hope for a different future were being unleashed.

How does lasting change happen? How do we move from protest to policy?

Seventeen congregations and community groups in South Bend have been building power together these last two years. We are Catholic, Mennonite and Jewish; Black, Latino and white. We are part of a statewide network called Faith in Indiana. In addition to deeds of mercy, we are acting together to pursue justice. Last October, 600 of our members gathered at a Black Pentecostal church and demanded that the mayor initiate police accountability measures.

In South Bend, like in many cities, there has not been a clear set of guidelines for disciplining police officers who engage in misconduct. Discipline has been based on precedent and the recommendation of the police chief. Repeatedly, officers who use excessive force or abuse their power get a slap on the wrist.

On Father’s Day 2019, Eric Logan, a Black father and brother, was shot and killed by a white officer who didn’t have his body camera on. He said Logan had a knife. He said he was afraid Logan was going to attack him. That was enough to get the special prosecutor to rule the deadly shooting was justified.

Ever since, Faith in Indiana has been pressing our mayor to make real change, including adopting a police discipline matrix — a small, but critical step in police accountability.

In June, Janice Yordy Sutter, one of the pastors at Kern Road Mennonite Church, was part of a group of 20 Black and white clergy and leaders who met by video with our new mayor, pressing him to do the right thing. He had committed to move the police discipline matrix forward, but we had seen no action. The group urged the mayor to use the anniversary of the shooting of Eric Logan to take the next step.

It took letters from other community groups, pressure from the city council, back-channel conversations, front-page newspaper articles and continued public pressure, but in June the mayor released a discipline matrix draft. Faith in Indiana offered concrete suggestions for improvement, and by mid-July, the Board of Public Safety unanimously adopted a revised and strengthened discipline matrix. Janice and her co-pastor husband, Dave, joined other faith leaders for a press conference before the vote. For the first time in South Bend, there are now clear guidelines for discipline for police misconduct — up to and including termination.

Protest and organizing are ways we show love for our neighbor in the public arena. Protest brings the community together and dramatizes the widespread and urgent demand for change. Building power with others through organizing makes it possible to move decision-makers toward concrete policy changes.