It happens several times a day. After asking a child to do something nicely three times (or more), I finally threaten, yell or become sarcastic.

The response: “Sheesh, OK. Why do you have to be so mean about it?”

The answer: Because being nice didn’t work.

This is true in much of life. 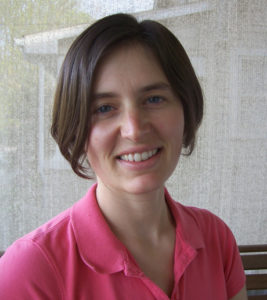 I spent the last several months trying to politely get someone to service our furnace. Finally, I put on my annoyed, bossy tone. I subtly threatened to blame the HVAC company should anything happen to our furnace. Lo and behold, the work order was issued; I got what I wanted.

There are times when diplomacy is successful. But it increasingly feels like “being nice” comes up empty.

As a youth I read Coals of Fire by Elizabeth Bauman. It is a collection of true stories, examples of peacemaking and showing love for one’s enemies. One tells of an elderly couple who awake in the middle of the night to the sounds of people walking around on their roof. They catch several men in the act of stealing their thatch roof. Instead of yelling or threatening physical violence, the woman prepares a midnight snack for the thieves. After the men shamefacedly eat her food, they silently go out and return the thatch to the roof.

Through my young years, I assumed that the thatched roof couple were angelic creatures who truly loved those bad men on the roof. They were bound to offer them food and forgiveness, because they were just that good.

Because of this, I continually missed the significance of the book’s title.

“Coals of fire” comes from Proverbs 25 (later quoted in Romans 12): “If your enemies are hungry, give them bread to eat; if they are thirsty, give them water to drink; for you will heap coals of fire on their heads, and the Lord will reward you.”

When I actually thought about the proverb, it seemed incongruous with the Anabaptist emphasis of loving one’s enemy for no other reason than because Jesus taught us to.

Proverbs 25 suggests that, in fact, our acts of kindness don’t have to spring from a well of genuine, inner kindness. Returning good for evil could be a strategic way to punish our enemies. Kindness can be a weapon.

Theologian Walter Wink once explained that Jesus was in the coal-heaping business. Jesus’ turned cheek was not weakness but an act of subversive submission. When someone steals our coat, giving them our shirt as well is a calculated kindness.

In Wink’s version, the punishment of hot coals is in the form of guilt, and the goal is repentance. Our enemies are shamed by our love, which motivates them to change.

But there are other ways to view this strategy. When I explained the concept of heaping coals as a nonviolent way to deal with conflict, one person said, “so like, emotional violence instead.”

Indeed, there are manipulative ways to shovel coals. I’ve found that one effective way to get my children to do something is to start doing it myself. Instead of yelling, I heave a sigh loud enough for all to hear and commence doing the chore. When they notice me working in their place, they feel guilty and start to help. Unfortunately, in my case my sacrificial act is more passive-aggressive manipulation than kindness. But it does get results.

My daughter listened to my thoughts on coals of fire and the possible ways to interpret and use the concept. She said, “Yeah, well, that doesn’t usually work anyway. Mean people don’t change that quickly.”

Unfortunately, she’s right. Too often our enemies are able to take the heat. Sometimes the men on the roof enjoy the meal and go on their merry way, taking the thatch with them.

There are also times we are the enemy, and despite another’s mercy towards us, we remain blind to our sin.

Love is a messy business, and discerning how to put it into practice can keep you up at night. Should we focus on heaping the hot coals, the promised reward from God, or offering food and drink?

The divine qualities of love — kindness, mercy, forgiveness — are learned behaviors. Often we show love not because we want to but because we have chosen to follow the Teacher who says we must.

Sarah Kehrberg lives in the Craggy Mountains of western North Carolina with her husband and three children.