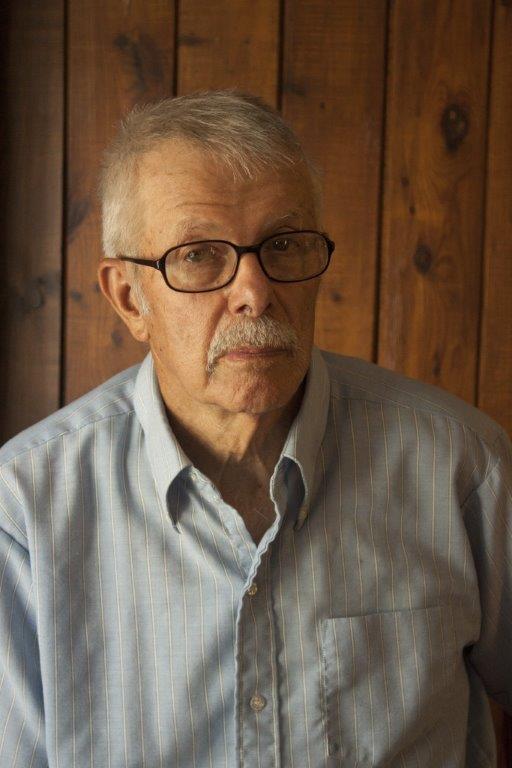 Daniel Hertzler is a member of Scottdale (Pa.) Mennonite Church and a former editor of Gospel Herald magazine, a predecessor publication to The Mennonite.

Dan West started it. As reported by Peggy Reiff Miller in Messenger (the official publication of the Church of the Brethren), May 2005, West was a Church of the Brethren relief worker in Spain during the Civil War. He concluded that “Sending cows, rather than powdered milk to people devastated by war would enable them to feed themselves.”

West’s idea developed into what is now Heifer International whose current catalog features animals from honeybees to camels. The idea is that we provide money and they provide the animals to people in need. Last Christmas, my wife and I bought two water buffaloes in honor of our grandchildren. But from 1945–1947, the Brethren were in partnership with United Nations Relief and Rehabilitation Association (UNRRA) to ship heifers and horses to Europe. UNRRA would supply the ships and many of the animals; the Brethren would recruit the attendants.

I was 20 years old working on my father’s dairy farm in Eastern Pennsylvania. The idea of helping to take heifers to Europe appealed to me. My father’s hired man had been drafted and Dad declared that I was to drop out of high school and work on the farm. However, it was understood that the time would come when I could go to college. And he agreed to the leave of absence.

I signed up and became a member of the US Merchant Marine as a “cattleman” and shipped out of Baltimore in December 1945. Three other men on the trip were acquaintances of mine, but we were a diverse group of cattlemen. Someone compiled a summary which includes the names, addresses and church affiliations. Ten states and two Canadian provinces were represented. There were 16 Mennonites, 10 Brethren, one Methodist, one Baptist and one Presbyterian.

The ship we sailed on was the Park Victory, a type of cargo ship developed by the US during World War II. It was larger and faster than the Liberty ships, an earlier style of cargo vessel. We had to learn to deal with the sea. When we first put out the sea was not rough, but there were “swells”. My system could not handle the swells. Most of the Cowboys at first got seasick and, as I remember, there was one who was sick the whole way and others had to do his work. After a few days, I began to adjust. I still had a little brown taste in my mouth but I could eat, sleep and work.

We crossed the Atlantic on a moderately rough sea. No great storm, but sometimes the ship could not go at full speed because of the rough sea. We negotiated the English channel, and the Kiel canal and finally arrived in Poland at the port for Gdansk (Danzig), a city that had been devastated by German bombers. It was January 1946.

According to the summary, we had left Baltimore with 491 mares, 336 heifers and eight bulls. Seventeen mares and 13 heifers died and were buried at sea. Eight hundred and five head were delivered at Danzig, along with three calves born on the way.

It took a week or so to unload the animals, the manure and some other products such as feed and fertilizer. During this time we were free to travel around the city using the local mass transit. We were dressed as American farmers with farmers’ work caps, but no one seemed concerned about us. One day we were loaded into trucks and taken to dinner as guests of UNRRA.

We were reminded to be on the ship when it was ready to go. Anyone not present would be left behind. After this was the long trip home. It was probably the longest “do nothing” experience I would ever have. There was a library on board and I probably did some reading. Otherwise it was just eat, sleep and take it easy. We were surprised to learn that instead of Baltimore, the ship would be sent to Houston, Texas. So from there I had to take the train back to Pennsylvania by way of St. Louis, Missouri.

Having gone to Europe once, I was eager to go again. By 1947, Mennonite Central Committee had begun developing “all Mennonite” crews and we had a spiritual director, Wayne Liechty from Archbold, Ohio.

We were more geographically concentrated than the earlier group. In a census taken in the mid-70’s, 12 were from Eastern Pennsylvania, six from Western Ohio, five from Indiana, three from Ontario, one from Illinois and one from California. (I’m sure he had moved there after the trip).

We sailed on the Plymouth Victory and our trip was to Greece from Newport News, Virginia and took only four weeks. We had a short time in Greece – time to visit Mars Hill and the Parthenon while the animals were unloaded. We were told that the Greeks did not want the manure and we were expected to unload it in the Mediterranean sea.

The ship left Greece on Saturday night and by Sunday morning they were ready for us to begin forking manure in order to have it cleaned out while we were still on the Mediterranean sea. But we were pious young men and determined to keep the Christian Sabbath. Of course, we had fed and watered heifers on Sunday on the way over, but cleaning stables seemed to us an optional activity which could wait another day.

Today I might be hesitant to press that point. Jesu, himself would on occasion take Sabbath keeping with a grain of salt. But we were young and a little radical and we would not be moved. The UNRRA supervisor was not amused. Indeed he was quite frustrated and threatened to deprive us of our $150 payment. Dean Hostetler said, “All right. Go ahead.” So that was that.

We did not work on that Sabbath, but on Monday morning we arose early and began to fork manure with a will. We got the ship cleaned out before we reached the Atlantic and before the end of the trip the supervisor affirmed that we were the best group of cattleman he ever had.

The end of a four-week trip was not to be the end of our group. In the summer of 1947, there was a call for a reunion at Archbold, Ohio. This was to be the first of about a dozen reunions to be held over more than 50 years. Again I asked for time off and Dad agreed, although I seem to remember that he was a little reluctant. This was the harvest season, after all.

Reunions would be held in Western Ohio, Eastern Pennsylvania and Ontario. In the mid-70s someone compiled a booklet listing the names, families and occupations of the 27 of us, from Aschliman to Zimmerman. In a rough tally of our occupations, I found six farmers; four professionals, including one pastor; six who might be classified as in some form of laboring; and 11 in business or management. There were four ordained ministers including George Weber who wrote, “My calling is a pastor, my occupation is operating a front end loader at a coal mine.” All 27 were married and I counted 126 children.

In September 2000, my wife Mary and I hosted a reunion at Laurelville Mennonite Church Center, Mount Pleasant, Pennsylvania. The agenda included our usual activities: sharing, worship and tours of local attractions. In this case these included Fallingwater, a famous vacation home designed by Frank Lloyd Wright and the Mennonite Publishing House in Scottdale which was still functioning there at that time.

The last of our reunions was held at Amigo Centre in Sturgis, Michigan, early in the 2000’s. A reunion was proposed for 2005, but instead of that we wrote letters. I find 19 letters in the file. The letter writers were to reflect again and again on the exigencies of life and their determination to face whatever comes.

Lawrence Good “is planning to have a hip replacement on December 13” but “we are happy and feel blessed having a loving family and they live close by.” Joe and Lois Hess “generally visit our children that live out of state every year or two.” Alpha and Mary Miller wrote, “We are enjoying our older years together.”

Some of the letters came from surviving spouses. Among these is an October letter from Loveda Liechty, wife of Wayne, who had been our spiritual director. She wrote, “I have been well but Wayne has his problems. He goes for dialysis three times a week and also has been hospitalized several times.” A note at the end of the letter adds that “Just a few weeks after the writing of this update, Wayne went home to be with the Lord.” Nancy Miller wrote that her husband Carl “passed away on February 14, 2004 as a result of pancreatic cancer.”

George Weber wrote regarding his wife Gladys, “On February 3, after an illness of a few days, she went very peacefully to be with her Lord.” Ralph Aschliman wrote that his wife Virginia died and he married a widow named Betty and they were very happy. So for those of us who remain, life goes on.

I don’t remember having heard any report of what became of the animals we helped to transport. Peggy Reiff Miller writes that,

“It is hard to assess the impact of the BSC/UNRRA partnership. The number of animals delivered – some 300,000 overall – including more than 4000 Brethren cattle, was a drop in the bucket compared to the need.

“But Mennonite cowboy Ron Graber relates an encounter of recent years with a Polish professional who recognized a souvenir Graber had in his house as having come from Poland. Graber told the man about delivering horses to Gdansk in August, 1946. The man told Graber that he had accompanied his father to the dock to receive a horse just about the same time.  ‘That horse meant the difference between life and death for our family that winter, ‘ Graber was told” (Messenger).

We have no knowledge of anything so dramatic from our efforts, but we would of course have no objection.