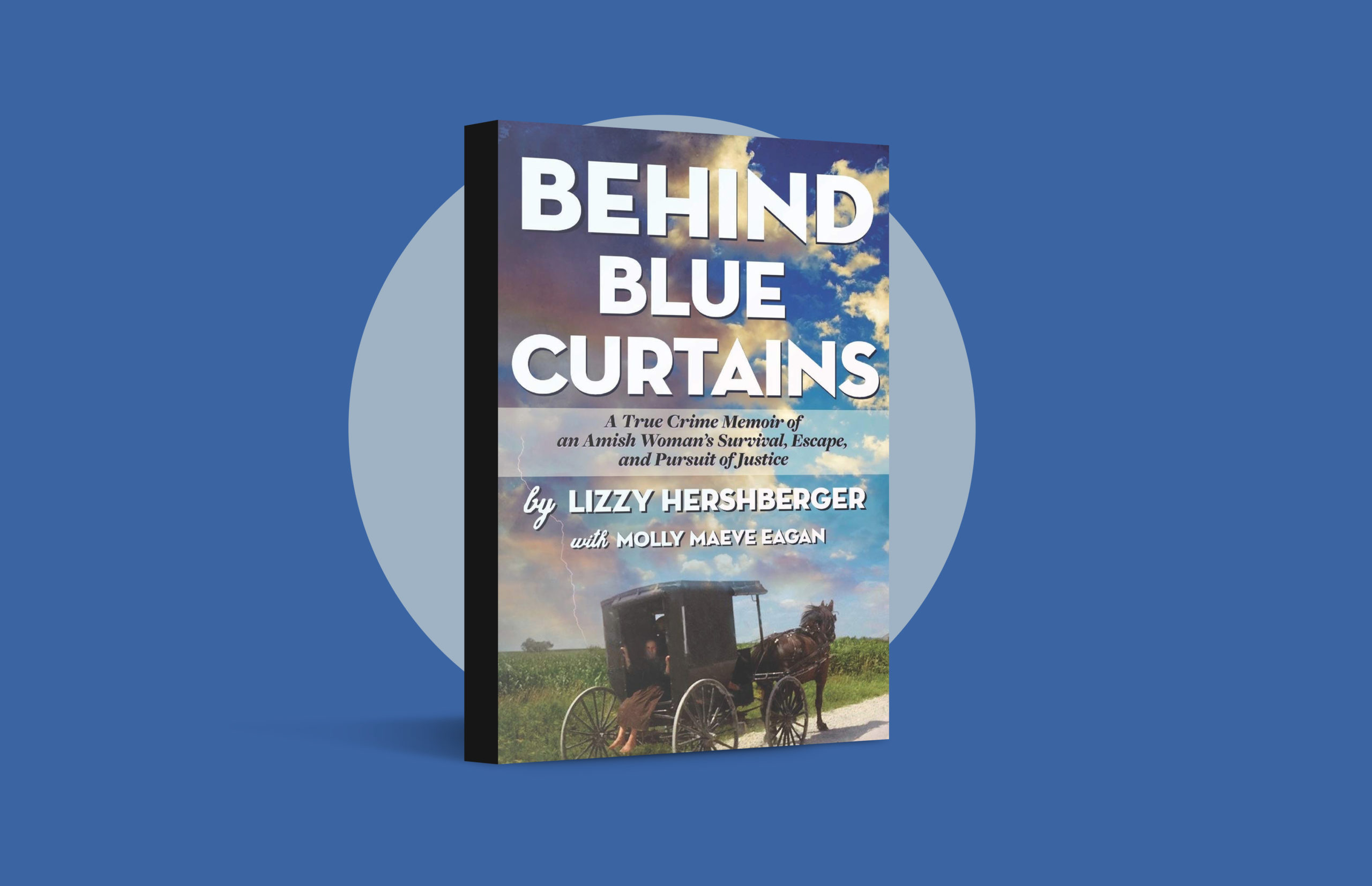 Behind Blue Curtains: A True Crime Memoir of an Amish Woman’s Survival, Escape and Pursuit of Justice, by Lizzy Hershberger (Nauset Press, 2021)

In Behind blue Curtains, Lizzy Hershberger writes of the ­sexual abuse she was made to endure throughout her childhood in Swartz­endruber Amish communities. With the assistance of Molly Maeve Eagan and in ­response to finding her mother’s and her own childhood diaries, Hersh­berger interweaves memories of childhood trauma with current experiences as a heroic survivor, protective parent and outspoken school board member.

The book starts with Hershberger’s courageous act of reporting the crimes to the police and ends with her boldly reading her impact statement at the trial of one of her abusers. In between these heroic bookends, she writes of the sexual, physical and spiritual abuse and abandonment she experienced throughout her childhood.

Hershberger’s narrative begins in 1974 as her family moves from Ohio to Minnesota. The dysfunction in her family and church community is astonishing and results in a long stream of appalling acts against ­Hershberger. Even the one mention of her interaction with a Mennonite church only ­exacerbates the abuse she has to endure.

The book is an easy read in that you can pick it up and finish it within a day, but not easy in that you’ll feel anger at the adults in Hersh­berger’s life as a child. I found myself holding my breath, hoping the next encounter with an adult would bring her the love and safety that she longed for and deserved.

Someone does finally step into the storm of Hershberger’s life and say the things she needed to hear: “That’s the way pedophiles groom girls to think what they are doing is OK. It isn’t OK. You deserve better than that. Shame on your mother and on the whole community for blaming you.”
While Hershberger could not take these words to heart at the time, they were a start.

This narrative is based in the lifestyle and culture of the Swartzendruber Amish, an ultraconservative group. Plain Anabaptists are diverse. Some travel by horse and buggy and some by car. Some have electricity and some do not. Some have farms, and some do wage labor. And some are more equipped than others to keep children and youth safe.

Hershberger didn’t tell anyone about the abuse she was made to endure, because there was no one safe to tell. And when there were safe people ready to hear her story, she couldn’t receive the lifeline thrown to her because her family and church had filled her with so many messages of shame and self-loathing.

Certainly, not all Amish families and churches are like the ones depicted here. Just as we would not read A Child Called It (1995) or The Glass Castle (2005) and assume all families are abusive, so we should not read books like this one and Bonnet Strings by Saloma Miller Furlong (Herald Press, 2014) and assume all Amish families are abusive. We don’t know if child abuse is more prevalent in Plain Anabaptist families than in mainstream society.

Many Amish children have loving, caring parents and close-knit, supportive communities. Plain Anabaptist communities across the United States are awakening to the horrific reality and harm of child abuse. Through the relentless efforts of many to offer abuse-awareness symposiums and to form and implement crisis-­intervention teams, they are responding to the abuse in their communities and to prevent further harm.

Not in all communities yet, but they’re working on it.

They’re grappling with the legal mandate to report child abuse. They’re figuring out how their values of forgiveness and obedience may make it more difficult to keep children safe from abuse.
I stand in awe of Hershberger’s resilience. I know there are many “Lizzys” out there with stories of their own, and they are finding their voice, thanks to her courage.

When child abuse happens in our churches and daily lives, my prayer is that we will listen to survivors and boldly stand up and speak out on their behalf.

A child should never have to endure what Hershberger endured. I am thankful she found the courage to write her story, to reject the messages of hate and shame she heard as a child and to embrace the love and wholeness available for us all.

Jeanette Harder is co-author of For the Sake of a Child: Love, Safety and Abuse in Plain Communities.