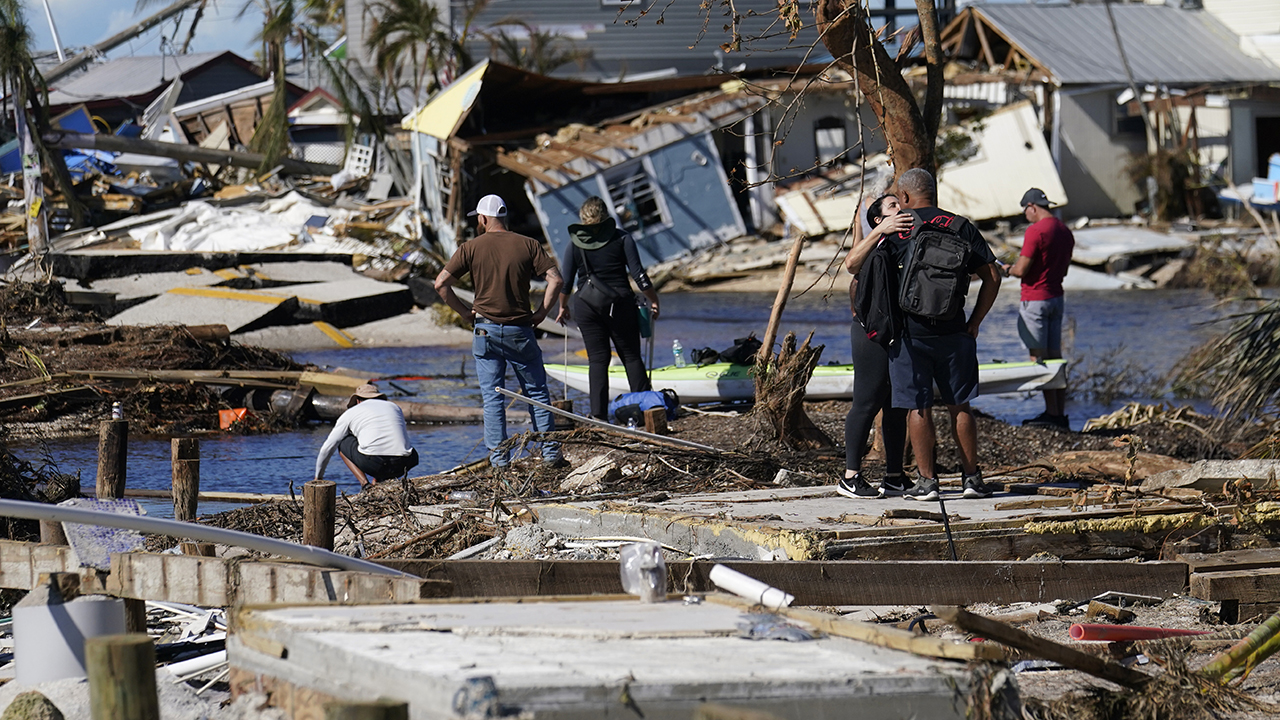 People stand on the destroyed bridge to Pine Island as they view Hurricane Ian damage Oct. 2 in Matlacha, Fla. The only bridge to the island is heavily damaged so it can only be reached by boat or air. — Gerald Herbert/AP

Hurricane Ian, a category 4 hurricane, cut a wide path across Florida and the Carolinas Sept. 28-30, with a death toll over 80.

Heavy rainfall and a storm surge driven by winds of 150 mph flooded many areas, breaking records near Fort Myers, Fla.

Mennonite Disaster Service Early Response Teams are scheduled to arrive in Florida on Oct. 10 to clear debris and muck out homes.

“We continue to stay in close contact with churches in the impacted areas, as well as with our partners within National Voluntary Organizations Active in Disaster,” said MDS regional operations coordinator Larry Stoner in an MDS release.

“This phase of assessment and planning is so important as we tap into a lot of wisdom in Florida from those who have responded to hurricanes in the past.”

Stoner urged people to pray not only for hurricane survivors in Florida but for those in the storm’s path.

“We want to send our condolences with those who have lost loved ones,” he said. “And, please, pray for our volunteers and the volunteers with our partner agencies who are getting ready to help and bring hope to communities that have been highly damaged and truly traumatized.”

LMC, an Anabaptist conference based in Pennsylvania, reported its congregations in Bauta, Cuba, suffered heavy damage.

Beatriz Mendez, president of Concilio Iglesias Evangélicas Shalom en Cuba (Council of Shalom Evangelical Churches in Cuba), said the second floor of the church building in the community must be rebuilt because all the walls were close to collapsing. The new building for children’s ministry also lost its roof.

Hundreds of thousands of people in Puerto Rico were still without power in early October, two weeks after Hurricane Fiona.

MDS had cleanup crews from Ontario on the ground Sept. 30 in Nova Scotia, cleaning up fallen trees in the town of Antigonish.

“I know there is lots of damage in many parts of Atlantic Canada,” said Nick Hamm of the MDS Ontario Unit, which was sent to support MDS’s Atlantic Canada Unit. “Based on what I know right now, I expect there may be lots of work for us there.”