If Jesus stopped by and wanted to see my house, I would say:

“Well, when we bought this old fixer-upper farmhouse in 1988, it needed a lot of fixing and upping. The limestone rock and concrete foundation looked pretty solid, and we needed the extra room, so we added an A-frame upstairs. Years later, we attached the garage with a library/guest room on the second floor. And then, years later, we thought about putting a new basement under it, but we decided to put that money into a sunroom instead.

“Since then we have done several things to support the foundation,” I would explain. “We have rerouted water that was coming in and eroding the limestone rock. We’ve added concrete braces to the basement walls. It doesn’t look like the house is sinking. But someday, something will have to be done to guarantee that this house is on a solid foundation.”

And then Jesus might mention a passage of Scripture about a tree planted by a stream (Psalm 1). He might remind me that he fulfilled the law, so “delighting in the law” is delighting in him.

And he might go on to say that delighting in him is more than a cozy friendship. He might say it isn’t enough just to listen to him or praise him or put his name on your car tag.

And then I might say: “But seriously, Jesus, what does it mean to build my foundation on you?”

And he might say: “Well, like I’ve said before, love the Lord your God with all your heart, soul, strength and mind, and your neighbor as yourself. That pretty much sums it up.”

And then he might get a funny little smile and say: “And now are you going to ask me who is your neighbor? I have a story about that, too.”

We would laugh together.

We would talk some more, and Jesus might say that building my foundation on him doesn’t mean there won’t be any storms.

“In fact, if you knew there wouldn’t be storms, why would you need a strong foundation?” he might say. “The whole point of a solid foundation is because there will be storms.”

At some point, Jesus might say softly, “You know it’s not all about you, Carol, don’t you?”

That’s when the tears would slip out. I would know — I do know — that Jesus’ love for me is no more and no less than for every other soul in the world.

I imagine Jesus’ words: “The world is full of your neighbors who are in storms. Does your house have room for any of them?”

As you can imagine, that question is fodder for much discussion.

As you can. Imagine.

What would you say?

I imagine Jesus saying: “After my death, my friends were all huddled together in a room. They were scared and uncertain and in the worst emotional storm possible. They needed the strength they could draw from each other. They thought I was gone but, of course, I wasn’t.”

“Peace be with you.”

I imagine Jesus continuing: “Build your foundation on me. Bring your neighbors into the house. I love you.”

Carol Duerksen is a freelance writer and editor and on staff of Springs Forth! Faith Formation Inc., which publishes multiage curriculum online. 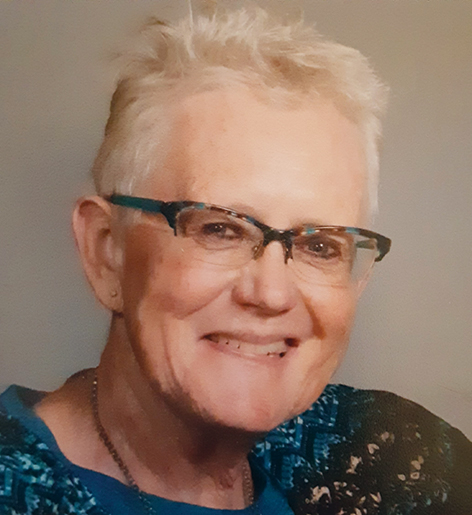