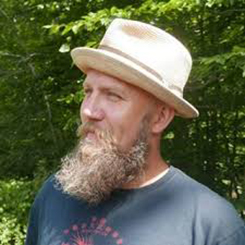 Some of my first memories consist of visiting a loved one in jail. From a young age, I was troubled by the authorities, and by age 13 a social worker was assigned to me. By 15, I served a very brief stint in a maximum security juvenile facility. And for the next decade, I was in and out of jail for various reasons, finally serving time on drug charges in a South Korean prison before being deported. It was that last stint when I began to again seek Jesus—or, rather, found Jesus in the jail cell with me.

The U.S. attorney general has ordered the first federal executions in decades.

Are Americans just more prone to criminal behavior than people in other countries? Or perhaps the privatization of U.S. prisons and their lobby groups in D.C. have something to do with the mass incarceration.

Add race to the equation, and the system is seen as utterly corrupt and broken. According to Stamped from the Beginning: The Definitive History of Racist Ideas in America by Ibram X. Kendi:

As a pastor and theologian, I wonder where we might find Jesus in the complexities of the U.S. prison system? Surveying the Christian Scriptures we see that Jesus consistently identifies with the criminal and imprisoned. In Luke 4, when Jesus lays out his ministry, he says:

“The Spirit of the Lord is upon me,
because he has anointed me
to bring good news to the poor.
He has sent me to proclaim release to the captives
and recovery of sight to the blind,
to let the oppressed go free,
to proclaim the year of the Lord’s favor.”

We are confronted with the stark reality that we must choose a side. Do we side with Jesus and the imprisoned, or the self-righteous and those who prefer punishment over mercy and the possibility of transformation?

Jurgen Motlmann’s book The Crucified God begins to give language to the public execution of Jesus of Nazareth. This term awakens us to the brutality of Christ’s suffering and death, and particularly how Christ’s teaching and experiences relate to those currently incarcerated in the prison system. Not only do we, followers of Jesus Christ, worship a crucified God, we also worship the incarcerated God, and the God who suffered a state-sanctioned, legal, execution.

Several years ago I was part of a prayer vigil outside of the Immigration and Customs Enforcement detention center on Varick Street in Manhattan. As we prayed, Alexie Torres-Fleming, founder of Youth Ministries for Peace and Justice, prayed these words: “Jesus, you said that we would visit you in prison. We are here, O Lord!”

We need to ask ourselves: If God sides with the criminal and imprisoned, shouldn’t those of us who follow the way of Jesus also be deeply concerned with those in prison, as well as the prison and criminal justice system? Shouldn’t we too be visiting Jesus behind bars, and working to transform the prison system, and put an end to state-sanctioned executions? Shouldn’t we be standing with Christ, who promises life, rather than in the crowd clamoring, “Execute him! Execute him!” (Luke 23:21)?