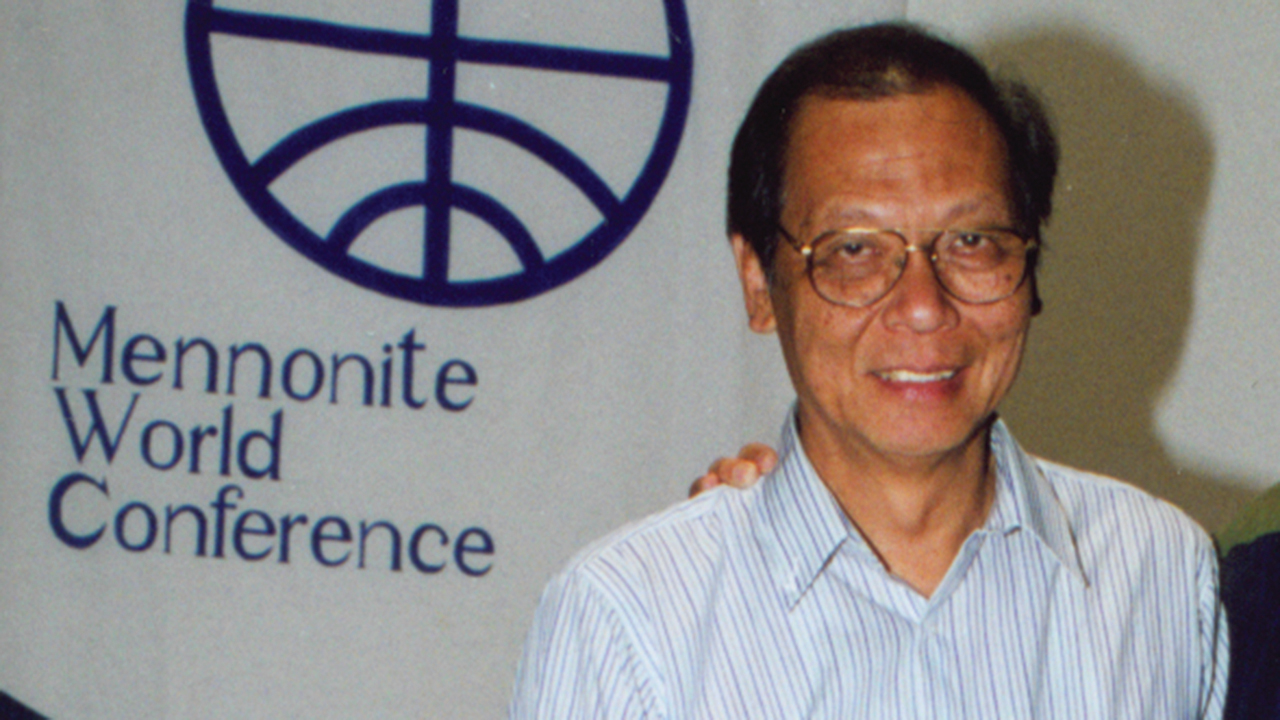 Mesach Krisetya was president of Mennonite World Conference from 1997 to 2003. — Anabaptist World File

Mesach Krisetya, 83, an Indonesian theologian, professor and academic administrator who was president of Mennonite World Conference from 1997 to 2003, died Sept. 30.

Upon his conversion to Christianity, he created a new name for himself to mean “fireproof man, loyal to Christ”: “Mesach,” from the name of one of the Hebrew men who were not consumed by fire in Nebuchadnezzar’s furnace (Daniel 3), and “Krisetya,” meaning follower of Christ.

“The Anabaptist Mennonite family has lost a loving, gracious, fatherly, humble and God-fearing leader,” said Danisa Ndlovu of Zimbabwe, MWC president from 2009 to 2015.

During Krisetya’s term as president, MWC entered ecumenical dialogue with the Catholic Church and the Lutheran World Federation. In 2002, at the invitation of Pope John Paul II, he participated on behalf of MWC in a Day of Prayer for Peace in the World.

His 1993 address, “From Dependence to Interdependence in the Global Church,” delivered to the General Council in Zimbabwe, influenced the development of MWC’s identity as a spiritual community. He envisioned MWC as a place “where every member of the body feels accepted and needed.”

Krisetya received a master of divinity degree from Goshen Biblical Seminary, clinical pastoral education from Prairie View in Newton, Kan., and a doctor of ministry degree from Claremont School of Theology.

This summer, ill health prevented him from participating in the MWC assembly in Indonesia, but he welcomed small groups into his home for the encouraging conversations he was known for.

“The relationship with Mesach was one of the most precious gifts I received during my 22 years with MWC,” said Larry Miller, MWC general secretary from 1990 to 2011. “He . . . was a source of inspiration to keep the faith to the end as I watched him incarnate the meaning of his name.”

Henk Stenvers of the Netherlands, MWC’s current president, said: “Mesach was a giant: a tall man who lived out Anabaptist values of humility and grace. His vision for MWC is what we are still building on. We remember him with gratitude and love.”

He is survived by his wife, Miriam; two children and five grandchildren.