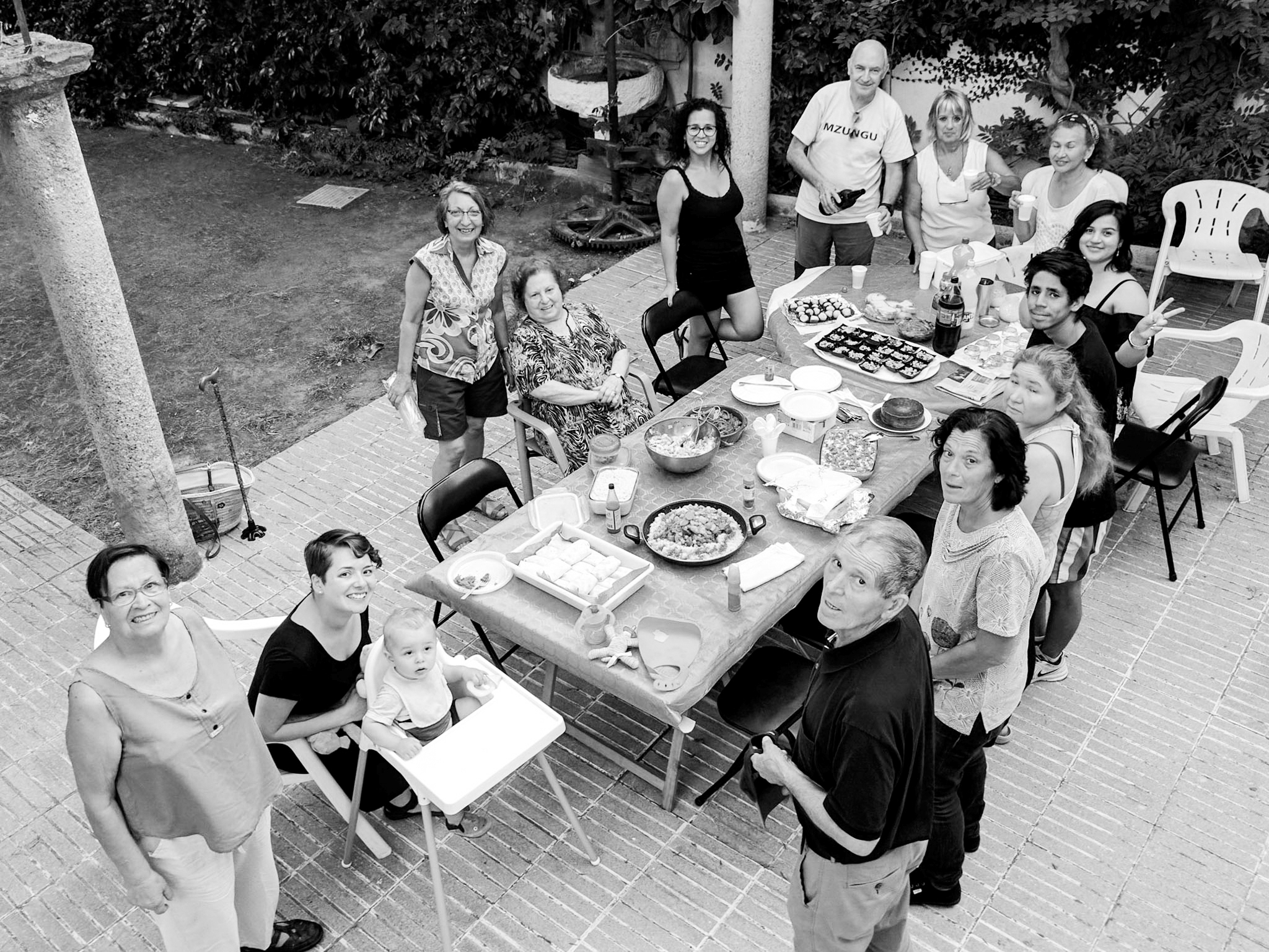 When someone says “mission work,” it’s all too easy to just think about ministry in developing countries. But tell me what it’s like to be a mission worker in Europe.

Alisha:  In Europe, we’ve found that young people have a strong sense that there’s something bigger and unexplainable moving both in their lives and throughout the world. In the past, it was the church that would guide such folks through their spiritual journeys. However, the institutional church is moving closer and closer to the fringes of society, and lots of people are questioning its relevance in today’s world as many church communities cling tightly to the past and refuse to change.

Joshua:  We are hopeful, however. The narrative throughout the Hebrew Scriptures tells the story of the Israelites’ path constantly drifting from God and then returning, with critical moments punctuated by prophetic voices that help realign their priorities and vision as a people. We believe the church is in a time of transition – metamorphosis, even – and we’re hopeful the Anabaptist perspective can serve as that voice as we support the emerging church.

That’s a good reminder. So, why Spain?

Joshua:  We felt called to a post-Christendom context, and entertained the idea of serving in different places—Belgium, Northern Ireland … but doors kept closing. Except for Spain.

So we visited four of the Anabaptist churches in Spain (Alisha only joined the first trip because she was eight months’ pregnant during the second) and asked, “What are the needs of your community?”

We took a very Old Testament approach of saying, “God, if you want us to ‘consider this,’ then we need you to make that abundantly clear for us.” The first time we visited Burgos, we asked if we should consider Spain. The second time, when it was just me (Josh), I asked God to show exactly where we were being called. And each time, God answered – again, very much in the style of what you see in the Old Testament.

Alisha:  And, to be clear, this is not how we normally operate. We’re not accustomed to making such strong, specific requests to God. But, because discernment seemed to be such an important factor in our future, it felt like this is what we needed to do to be clear about what God most desired from us. Incredibly, God answered each question in very specific ways.

Joshua:  And then we met people from La Comunidad Evangélica Menonita in Barcelona.

And what did they say?

Joshua:  Before sharing what Alisha and I felt we had to offer, I was floored as they began listing things like developing an environment that encourages and supports youth, engaging in and rejuvenating worship, and developing some social programs that would allow the church community to engage and benefit the local neighborhood.

These are the exact areas of our lives that had been deeply transformed during our time [in Lithuania] at LCC International University. For example, we both had experience in working with high-school youth before LCC, but learned a lot about leadership development in young adults. I was a musician when I entered LCC, and I became a third-way worship leader. While at LCC, Alisha learned about what a restorative justice model of discipline might look like, and replaced the former punitive model.

It was a profoundly holy experience to realize that, if we had come immediately to Spain instead of spending our time growing and developing in Lithuania, we would not have had the skills and experience they needed.

God had been shaping both us and them for this moment.

David, at what point did you know that you wanted the Garbers to work in your church? How did you know?

David:  On the visit when we received Josh in March 2016, several of us felt very strongly that this community could be his place. A week later, at the retreat for leaders of the Anabaptist churches of Spain, in Madrid, the Lord confirmed to me that the Garbers were the companions of the journey that he had chosen for us. In the months that followed, the vision of serving together in Barcelona was confirmed to them as well as to us.

It’s amazing how God works! So, what were your next steps in the discernment process?

Alisha:  When our son, Asher, was born, Josh, Asher and I came back to Barcelona and visited the church together. In our 10 days in Barcelona, we had several meals with 40 people—everyone in the congregation!

Joshua:  One Sunday, we shared how we felt called to serve in their community, but told them that it was very important if the church were to call us that they would be willing to become Asher’s extended family—aunts, uncles and cousins that he’d otherwise miss growing up abroad.

Afterward, the congregation asked us to wait outside of the church while they discussed.

I bet that was nerve wracking!

Alisha:  It was! Especially when we were called back inside. Everyone had a serious face until one person cracked a smile and they all yelled that they had decided that, yes, they wanted us to serve with them!

They even gave us a Star Wars onesie for Asher. We interpreted that gesture as an invitation for us to serve their church community, but also as a sign of friendship.

David, your church has committed to being a family for the Garbers – especially for Asher. Can you explain how you are going to do this? Can you give me some examples?

David:  Perhaps it would be wiser for Josh and Alisha themselves to answer this question … “Josh, Alisha … what attitudes and actions have made you feel that you are part of our family?”

Joshua:  When we arrived in Lithuania, it took us a very long time to feel like we had developed/earned deep, trusting relationships. Now, although there is a definite newness to our relationships with folks here, there is also an unprecedented deepness that I believe only comes as a result of a very concerted effort by the church community—in spite of a language barrier (although that obstacle is gradually decreasing).

David:  Our intention and desire is to involve them in all aspects of community life, and to feel our support in practical matters, in helping with the needs or doubts that may arise, as well as feel our love for them and Asher, who is beautiful, and we like to take care of as the baby who is already part of our family.

Alisha:  Going out into the church community with Asher feels as though we are in the presence of some kind of weird, little celebrity. Everyone constantly dotes on him and already some folks have declared themselves as “aunt,” “uncle,” “grandma,” etc. Some people are even describing Asher as the mascot of the church.

It’s still early, but how do you feel about working together so far?

David:  We have been working together since June (2017), and I am very happy. In addition to the personal “feeling,” we are laying the foundations of a long-term relationship, from deep love, sincerity, faith and shared vision of Christianity, and mutual patience. Building involves time and dedication, and right now we are all working in that direction with much joy and hope. Specifically, they have been very actively involved in the ministry of music and praise, children and youth, and the Diaconia, which is a group of volunteers from the church who are committed to the maintenance and development of the community house and the people who live there. We have already begun to see small fruits, which make us feel excited.

Joshua:  We have felt our call confirmed in small, significant ways already, and are excited to see where God is taking all of us.

Keep up-to-date with Alisha, Joshua and their son, Asher, at www.WorthwhileAdventures.org.