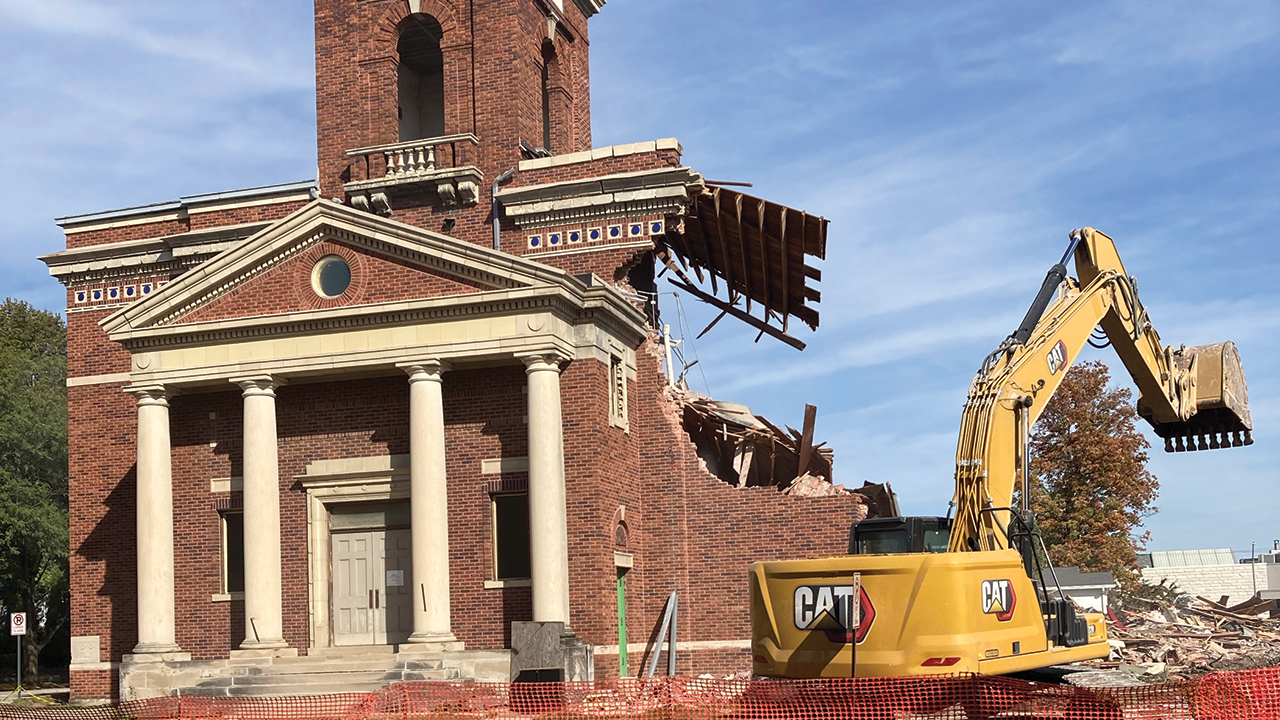 A large, historic church building that was the home of Cedar Falls Mennonite Church in Iowa for much of its existence was demolished Oct. 4 to make way for a residential development.

The congregation sold the large brick building about five years ago after determining the aging structure did not meet their needs. After spending about 20 years in the building, the congregation now rents space three blocks away at a Presbyterian church.

“We realized the building was getting in the way of our ministry,” Pastor Bob Brown said. “It took up so much time and so much money, it wasn’t who we desired to be. . . .

“It had no ground-level doors. It had asbestos and an old, inefficient heating system that cost about $3,000 a month to run in the winter to keep the pipes from freezing. The bricks needed to be tuck-pointed.”

There were concerns the bell tower could fall and any effort to improve the building’s efficiency would cost hundreds of thousands of dollars.

Brown said he had been told the structure was built in the 1850s and expanded around the 1920s when it was home to a Methodist church. Cedar Falls Mennonite Church spent about five years in discernment before deciding to sell.

“They realized we are not a historical preservation society, we are a Jesus society,” Brown said. “I was there as the building was torn down. I tried to be a presence, because it’s a loss for the community. People got married there, got baptized there. I spent time praying as the church came down that the church can be good stewards, make good stewards and not have showy buildings but be faithful servants.”