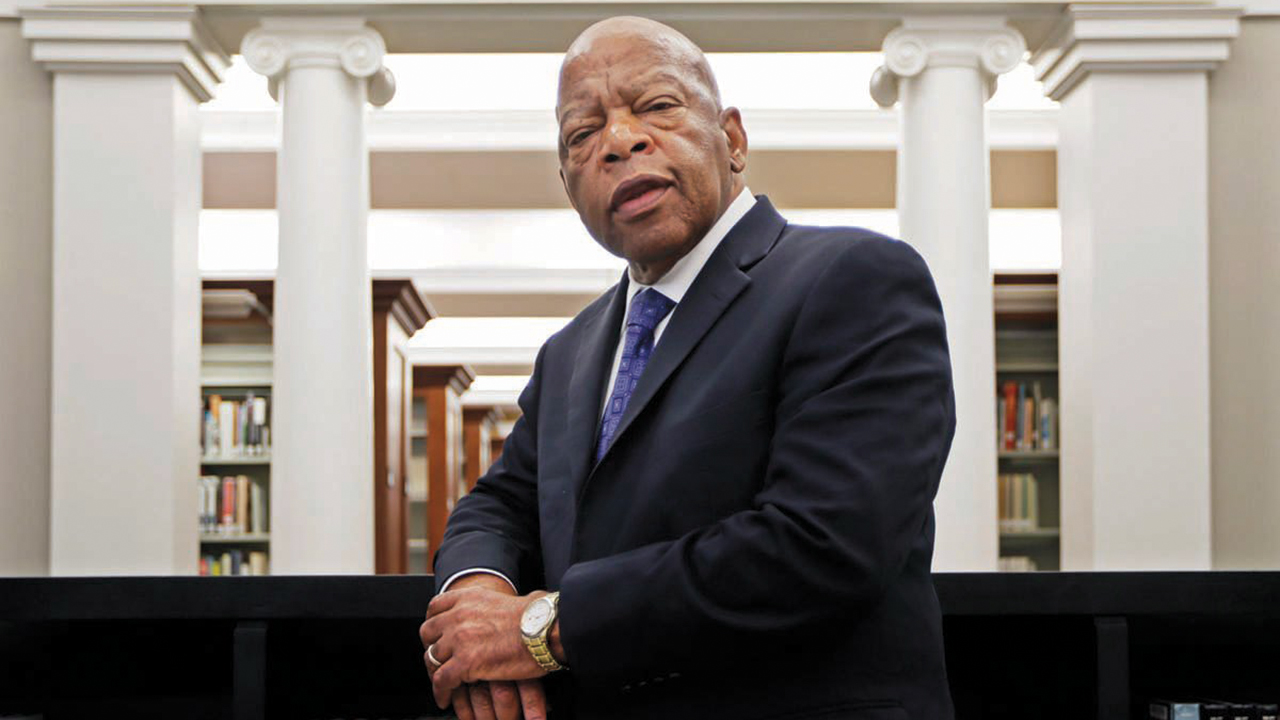 How can a Christian be political and stand in the delicate spot Jesus described in John 17:14-16, in but not of the world?

We can’t sidestep the question. Being in the world means being political. Broadly defined, politics is the system of organizing public life and resources. One can abstain from voting but not from participating in the political order.

In a U.S. election year, a narrower version of politics claims our attention. This year especially, many voters yearn to restore decency, competence and compassion to the nation’s highest office.

One of the most divisive presidential campaign seasons in American history has ended, but the fear, mistrust and hatred stoked by lies and conspiracy theories will not be easily overcome.

Yet followers of Christ must hold on to hope and seek to be reconcilers and healers. We can take part in the political process (“in the world”) while being guided by a different set of values (“not of it”).

These values include honesty, truthfulness, love of neighbor, humility, compassion, hope and a passion for justice.

Do such qualities even exist in politics at the national level?

They do among those who follow the example of John Lewis.

Until his death on July 17 at the age of 80, Lewis applied the principles of the Sermon on the Mount to his political action. He did this long before Georgia voters elected him to Congress in 1986. With a commitment to nonviolence and racial justice shaped by his Baptist upbringing and seminary study, he modeled a style of politics as close to Anabaptism as one is likely ever to see in Washington.

In His Truth Is Marching On: John Lewis and the Power of Hope (Random House, 2020), historian Jon Meacham describes Lewis as “in the world but not of it” as he recounts Lewis’ nonviolent defiance of racism as a young leader of the civil rights movement.

Arrested more than 40 times, Lewis never struck back when assaulted, most famously on “Bloody Sunday,” March 7, 1965, during a peaceful march at the Edmund Pettus Bridge in Selma, Ala.

“Some of us gave a little blood to re­deem the soul of America,” he said. The work of redemption continues.

For Lewis, it was no surprise that the nonviolent fight against segregation and prejudice was led not by politicians but by Christian ministers, supported by people of faith from all walks of life who felt called to defy racism and demand justice as an expression of their love of God and neighbor.

There’s an interpretation of Jesus’ command to “give Caesar what is Caesar’s and God what is God’s” that probably goes beyond what Jesus meant but gives sound advice to citizens of a democracy: We should give Caesar what Caesar needs.

What does a representative government need? Our votes and our voice. Our prayers. Sometimes our peaceful protests. There can’t be good outcomes without good input.

As John Lewis showed, political action by people of faith who follow Christ’s way of peace can awaken the conscience of a nation.

In the afterword to His Truth Is Marching On, Lewis offered a hopeful benediction: “I think there’s something brewing in America that’s going to bring people closer and closer together. Adversity can breed unity; hatred can give way to love.”

Lewis and other civil rights leaders often spoke of seeking the Beloved Community, which Lewis defined as “nothing less than the kingdom of God on earth.” He never lost sight of that vision, and neither should we.