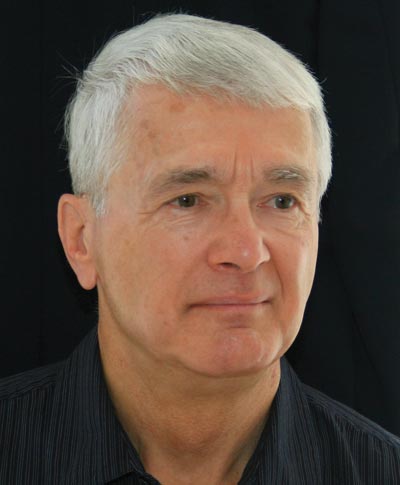 A parable for today

In the parable of the laborers in the vineyard (Matthew 20:1-16), a landowner goes out early in the morning to hire workers for his vineyard, promising them the usual daily wage. He goes back to the marketplace to hire more workers at 9 a.m., promising to pay them “whatever is right.” He does the same at noon and again at 3 p.m. and finally at 5 p.m. When the working day ends, he instructs his manager to pay all of them the usual daily wage.

The workers who had put in a full day grumbled against the landowner, who replies, “Friend, I am doing you no wrong; did you not agree with me for the usual daily wage? Take what belongs to you and go; I choose to give to this last the same as I give to you. … Or are you envious because I am generous?”

The moral of the parable is simple: The generous landowner assumes that all his workers have similar basic needs, and all should go home with enough at the end of the day to feed their families. The parable shows that God’s sense of economic justice is far superior to ours in its insistence on meeting basic human needs from day to day.

Matthew 5:45 tells us that our Father in heaven “makes his sun rise on the evil and on the good, and sends rain on the righteous and on the unrighteous.” Here we see as well that divine justice includes a measure of generosity.

When humans run things, it is possible to insure that basic needs go unmet. The current poverty guidelines established by the U.S. Department of Health and Human Services for the contiguous 48 states (Alaska and Hawaii are higher) define poverty for a two-person household as an income of less than $14,000, and for a household of four, $21,200.

The federal minimum wage recently advanced to $6.55/hour. An employee who works 2,000 hours per year at the federal minimum has a gross annual income of $13,100, a mere 62 percent of the poverty guideline for a family of four. Do the bureaucrats who define the poverty threshold and the legislators who set the minimum wage ever talk to each other? Do they even inhabit the same country? This kind of hypocrisy has been national policy for many years.

In Canada, the minimum wage is set by the respective provinces; the overall average is $8.40.
In Unexpected News, Robert McAfee Brown discussed the famous passage in Matthew 25 in which Jesus presides over all of human history on judgment day and asks who gave food to the hungry, a drink to the thirsty, who welcomed a stranger or gave clothing to the naked.

Brown sums it up in these words: “Giving food to the hungry or clothing to the naked is not a charitable handout but an exercise in simple justice—restoring to the poor what is rightfully theirs, what has been taken from them unjustly. So Jesus’ vision is not a plea for tax-deductible donations but a fervent cry for justice, for setting right what has gone wrong.”

In light of this country’s longstanding failure to pay an adequate minimum wage, we need not look far to see who has been unjustly treated and realize that much of what we buy is the work of underpaid laborers.

The parable of the laborers in the vineyard shows that, in contrast to the financial bailout engineered by the U.S. government, in God’s economy the concern starts at the bottom by first meeting the daily needs of the least among us. It is a truly radical economy and quite the opposite of practice in the United States.

Our nation’s economy offers unlimited wealth to those who can achieve it and unending poverty to those trapped in it. Though people differ greatly in their ability to earn a living, Christians can never cite this to excuse a lack of concern.

The United States has redefined but not abandoned the concept of slavery if we institutionalize economic servitude by paying a poverty-level minimum wage. To enjoy great prosperity when it is based on the sacrificial labors of chronically underpaid and often overworked people is to ignore the lessons of this parable in particular as well as the general concern for the poor in both Old and New Testaments. The Bible gives the wealthy nowhere to hide.