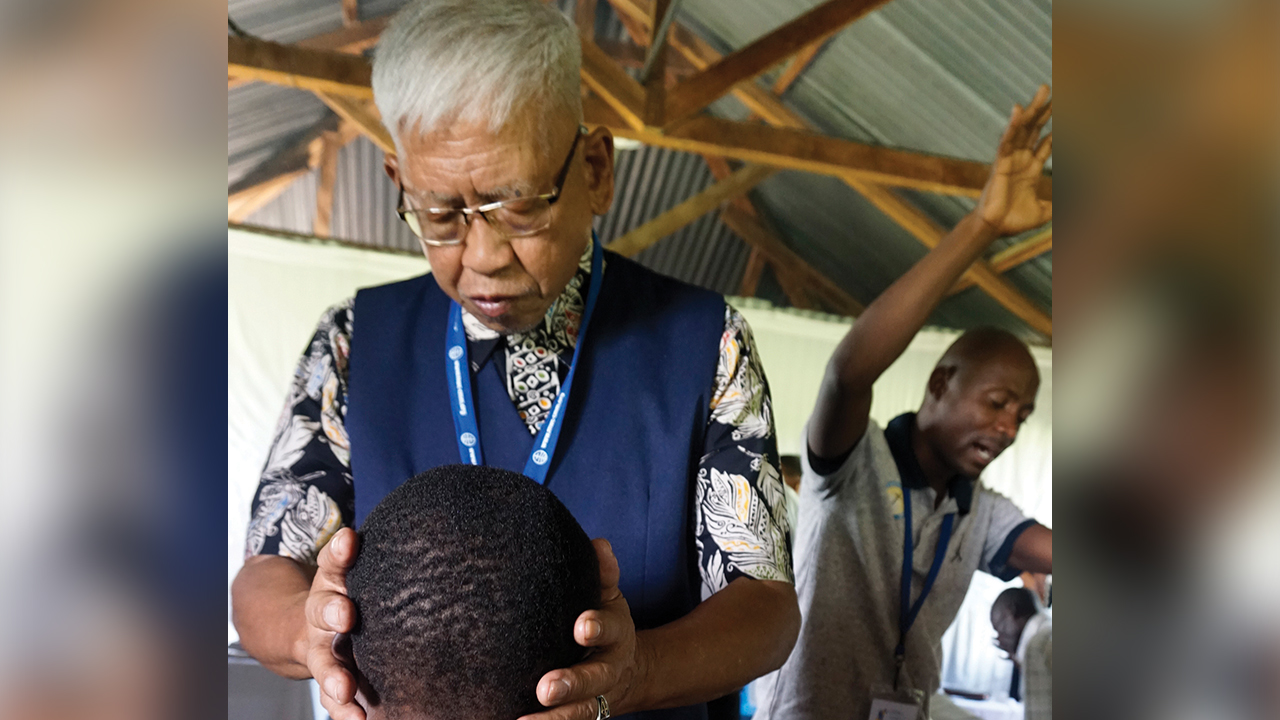 Ambrocio Porcincula, 82, a Men­nonite leader in the Philippines known for preaching with Pentecostal-style exuberance, died Aug. 8 after suffering a stroke.

Porcincula served on the Mennonite World Conference General Council for several terms. He is remembered for his stirring address to the MWC assembly in Zimbabwe in 2003.

After attending a service at Lumban Mennonite Bible Church in 1986, Porcincula diverted from his dream of becoming mayor to becoming a pastor. He first took a leadership position in the Integrated Mennonite Churches of the Philippines in 1991 and was installed as bishop in 2000.

He is survived by his wife, Silvina, and a son, daughter-in-law and four grandchildren.

“We rejoice in faith that he is now singing Hallelujah and dancing and jumping nonstop in the presence of the Lord,” said Eladio R. Mondez, deputy bishop moderator of the Integrated Men­nonite Churches.