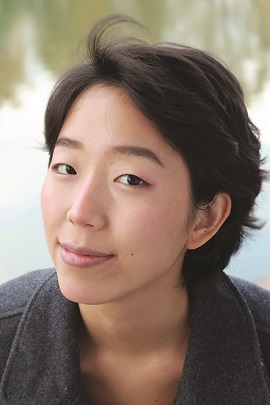 This is a web-exclusive article on the theme “The presence of beauty.” For more stories on this theme, see the May issue of The Mennonite.

Entering an art museum was entering a sacred space. It was pristine, laden with recently lacquered wooden floors, lit with warm lights and surrounded by silence, with the exception of the occasional hush of the scattered attendants. My mother introduced me to this space before I entered grade school.

To be surrounded by this world was an experience I would learn to relish. I experienced the Greco-Roman period, renaissance period and, my favorite, the impressionist period. The periods following the 19th century prove such a stark contrast from the realist paintings before. Artists weren’t bound to gravity, rules of light and perspective. I was surrounded by movement, energy and vivid color that knew no boundaries. Color leaped from palette to palette; skin color could be blue or green; figurines could be flying through the skies; a clock could be melting. It was the impossible, personified.

From then on, I was on a pursuit for beauty. From perusing images of Edward Degas’ moving ballerinas, to the jaw dropping experience of stepping into Yayoi Kusama’s polka dot infiltrated world, I realized that once I had stepped into this art realm, there was no going back. From a single painting to an oeuvre of the artist, I received a glimpse in the many unique facets that an artist experienced, a little glimpse into how their brain worked; their perspectives were unique to their own, and it could never be replicated as each held different experiences to shape their realities.

One such artist is Mexican painter Frida Kahlo, famously quoted for saying, “They thought I was a surrealist…but I wasn’t. I never painted dreams, I painted my own reality.” Her physical ailments and relationships would deeply impact her work, especially her self-portraits, while using colorful flora and fauna as well as cultural influences in her lifetime.

Conversely, there are artists like Marc Chagall who indeed painted dreams. His works have been titled “Poems in Colour,” representing a midnight reverie and quintessential dream-like works that border on fantasy. In contrast, French artist Henri de Toulouse Lautrec captured everyday life inside brothels and bars, prostitutes and their interactions; instead of the expected sensationalism of such topics, he painted observational portraits that carried compassion. German artist Käthe Kollwitz drew the suffering of the working class and, following the 1940s, drew about the horrors of war.

Each artist carried a different tale but all came forth to create. Some were poor, some rich; some were disillusioned after the war and some became revolutionaries; some were able-bodied and some suffered physical ailments; some depicted sexuality and painted taboo subjects; some suffered from discrimination and some reaped in their privilege. The artworld was a cesspool of humanity, but it was also a place I could also understand and relate to.

And within this pit, the artists taught me tolerance, empathy, humility. The diversity in the works they produced became a magnum opus for the human emotion. They were expressing their experience and offered it to the public and I wholeheartedly welcomed their invitation to see what they were seeing.

I once heard that the reason Shakespeare was so popular was because he had captured all the range of human emotions. If Shakespeare could do so with a drama, then surely artists have individually portrayed one emotion or all, within the frame of their canvas. More importantly, they were sharing that with me.

As an artist myself, who more or less hesitantly attends a Mennonite church, I frequently am reminded that within the Christian tradition, many people are not willing to accept the invitation to learn, observe or listen to different ideas and perspectives. Rather than question their own resistance to accept the invitation for diversity, the people who I have met and who have responded to my work often implicate the artist–the other, the stranger–for bringing what they saw as controversial.

In the context of my art, most responses I’ve received from church folks have little to do with the art itself and more with their own implication. “Isn’t it a bit too provocative?” is a common response to my personal expression, alongside silence. Some have expressed that I frequently draw women, which comes to a satisfactory and accusatory conclusion that “[I] must be a feminist.” I say nothing. Generally, I showcase my work without my personal narrated opinion because I don’t want to imply my opinions on the audiences’ interpretation. Most critiques toward my work have nothing to do with the format or structure of the work, but the content. For a church-related publication, I was told that a part of the body may have sexual implications to certain audiences. Similarly, when I drew a nude figure, one church member assumed, “You must not go to church.”

I only draw what I know and have experienced. My intention is only to reflect on the experiences on what makes us human. If people of God’s church cannot accept an illustration, or in other words, a different perspective and interpretation of a person and their understanding of their world, I can’t help but wonder how the process will work when it comes to the church becoming more inclusive of not just art but of people.

Generally, critiques and trite comments affect me only as short-lived fuel for my creativity. I continue to draw feet, women, nude figures and so forth. But the message remains clear when I hear these words: my ideas are not welcome or feel foreign. These responses challenge my ideal of a Christian community, a community that welcomes the stranger.

The human story always remains incomplete and is not sanitized for one perspective. As I mentioned, the world of artists and their works plainly reflect the beauty of what makes us human. As an artist, I find it a duty to capture these moments that exist in every pillar of society and I share with the public to cultivate empathy. There is an obvious key figure in the Bible who also embraced all the different emotions, failures, histories and realities of people.

Sometimes a museum, with the interaction of all the different artwork and artists of the past and the present, feels more like a church than the church itself. In the art world, the influence of diversity is evident and necessary. Different ideas generate more creativity, new ideas and conversations, and the artwork becomes more valuable, but even then an art museum still lacks all the voices at the table.

If diversity is a tune that is sung in the church, and if we truly believe diversity is a blessing, then I think the Mennonite church should be ready to answer why. Just as God exists everywhere, we must work to seek God, while widening our knowledge and relationship with people we’ve yet not met, even in the cracks and corners of illustrations, murals and paintings hung in the corners of our decrepit universe.

Dona Park is a Korean Canadian artist and graphic designer in Abbotsford, British Columbia. For more, see www.donapark.com or @itsadona on Instagram.