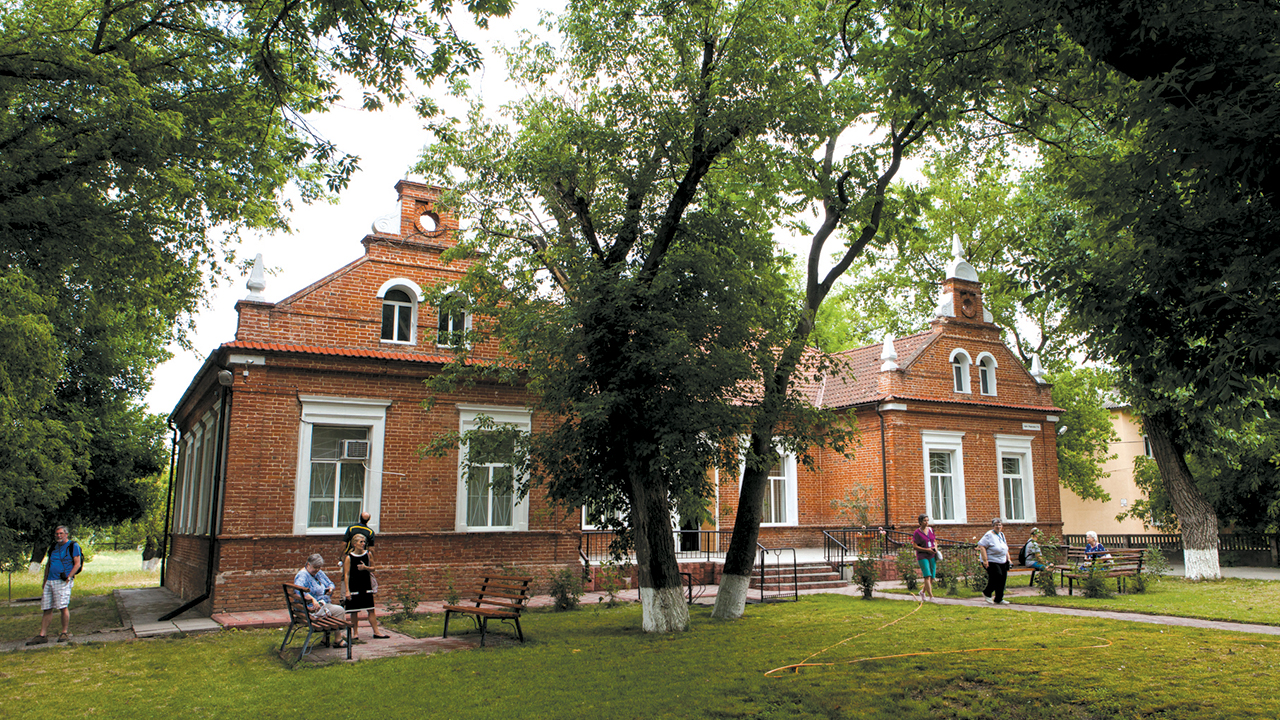 MCC staff is based in Zaporizhzhia, less than 200 miles from the eastern border. Evacuated personnel include four adults and two children: Rob and Rebecca Hessenauer and their children of Philadelphia, Micah Epp of North Newton, Kan., and Andrea Shalay of Winnipeg, Man.

Laura Kalmar, MCC Canada director of marketing and communications, said Ukrainian staff who remain are following security protocols and are in touch with MCC leadership to determine next steps.

“The safety and security of all our staff and partners — and, indeed, all the people of Ukraine — are of utmost concern,” she said Feb. 16.

While Ukrainians have been on sustained, routine alert since the long-running dispute began in 2014 when Russia seized the Crimea region, the military buildup that began in January heightened tensions.

Roman Rakhuba of the Association of Mennonite Brethren Churches of Ukraine (AMBCU) said those tensions were compounded by hospitals overwhelmed with COVID patients, stoking fear and uncertainty.

“Most of our churches are located five to 100 kilometers (three to 60 miles) from the front line, and we see with our own eyes a large number of weapons,” he wrote. “About a month ago, a law was passed in our country that makes most women of working age liable for military service.”

Rakhuba wrote that there have been threats of land mines being placed at children’s institutions, including in Zaporizhzhia where schools have been evacuated for several days in a row due to such threats.

“All the pastors of the Mennonite churches are developing a plan for responding to hostilities and evacuating people,” he wrote. “… All the pastors of our churches understand that in case of war we will not run away, but we will take our families out and will be evacuating both believers and nonbelievers. This is our calling as Christians and our responsibility before God.”

Friends of the Mennonite Centre in Ukraine operates an assistance center in Molochansk, south of Zaporizhzhia, serving people experiencing extreme poverty in former Mennonite villages. The Canadian-sponsored organization has not had a North American director on site for two years due to the pandemic, but board chair Alvin Suderman has been in weekly contact with manager Oksana Druchinin.

The center has typically fed meals to about 60 seniors three times a week, but lately the number has doubled as the pandemic and inflation push families to begin joining the seniors.

“There is a sense of fatalistic calmness in Ukraine,” Suderman said Feb. 14. “They have been assured by their president that the invasion will not occur. …

“At our insistence, they have stockpiled some nonperishable food in case of disruption by an invasion so that our meal program could continue. We have also repaired and tested our backup generator and increased our supply of propane should the electricity and gas supplies be interrupted.”

The Mennonite Benevolent Society, based in Winnipeg, sponsors the Mennonite Family Centre, which provides programs for seniors and children with special needs in Zaporizhzhia. Project director Louie Sawatzky said all 32 of the center’s staff are local citizens, and contingency plans essentially continue changes made for the pandemic.

“We will continue the programs where we can, with home-care workers working out of their homes as they do now, and as much as possible, run the other programs as we are able,” he said Feb. 14. “… There are so many uncertainties related to the threat of war, but also outside of that, not the least of which are whether seniors will continue to receive their small pensions, which is their only income; whether inflation, which is already well over 100% for many goods, will continue; and whether goods will be available.”

Mennonite Economic Development Associates has supported a variety of projects to increase small-scale horticultural yields and incomes in Ukraine since 2014 and was in the final stages of concluding operations before the latest round of tensions with Russia.

“This project was originally designed to be in some parts of eastern Ukraine and Crimea,” said Scott Ruddick, MEDA director of security. “When Crimea was invaded, we shut that down and we redid the programming. The reason the programming is ending is because the project life cycle is done. The shutdown really has nothing to do with the current state of things, it’s just circumstantial.”

Ruddick reported MEDA canceled recent plans for some representatives to travel to Ukraine. MEDA’s field operations ended in December, and the last office will close in March.