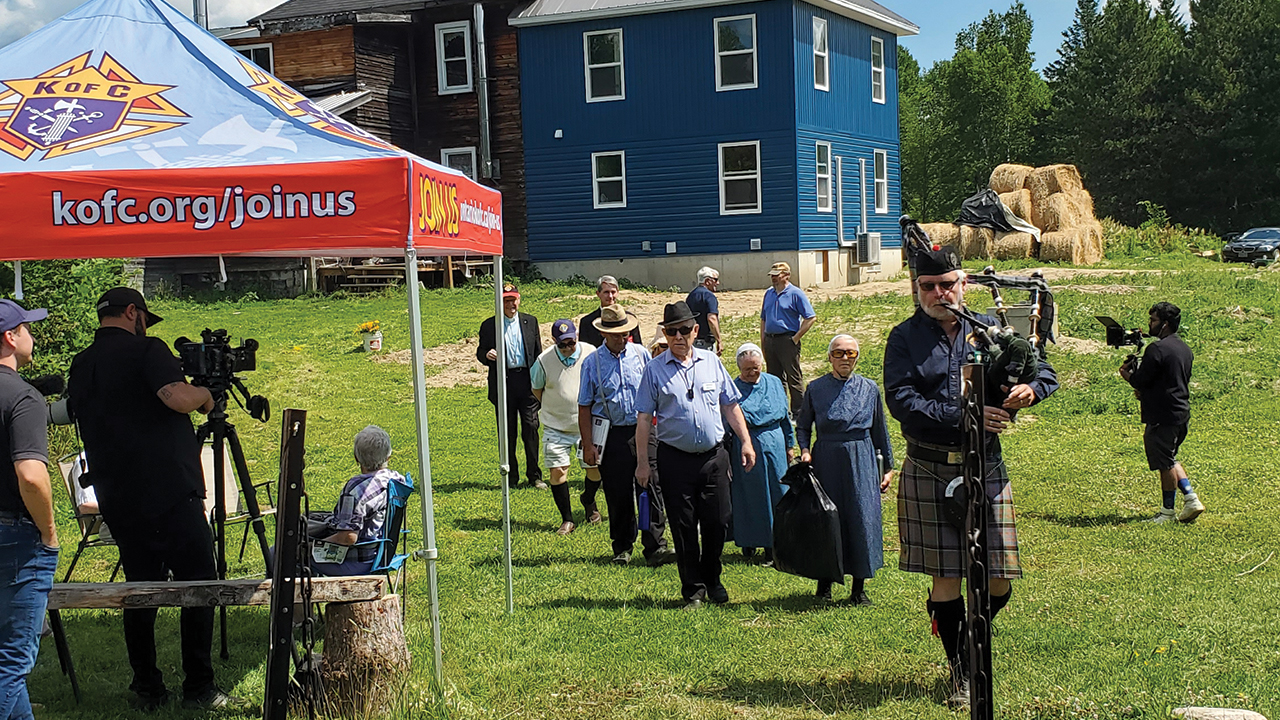 Led by a bagpiper, the Mennonite Disaster Service Ontario Unit and the Catholic Knights of Columbus dedicated an addition to the home of Marc and Carole Jobin in Barry’s Bay, Ont., on July 16.

The addition was built by volunteers from MDS with support from Knights of Columbus councils at Ot­­tawa’s Saint Patrick Basilica and Barry’s Bay.

It allows the Jobin family — Marc, Carole and their nine children, including Marie-Ange — to live together in the same house.

The family was separated in 2019 ­after Marie-Ange suffered a brain ­injury at birth. She requires a sterile and temperature-controlled living space, something not possible in the family’s century-old farmhouse.

Since her birth, Marie-Ange and her mother had been living in a rented house about a 15-minute drive from the farm, where the environment could be better controlled.

The situation was stressful since the children couldn’t see their mother or sister on a regular basis. It was also an added expense for the one-salary family.

“I felt this was certainly God’s will to get our two groups to work together in faith, hope and charity for a family needing help,” said Donald Macdonald, Grand Knight of the Saint Patrick Basilica, who played the bagpipes at the event.

“My brother Knights came away from the event with a deeper love for the Mennonite community and greater respect for MDS than they could ever have imagined before.”

The Jobin family received a quilt from MDS, made by women from Beachburg Mennonite Church, part of the Markham-Waterloo Conference, an Old Order Mennonite group.