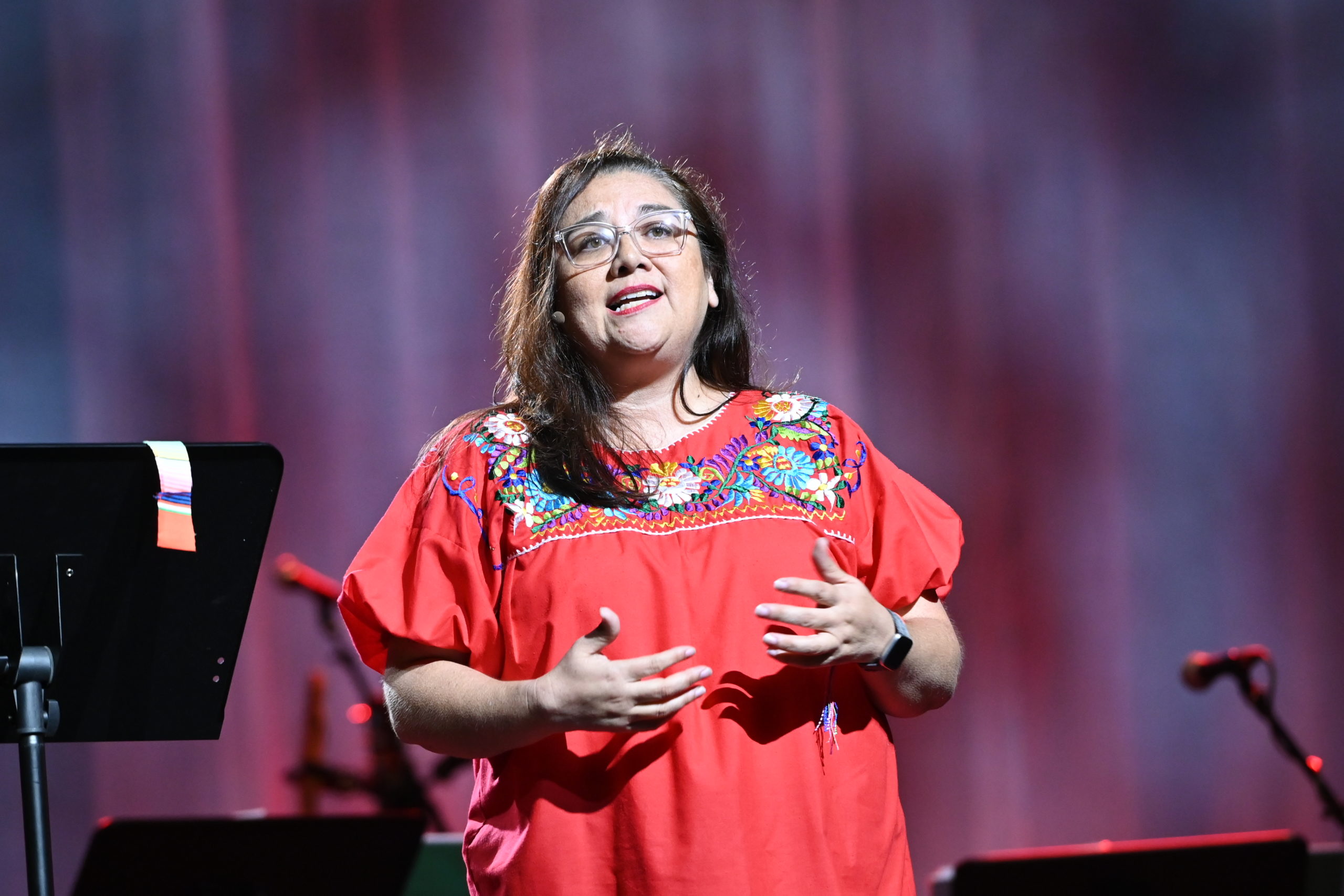 Ana Alicia Hinojosa’s father’s condition was grave. Suffering from COVID-19, he struggled to breathe. A nurse told her to prepare for the worst. Only 10 percent of people admitted to the hospital in his condition survive.

Hinojosa believes what happened next was a miracle.

She told the story of her father’s illness and recovery in her address to the Mennonite Church USA convention on July 8 at Duke Energy Center.

“I truly believe there is a purpose that COVID happened,” said Hinojosa, immigration education coordinator for Mennonite Central Committee in Brownsville, Texas. “It was for us to see the power and the healing of the God we serve.

“My dad is living proof.”

Hinojosa’s father had been in denial about having COVID. Finally, after 43 days of illness, he went to the hospital with multiple organ failure.

He spent three days in the intensive care unit but was never intubated.

On the fourth day, he was moved to a regular room.

On the seventh day, he went home.

Hinojosa believes her father recovered because he reached out to receive Jesus’ healing power — like the woman in Mark 5 who touched the hem of Jesus’ garment and was healed of an issue of blood.

“The woman had to put action behind her faith and seek Jesus,” Hinojosa said. “She had to reach for her healing.

“The miracle is right there. We have to [take] action.”

The power that healed her father is available to all.

Hinojosa drew a broader conclusion from her father’s recovery.

“We are going through storms as individuals, and as churches, and as a society, but all we need to do is reach for the hem of [Jesus’] garment to get his healing and feel his peace in the eye of the storm,” she said.

Hinojosa believes God’s word for God’s people at this time is the same as Jesus’ words — also in Mark 5 — before Jesus raised Jairus’ daughter from the dead: “Don’t be afraid. Just believe.”

Because of that faith and trust, Hinojosa said, Jesus will grant the peace that passes understanding.

In keeping with the convention theme, “Bring the Peace!,” the service included a video presentation by John E. and Michele Miller Sharp, parents of Michael J. “M.J.” Sharp, who died in March 2017 in the Democratic Republic of Congo at the age of 34 — murdered by those who felt threatened by his peacebuilding mission with the United Nations.

The Sharps told of the ripple effects of M.J.’s life and death — including Congolese parents naming children after M.J. and the establishment of a scholarship fund at Eastern Mennonite University for students from the DR Congo to study peacebuilding.

“Countless young adults who have heard this story say, ‘I want to do something like that,’ ” John E. Sharp said. “That is a priceless gift to us and to the world.”

The biennial convention of MC USA continues through July 10.