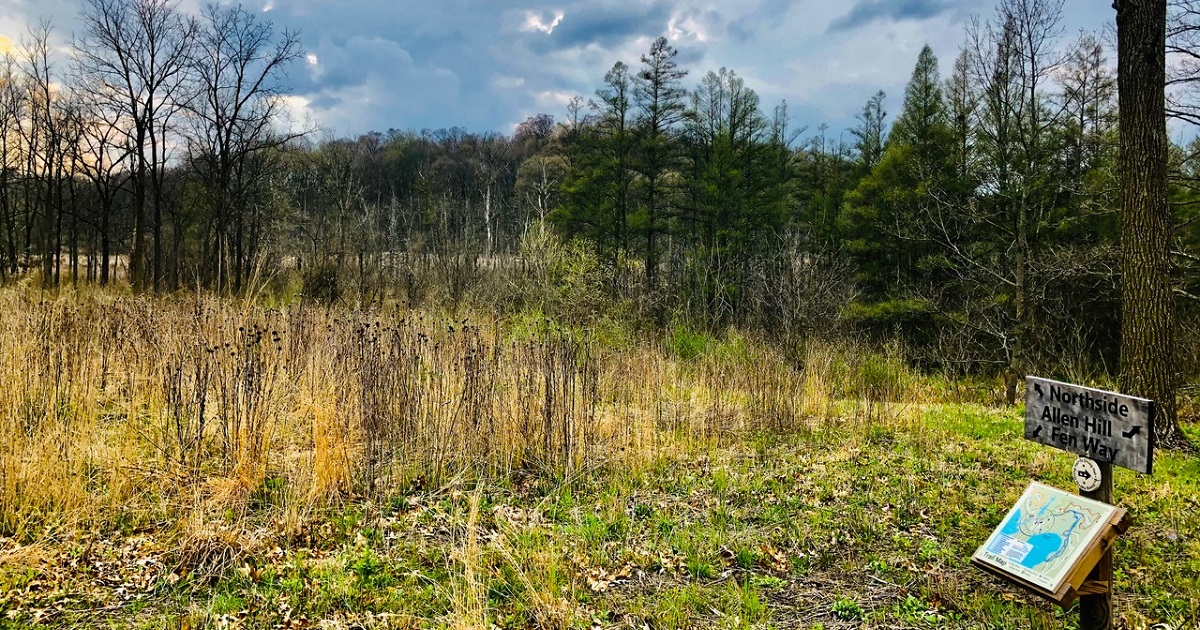 Photo: A scene from Camp Friedenswald in Cassopolis, Michigan. Photo by Skye McKinnell

Summer camps were not designed for social distancing.

With gaga ball and capture the flag, close-quartered cabins and campfire worship, food preparation and meal times in the dining hall, “the whole idea of summer camp is about embodied experiences together in a physical place,” said Jenna Liechty Martin, executive director at Camp Friedenswald in Cassopolis, Michigan, one of 29 camps in the Mennonite Camping Association (MCA).

By May 12, due to the coronavirus outbreak, 13 MCA-member camps had decided to cancel or suspend their summer youth camp programs. They are:

On April 22, Friedenswald was the first to announce the cancellation of summer youth camps, marking the first time it will be without summer camp in 70 years.

“While we don’t have clarity as to what the orders would or wouldn’t allow come June, we anticipate that there will still be some restrictions in place that make running a youth camp really challenging, if not impossible,” Liechty Martin said.

For organizations such as Amigo Centre in Sturgis, Michigan, and Beaver Camp in Lowville, New York, cancellation of summer programming could mean a loss of more than $100,000.

“Some camps are weathering the storm with austerity staff and budgets,” said Keith Zehr, outgoing MCA president. “Other camps, particularly those who may be carrying a debt load or have recently completed construction projects, are facing a difficult future.”

Matt Ropp, executive director of Amigo Centre, reports that the camp is approaching losses of up to $160,000 following the cancellation of summer camp on April 30. Those at Beaver Camp anticipate a loss between $78,000 and $155,000 depending on whether or not summer camp takes place.

Ropp and others in leadership at Amigo Centre have begun to plan for increased fundraising efforts. An annual golf scramble typically held to raise money for a camper scholarship fund at Amigo will now go directly toward the camp’s finances.

Still, it won’t be enough. Ropp and directors of other Mennonite camps note the importance of their donor constituency.

“Donations don’t erase the deficit, but it has certainly provided us with a lot of hope and made a lot more possible,” he said.

Many of the camps have applied for a Paycheck Protection Program loan, including Rocky Mountain Mennonite Camp in Divide, Colorado.

For Rocky Mountain, the loan will supplement 10% of its annual revenue. Summer programs make up 30% of the camp’s revenue, according to executive director Corbin Graber. In a state where camping is a primary industry, Graber notes the loan was a priority and will allow the camp to continue to hire up to 30 summer staff members.

“We can’t have summer camp without summer staff,” said Jenelle Roynon, program director at Rocky Mountain. “So if we tell our summer staff to not come, then the decision to not have camp is already made for us.”

The Colorado camp has taken a different approach than several of the other MCA camps, choosing to wait until two weeks prior to any camp program before announcing a final decision.

“We figured anything less than two weeks was too quick,” Roynon said. “We didn’t want to cancel.”

Graber still notes there is a chance of cancellation, as they wait for word from the state.

“We will only proceed if we can ensure the safety of campers and staff involved,” Graber said.

As some camps adjust to this time of waiting, others such as Camp Friedenswald and Amigo Centre are beginning to craft creative alternatives for campers at home.

“When people have come here in the past, we’ve always encouraged them to get off their phones, and now that’s one of the main ways for connecting with people, on social media,” Ropp said.

Amigo Centre has published a “Camp at Home” page on its website where campers can print out spring bingo, a geology scavenger hunt or animal coloring pages.

“Everything we do at camp is about bringing people together and being together,” Liechty Martin said. “We’ll have to think very creatively in the future about how we can make this happen.”

MCA plans to offer a free one-year membership to Mennonite camps in response to the financial strain presented by current conditions and does not anticipate the loss of membership fees for the year to put MCA in the red.

“We were preparing to celebrate 100 years of Mennonite camping this past March,” Zehr said.

“Mennonite camps are in a perilous position these days,” Zehr said.

He’s concerned about the possibility of permanent closure for some camps. But directors of Mennonite camps are not at that point yet.

“When it is safe to [open], places like camp are going to be as needed as ever,” Liechty Martin said.

Mackenzie Miller is a Goshen College intern with MWR and The Mennonite.